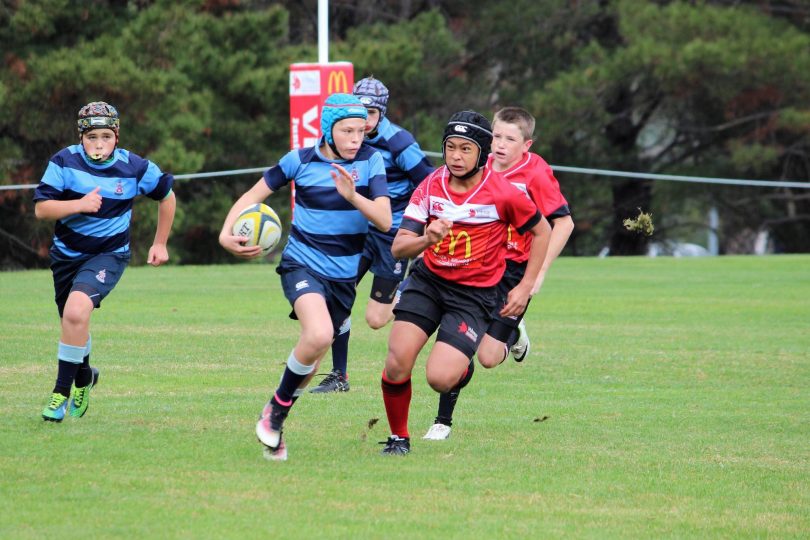 Alanna Davis has vivid memories of the moment the life of her son TJ changed forever as a car crossed into her path 16 kilometres beyond Braidwood on the Kings Highway.

Like many Canberrans, Alanna, TJ and another passenger were heading to the South Coast on 19 December 2017, brimming with optimism, contemplating a fun-filled holiday at the beach.

Alanna remembers the sickening sound followed by the horror of seeing her 13-year-old son in enormous pain in the agonising minutes after the crash.

TJ was airlifted to Canberra Hospital. Surgery was performed on his perforated bowel resulting in the loss of 10 to 15 centimetres of his large intestine, and loss of his appendix and lower abdominal muscle. He had fractured ribs and three days after surgery, his lung collapsed. 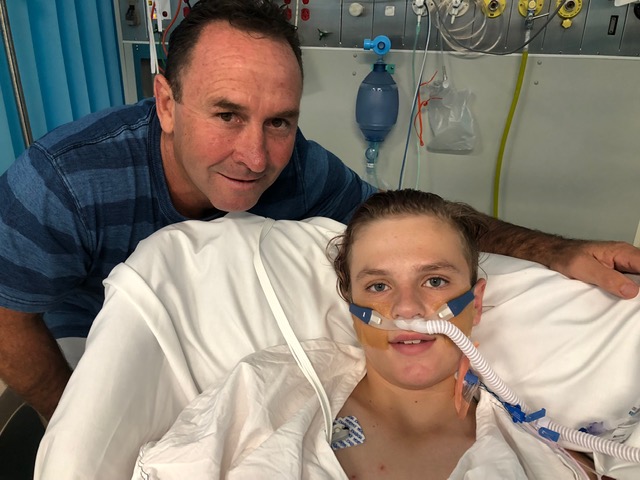 TJ with Ricky Stuart on Christmas morning in ICU.

He spent eight days in ICU and was eventually discharged 21 days after the crash. He had effectively undergone three surgeries.

Over the next 12 months he was in and out of hospital. In May, he underwent stoma reversal surgery followed by surgery in September to remove two adhesions that were strangling his large intestines.

As you can well imagine, school and sport were taking a backseat. In fact, at one stage, he was told he may never play football again. For a kid passionate about rugby league and rugby union this was particularly hard to comprehend.

Sensing that sport could be the key to his mental recovery, Alanna launched the #Footy4TJ campaign in which prominent sportspeople sent messages of support. And this was just what was needed.

TJ had never given up hope of playing football again and he worked hard towards this goal; he was in the pool doing hydrotherapy sessions, and there was personal training. His will to overcome was incredible.

Finally in March this year, 16 months post-car-crash, he was given the all clear to train with his team, the Queanbeyan Blues Under 15s. Initially, that involved no-contact sessions.

TJ progressed to be named on the bench for his return to football last weekend.

Days before his comeback, TJ said, “I’m excited, but also nervous about playing. I just want that first tackle to be over and done with. I feel safe playing with my teammates and am looking forward to being part of the team again.” 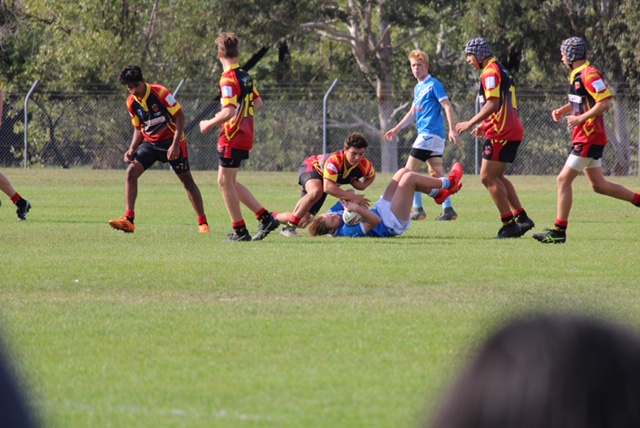 TJ playing his first game since the car crash off the bench.

Alanna becomes emotional as she trawls through the journey taken by her son to get to this point. “I was really happy to see him at training. Tears ran down my face. I want to see him happy again and I know that football brings out his happiness. He has been supported by an incredibly dedicated and skilful medical and rehabilitation team that have helped to get him to this stage.”

TJ came off the bench in his return to rugby league. His team won, but the result was of little consequence compared to the battle he faced to get to this point. Alanna says TJ’s mental health has improved dramatically following his return to the field. She says it was the circuit breaker he needed. 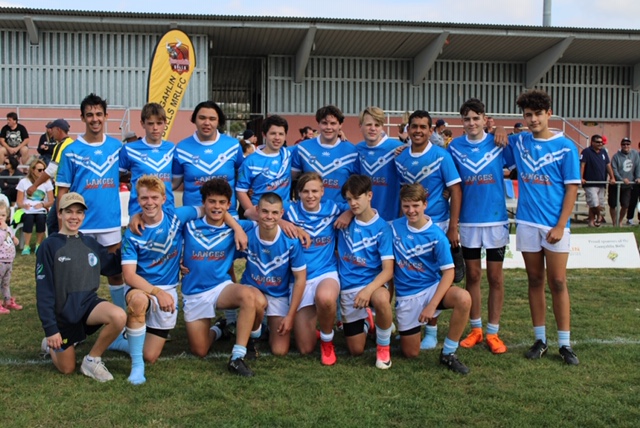 TJ with his Queanbeyan Blues teammates.

But rather than focus on his personal struggles, TJ and Alanna are using this experiences as a platform to raise awareness about the consequences of road trauma, and the incredible and necessary work performed by the medical staff at Canberra Hospital and the ACT Red Cross Blood Service.

Encouraging blood donation is vital at this time of the year.

Sally Gavin from the Red Cross says, “The ACT needs 200 more blood donors over the Easter long-weekend until ANZAC Day for road trauma and cancer patients.”

You can contribute by making an appointment to donate blood on 13 14 95 or online at: donateblood.com.au. TJ has a Red25 team, which people are welcome to join when donating blood. This helps TJ to see how much difference his advocacy work is making.

This is a powerful story, maybe it eclipses the unfortunate, from time to time, negative stories surrounding our rugby players off field stupidities! What is highly likely is were it not for his rugby fitness at the time of the horror crash we would most likely be talking about a fatality.
It is the breadth and depth of this community that make the difference.