The Ellis Collective taking up residence at The Front 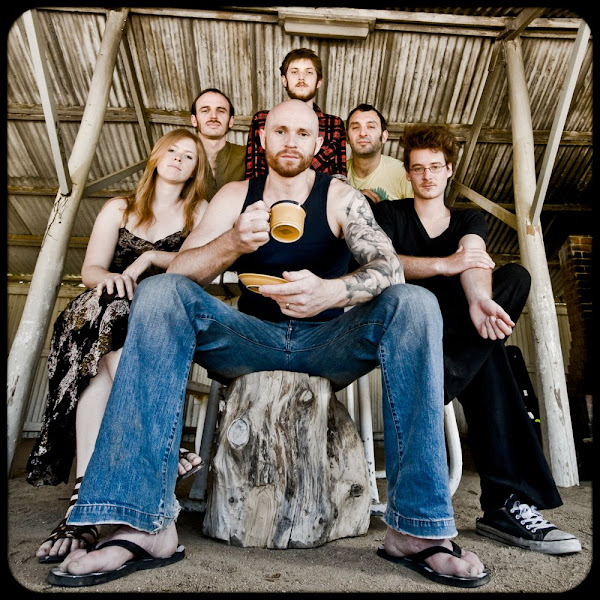 Fans of The Ellis Collective (which is pretty much any sane person who’s heard them) will be thrilled to read they’re booked solid at The Front this February:

Each week will feature a special guest performer and will include:

• The Understudy (Feb 3): The Understudy is the performing name of Novocastrian Lucy Hearn, performing a studious appropriation of a strand of indie-folk currently made popular by a number of this country’s prominent female artists. Let’s just say that if Holly Throsby found reason to drop out of public consciousness, The Understudy would have little trouble filling in.

• Lucie Thorne (10 & 24 Feb): Lauded for her unique voice, poetic lyricism, and tender-to gutsy electric guitar playing, Lucie Thorne has earned her place as one of the most striking lyricists and voices of Australian contemporary song. Lucie returns to Canberra off the back of a successful international tour.

• The New Gods of Thunder (17 Feb): TNGoT is the latest musical offering from Sanji DaSilva, one of Canberra’s favourite songwriting sons. His introspective lyrics and Dylanesque delivery are underscored by his ability to weave a story and capture a crowd with his boundless charisma and enthusiasm.

Tags The Ellis Collective the front

Bethany Williams - 48 seconds ago
Yuri Shukost ABSOLUTELY! That’s what we really won’t. Put the majors DEAD LAST, the Canberra Progressives first, then you... View
Christopher Stuart Veilands - 12 minutes ago
How about we have a look at the record of Labor, in particular on rates. Exactly how much have they increased, despite Barr s... View
Linda Stapleton - 12 minutes ago
Bethany are you running or simply being paid to plug them? View
News 2

Tara Murray - 35 minutes ago
Jason Livingstone not to mention the cull after that which in my opinion wasn’t necessary... View
Jason Livingstone - 2 hours ago
What was the number of wildlife lost due to the fires? 2020 has not been good to wildlife.... View
Business 2

Lin Van Oevelen - 2 hours ago
Kevin Hodder It has long been known that the infection fatality rate is significantly lower than the case fatality rate. Late... View
Darron Marks - 3 hours ago
And how many people can go and get this blood test ? I would personally like to know if I have any antibodies for it ?... View
Kevin Hodder - 4 hours ago
That just lowers death rate percent way more!!! proving the virus isn't as bad as it's made out to be View
ACT Election 5

Liv Ruth - 4 hours ago
Hi Jim Jim, if that is Covid debate you are talking about, this should be applied against everyone’s next rates invoice in... View
Food & Wine 4

Lina Haines - 4 hours ago
Beth Sheargold is like a review of Clementine Bakery please! View
Donna Butler - 6 hours ago
Lizzy Edwards and a catch up with meeeeee View
Property 14

Nicole Vassallo - 5 hours ago
Laura yes exactly!! Lovely family that owns and built this place, and such a stunning home... 😍 View
Laura Peppas - 6 hours ago
Nicole your neighbours? 😱😍... View
News 2

Alison Gerrard - 7 hours ago
As kids, we first saw Susan Ryan in the 70s talking from a podium in Garema Place. Passionate about anti discrimination and e... View
Property 34

Martin Miller - 13 hours ago
Elroy Jones developers aren't providing it so what's the government doing? Oh light rail will transform the area? Have to say... View
Elroy Jones - 14 hours ago
Martin Miller do you think those things just arrive by themselves? View
show more show less
*Results are based on activity within last 7 days

The Spring Equinox passed this week and the days are now longer than the nights, but a polar blast of...
Food & Wine 30

@The_RiotACT @The_RiotACT
Multicultural candidates from across the political spectrum say they are being subjected to race hate during the ACT election campaign, despite the fact that they are Australians first and foremost https://t.co/HaZX7hQYoB (1 hour ago)

@The_RiotACT @The_RiotACT
The number of wildlife killed or injured by motor vehicles on ACT roads has plummeted according to data from the ACT Parks and Conservation Service. Michael Weaver explains why 2020 has been good for wildlife https://t.co/9ZS8lImseP (2 hours ago)

@The_RiotACT @The_RiotACT
An ACT Labor TV ad is smug, divisive politics that will have their own supporters squirming in their seats, says Ian Bushnell https://t.co/z5yiIXJ2L4 (5 hours ago)