The Eurovision for Canberra suburbs is (finally) here 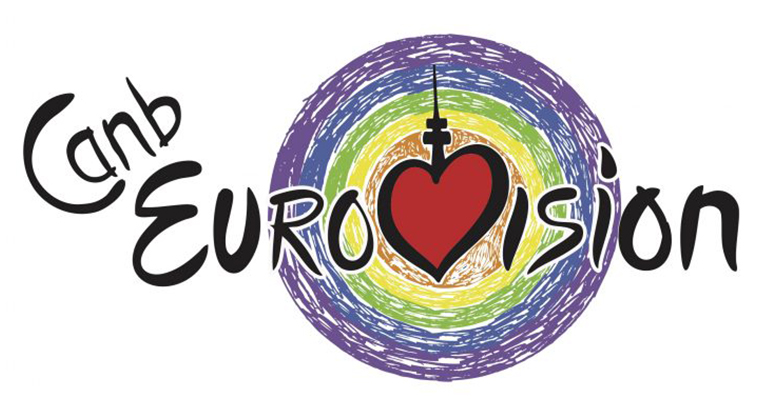 At last, finally, after all this time, following many years of it not being the case, Canbeurovision is a thing. If the name feels at all murky as to what exactly it is, Canbeurovision is just like Eurovision, but for Canberra. Specifically, it pits suburbs against one another in a performative war of song and spectacle.

“I’ve been sitting on it for years now,” says organiser/co-host/mug-keeper/ideas man Chris Endrey. “I don’t know why I didn’t do it earlier. I thought I’d have to beg my friends to fill one night but it turns out I have to beg strangers not to do it. But I’m conflict-averse, so everyone’s in over three nights now.”

What Chris says is true. Due to unexpectedly high demand, the once-modest idea has grown into a multi-night celebration of everything inspiring, sensational, and Canberra-based. 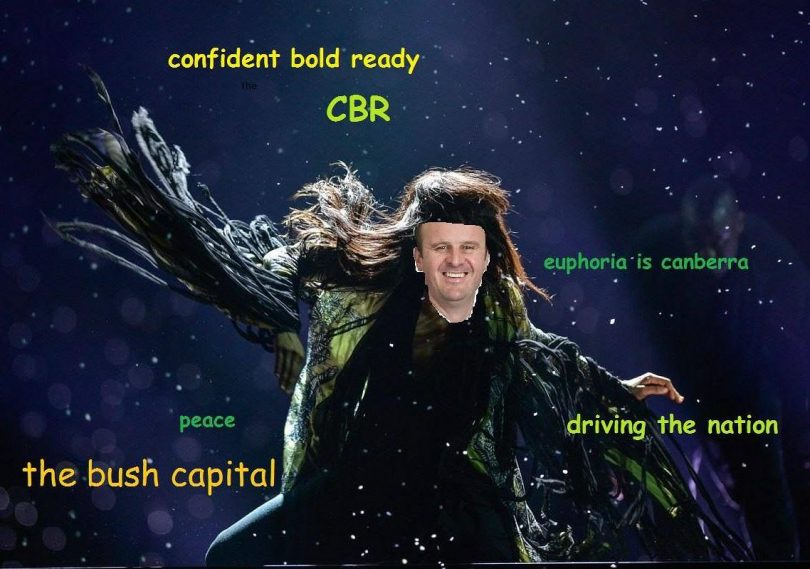 A series of bold and savvy memes form the backbone of Canbeurovision’s marketing strategy. Graphic: Supplied.

Contestants have between three and eight minutes to perform whatever they like, so long as it resembles the spirit of their home suburb through song. Turner, Isabella Plains, Rivett, Downer, Lyneham, Scullin and a couple dozen others are among the locales represented. That said, I was alarmed to find that Belconnen hadn’t attracted a single entry. But it seems the artistic closetedness of my stomping ground is far from the norm.

“I thought it was a fantastically dumb niche idea and it’d be a nice excuse to indulge in my love of Canberra for a quiet night with some friends,” says co-host and all-around Canberra enthusiast Jayne Hoschke. “But it turns out EVERYONE IN CANBERRA thought it was a fantastically dumb idea and it’s become more of a ridiculous fiesta than I can even comprehend.”

The competition now consists of two heats ahead of a final round at the Polish White Eagle Club in O’Connor on Thursday, June 8. Heat #1 took place over the weekend at Smith’s Alternative, with a second to follow on Saturday, May 26, also at Smith’s.

You can scroll through Canbeurovision’s newsfeed to discover a string of video evidence from the night, featuring ukeleles, violins, dance, many an original song, and more than a few Canberra celebrities.

“The bad news is it’s not a good money spinner because most of the seats are taken by performers,” says Chris. “The good news is I get my own seat for free. It’s definitely going to be annual from now on and next year I’m thinking three Polo heats and a final at the Playhouse. None of this is commercial in confidence.”

It says a lot about Canberra as a whole that we can happily pack out a room for a night of songs about – literally – ourselves, but not for world-renowned headline acts who we risk never again returning to the city.

Out-of-towners might call it self-importance. I just call it love.

UPDATE: Heat 2 has sold out. A third heat is being considered for Sunday, May 27.

Hit us with your suburb-specific song lyrics in the comments below.

Capital Retro - 8 hours ago
Australian universities are dreaming if they think Chinese students are going to come back because the leaders of China won't... View
Ol L - 15 hours ago
While the sun shined they didn’t put $ aside for a rainy day and now there crying poor. View
Community 6

May Mac - 15 hours ago
The only reason we switched to landfill nappies was the struggle to keep line dried reusables from stinking of woodsmoke in w... View
Phillipa Leggo - 16 hours ago
Well done Olga Imbriano - lovely article👏👏👏 View
Vickie Quinn - 18 hours ago
Sarah Quinn looks good I'll have to check it out! View
Food & Wine 23

A man who violently beat his ex-partner while their two-week-old baby lay nearby was hugged by elders after being released...
News 13

If Dick Smith could choose between the concrete jungle and the rural life, he'd choose the latter every time. Whenever...
Property 9