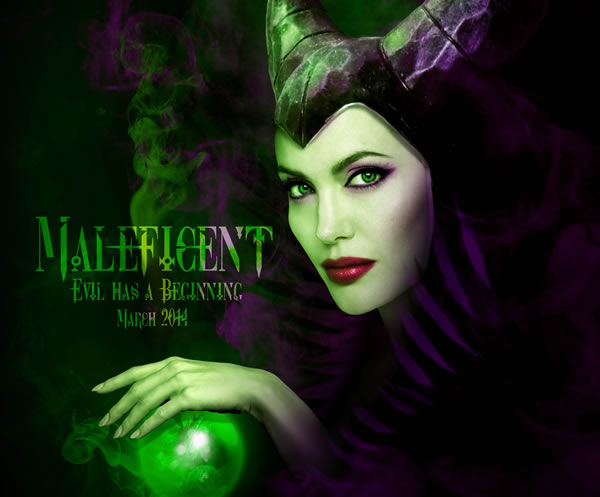 The fashion of films adapting famous fairy tales is still going strong, albeit with very few really worthy productions of note. Fortunately, there are always exceptions, and Maleficent is one of them.

Based on the classic Sleeping Beauty, Maleficent starts with the line, “Tell you an old story and see how well you know it”. The film takes a turn from the conventional script that has been rung dry. Instead of retelling the story of Aurora from Sleeping Beauty (Elle Fanning), the film instead shines a light on the origin and motivation of the evil fairy queen, Maleficent (Angelina Jolie).

Maleficent was nearly directed by Tim Burton, but disappointingly ended up in the hands of rookie director Robert Stromberg. The producers were extremely clever by not simply repeating the original story. I can sense this will be a slight Hollywood trend from now on, resuscitating old classics, taking the villain’s angle and leveraging off the brands previous success and fan base.

Maleficent is not a simple villain by any means. Who would give that name to a child?? – Was it to win public sympathy quickly? I’m not sure, either way this angle and motivation worked well, but mostly for the great performance of Jolie. Since the announcement of the film, it was Jolie who took to the front, being not only the principal but also an executive producer/actress. Contrary to what happens in most Hollywood productions where the director or studio is at the helm of the project. This is most probably the reason that made Maleficent a hit.

Maleficent has benefited greatly by the dedication of Jolie. Something the film needed. This is very lucky for director Robert Stromberg, as he attempts to prove himself as the new superstar of Hollywood.

Maleficent showcases breathtaking scenes rich with visual effects and exquisite cinematography paired with gorgeous set design and costumes. Unfortunately, the supporting cast does not stand out at all. Even the always great Sharlto Copley does not gain much airtime as King Stefan, more the fault of the script that does not take full advantage of his character.

Jolie shows the entire time to be having fun, moving deftly between funny scenes and other theatrical drama. Her performance wins the audience over and nearly convinces us to almost completely ignore the shortcomings of Stomberg’s direction.

The great special effects and stunning visuals, despite the excessive artificiality of the three fairies that protect Aurora, create a beautiful world for our entertainment. With the strong interpretation of Jolie, that’s enough to make Maleficent well above the average of fairy tales renovated in recent times.

If you are to watch Maleficent, and the kids will love it, make sure it’s at the cinema where you can take full advantage of one of the key driving aspects of the film, the animation.

Overall I give Maleficent 7/10.

Maleficent is now showing across cinemas in Canberra. Click here for cinemas and times.

Maryjane Lalliard - 24 seconds ago
Louise Anne I will come with you - we could have a cup of tea 🫖 😊 View
Chiara Jane - 4 hours ago
Courtney keep an eye out for your neighbour! View
Katarina Vucic - 11 hours ago
Interesting 🤔 View
News 44