The Postmasters Throw The Gauntlet Down 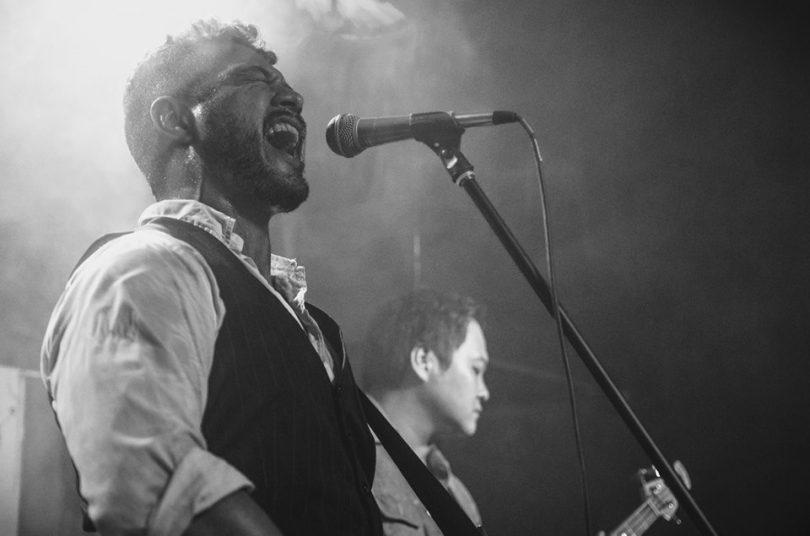 The Postmasters have been around for a couple of years now and in that time have become somewhat veterans of the Canberra music scene. In a town where new, decent bands are popping up every weekend, I can only imagine it must become hard to maintain momentum after a couple years under your belt. When a band starts to rise to the top of a local scene they can either grow stagnant and rest on their laurels, or they can move forward and let their live show rise to the next level.

After seeing The Postmasters launch their new single “State Of Mind” it’s become apparent that the band have no intention of slowing down. While still championing the edgy indie sounds they’ve become known for in the Canberra scene, The Postmasters took to the stage at The Phoenix and proved to the crowd the venue was theirs. The only thing possibly more commendable than the band’s stage presence was their lineup choice on the night.

Babe Fiasco kicked off the evening and set the bar high. Straddling the line between groovy and heavy, guitarists, Ryan Watts and Rhys Pitman, delivered a satisfying slew of jagged riffs that kept the crowd on their toes. Instrumentally the band played a game of tension and release using contrasting elements to keep things interesting. Whirling feedback built anxiously until the band relieved punters with snaking guitar lines that forced everyone to move their feet.

The band’s key weapon in their music is the juxtaposition between somewhat crushing riffs and soothing vocal melodies. Lead singer, Gabrielle Coates, sang in some sections while belting out a screech in others and chose her timing almost flawlessly. Coates sang with the angry style of a young Hayley Williams (before Paramore became too polished) and strutted the stage with a confidence reminiscent of Dallas Frasca. Babe Fiasco are a Canberra outfit worth keeping your eye on.

Flash Anthem took to a simmering stage and killed it against all the odds. It first needs to be noted that the band, who are typically a three-piece, were down a drummer. A lot of other acts would decide to cancel in the face of this type of adversity but Flash Anthem proved to everyone how dedicated they are. Guitarist/vocalist Blake Sheppard decided to spend the night behind the kit, while bass player Sam Thornhill extended his skills to the guitar.

What ensued was a pretty impressive feat. Sheppard, who juggled singing and drumming simultaneously, put on an incredible performance considering. While the vocals may not have been as clear as they could have been and the drums fills a little sloppy, this sort of added to the whole experience as Thornhill’s riffs melted some faces in the front row. With slinky albeit heavy guitar lines and a few covers thrown in (“R U Mine” by the Arctic Monkeys and “Out Of The Black” by Royal Blood), the duo overcame the odds. As a chameleon adapts to it’s environment, The Phoenix becomes a different venue many different times a week with each style that it features. Flash Anthem reminded everyone the role the venue plays best; the one of a dive bar. 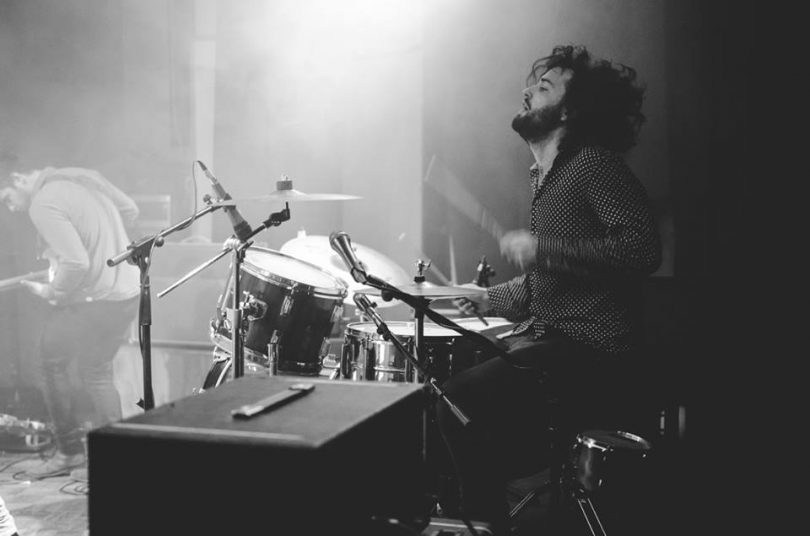 Brother Be took to the stage next and brought a little variety to the line-up. The combination of electric and acoustic guitars kept a familiar enough timbre in the mix whilst adding a new element that was absent from the previous two bands. Lead vocalist, Michael Rhydderch, has a knack for infectious melodies and his vocal lines did much to compliment the guitar work of Alan Hilvert-Bruce. Their rhythm section of Sammy O’Brien and Lynette Salazar knew their place and performed it well. They provided a driving foundation for Rhydderch and Hilvert-Bruce to create a soaring atmosphere above of.

The band have realised their best weapon is dynamics and they used it expertly. It’s apparent that Brother Be are an amalgamation of a number of influences and this creates unexpected paths in their music. The instrumentals just seem to creep up on you. An earnest, folk number will turn into an indie grunge-influenced jam before you’ve even realised it and you’re left wondering how they ended up here so effortlessly. One track who’s name I did not catch was especially prolific. Beginning with unassuming, acoustic chords the piece moved into a tribal rhythm, building up into a crescendo before dropping into a funky baroque pop section akin to early Vampire Weekend.

By the time The Postmasters took the stage the crowd were well and truly satisfied. The band faced The Phoenix with an understated confidence beyond their years. They wasted no time getting straight into the thick of it presenting unpredictable rhythms that belong equally in 60s Mod territory and early 2000s indie. The band know how to let each aspect of their music take the limelight when best suited. As calculated, offbeat drums and sporadic guitar riffs filled the pub the vocals droned over, acting as more of a background instrument than lead. In turn, when it was time for the vocals to demand attention with seductive exasperation, the guitars settled down knowing their time in the sun was done for the moment.

There was little nonsense between songs as The Postmasters let their tunes speak for themselves. They chose a hard line-up to follow and like any band worth their salt they rose to the opportunity and left victorious. If there was any doubt whose night it was meant to be they were eased by the end of The Postmasters’ set. The band showcased a presence onstage that exuded professionalism as well as familiarity. The Postmasters just let Canberra know that if they want it, this town is theirs.

Sean Jones - 4 minutes ago
Amy Jamieson i’m on my way! View
Chris Davis - 58 minutes ago
Hope they check out how Narooma runs it View
Steph Hamleed - 1 hour ago
Melanie Leedham bring the kids to this View
Opinion 46

Steve Hugler - 23 minutes ago
Troy Scott there’s still time for you to make a shot put comeback mate. 3 years and you could be at the Olympics!... View
Liam Timothy-Nesbitt - 2 hours ago
Tariku Fitzgerald-Holmes We’re up there... View
Mark Flack - 4 hours ago
Compare it to a little place call Crookwell in southern NSW ! View
News 35

Dee Kaden - 52 minutes ago
That could almost be 5,400 homeless off the streets!!! View
Slim Hunter - 2 hours ago
Natives or weeds that require watering?🤔 View
Lifestyle 24