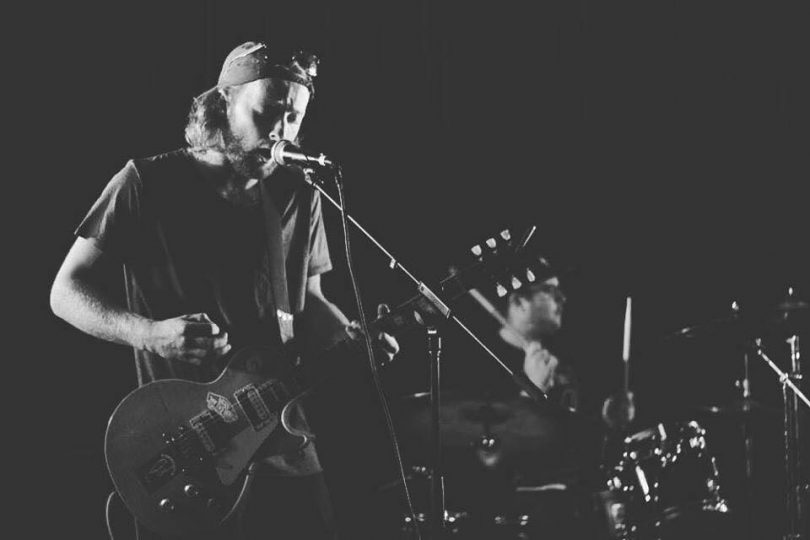 Check Parrots with Piercings out this Friday as part of HARD-FAST-LOUD at The Phoenix, starting at 7 pm. Photo: Johanna Vels.

Parrots with Piercings are an “alt-punk two-piece feed” who play HARD, FAST and LOUD, as is required of them this coming Friday at The Phoenix from 7 pm. Parrots with Piercings (whose Soundcloud page you can find here) will be playing alongside Black Heart, Big Kahuna, Charlotte & The Harlots and Prophecise for one big night at The Phoenix. Might want to bring your earplugs for that one!

Also on Friday, Big Gumbo Funk Band will be at the Austrian Australian Club hosting Bucky & Jeffro’s Pro Blues & Roots Jam, which promises to be a night of “New Orleans and funk grooves followed by jamming.” Entry is free! Meanwhile at Transit Bar, the fantastic Slow Dial will be headlining the bill as Feral Brewing Company showcase some new brews on the taps.

Saturday night will see the long-awaited Norwegian black metal gods Satyricon make their grand entrance at The Basement from 8 pm. They will be playing Perth black metal band Deadspace. Also on Saturday, the hard-workin’ Guyy will be over at the Old Canberra Inn, while at Smith’s Alternative there will be two jazzy launches with Rachel Thorne and IN2DEEP both dropping a new LP from 3 pm. At The Phoenix meanwhile, it’s a night of stoner rock glory with Melbourne’s Planet of the 8s playing at The Phoenix with Frozen Planet 1969, Mule and Monoceros, starting at 8 pm.

Lorna Towers - 33 minutes ago
You couldn't afford all the meat you get at a real Brazilian BBQ. View
Jodie Sharples - 4 hours ago
Julie Warren this answers our questions from yesterday View
Amy Stewart - 13 hours ago
Mark Turner this is what we drove past… View
Opinion 17

Julie Macklin - 34 minutes ago
Dingo Dom Shanahan No, the bus interchange needs to be better incorporated into the centre of the city, not removed. More peo... View
Richard Orchard - 1 hour ago
Retail space is always troublesome to rent out- it’s either that landlords want rents and leases, with personal guarantees,... View
chewy14 - 4 hours ago
JC, $60million a year for one stage of light rail that services a tiny minority of the population. With the government commit... View
News 63

@The_RiotACT @The_RiotACT
@CSIRO has proposed a new National Collections building to be constructed at Black Mountain Science and Innovation Park in Canberra at a cost of $70m https://t.co/74MuQPOFXA (53 minutes ago)