The Singed Sisters: a Canberra friendship forged through fire and food 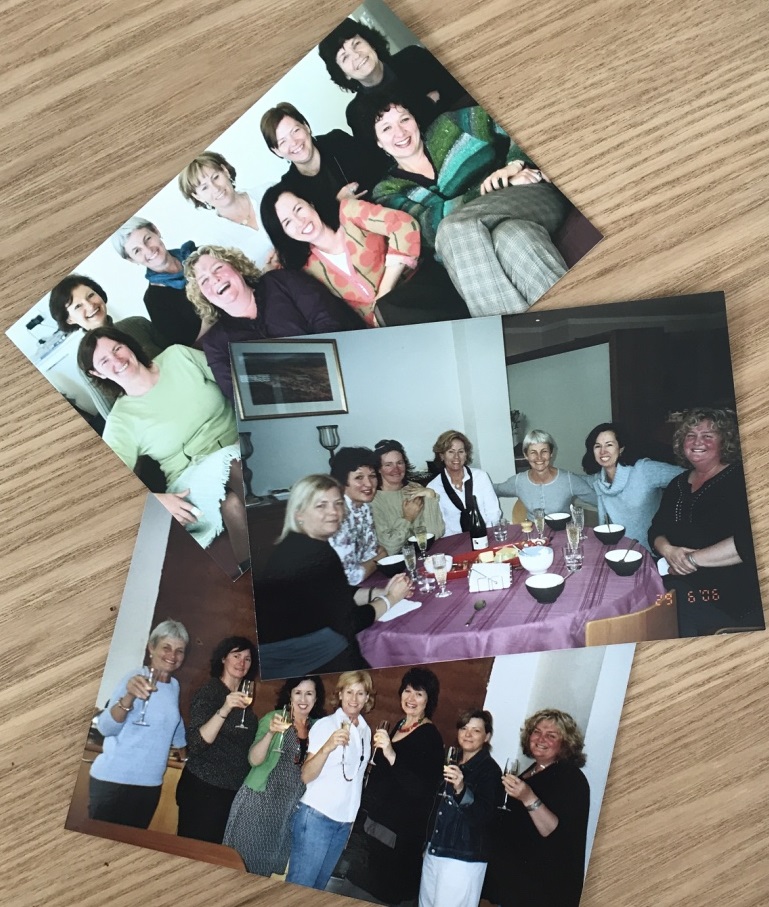 A group of nine Canberra women, working with independent publisher ‘Obiter Publishing’, have launched a crowdfunding campaign on ‘Pozible’ for their cookbook-come-memoir Tears, Laughter, Champagne: A story of friendship forged through fire and food.

These nine women forged an unbreakable bond in the weeks and months following the 2003 Canberra bushfires, brought together by the one thing they had in common; loss. They are the ‘Singed Sisters’ -­ eight women whose homes were destroyed by the fires and one woman who turned her life upside down to help them.

From tea and tears in the months following the fires to champagne and laughter as they moved into newly built homes, the story of their journey and the recipes that helped along the way will soon be a book to share.

Tears, Laughter, Champagne is a full colour, soft cover cookbook come memoir featuring recipes and interviews with the Singed Sisters. The book is based on the phases of their journey, from ‘Devastation’ to ‘Celebration’. The accompanying recipes reflect these phases, from the healthy and hearty essentials that kept their families fed in the weeks immediately after the fire to the sweets and indulgences that helped them to warm rebuilt homes.

From ashes to cookbooks: The Singed Sister’s story of resilience after the ACT bushfire devastation.

As devastating bushfires become part of life for so many communities around Australia, this book will serve as a reminder of the enduring nature of friendship, good food, and great champagne in tough times.

This book is also a chance for the Singed Sisters to pay forward the charity and kindness they received in the aftermath of the fires. All profits from the continued sale of this book will go to YWCA Canberra. YWCA was ­chosen by the Singed Sisters because of their work in housing support, child care services, and family counselling, as well as their advocacy for gender equity and women in leadership.

The Singed Sisters have been talking about this book for over a decade, now ­they are ready to make it happen ­– And with just a little bit of help, it will.

Some Singed Sisters will join Lish Fejer on ABC Radio Canberra on Sunday, 10.30am to talk cakes, fires and book. https://t.co/HszPU5SMkH

Pre-order copies and donations to production costs can be made via the Pozible campaign: https://pozible.com/project/tears-laughter-champagne

Tears, Laughter, Champagne will be published in December 2017.