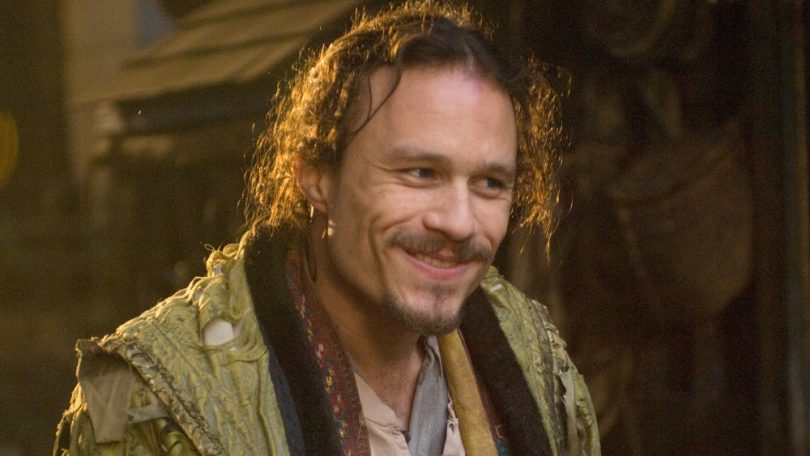 Following what would prove to be an unforgettable turn in Christopher Nolan’s The Dark Knight, Heath Ledger’s star was on the brink of an astronomical rise when his life and career were tragically cut short on January 22, 2008.

To coincide with the recent launch of Heath Ledger: A Life In Pictures, the NFSA will be screening an assortment of films showcasing Ledger’s performances alongside several other classics which inspired the actor and budding director.

At the dawn of the noughties, Heath Ledger burst onto cinema screens in two iconic roles merely one month apart. In Ten Things I Hate About You – the American High-School re-imagining of Shakespeare’s The Taming of the Shrew – Ledger conjured up a real song and dance as Patrick Verona. Scarcely a month later, he hit screens again as the rough and ready Jimmy in Two Hands. Considered a contemporary Australian classic, writer/director Gregor Jordan’s distinctly Aussie black-comedy/drama launched not only Ledger’s career but also that of co-star Rose Byrne. In what marked a breakout role, Ledger found himself toe-to-toe with Australian acting royalty as he faced off against affable antagonist Pando – the iconic Bryan Brown.

With otherwise only assorted TV credits to his name – Ship to Shore, Sweat, Roar, Home & Away – and the lesser-known feature Blackrock (1997), which today still remains (unfortunately) thematically relevant as ever, Ledger forged ahead with a career in Hollywood. Locally, he again linked up with Gregor Jordan who steered Ledger as the notorious Australian folk anti-hero in Ned Kelly (2003) alongside Orlando Bloom (Lord of the Rings, Pirates of the Caribbean).

In his short career, Ledger appeared alongside a wealth of thespian talent, partnering with Mel Gibson (The Patriot), Billy Bob Thornton and Halle Berry (Monster’s Ball), Matt Damon (The Brothers Grimm), Jake Gyllenhaal (Brokeback Mountain), Abbie Cornish and Geoffrey Rush (Candy), Christian Bale (The Dark Knight) and Cate Blanchett (I’m Not There) among many others. He also worked with notable directors such as Terry Gilliam (twice), Todd Haynes, Ang Lee and Christopher Nolan. With Lee and Nolan, in particular, Ledger would achieve unprecedented critical acclaim in Brokeback Mountain and The Dark Knight respectively.

Domestically speaking, while Two Hands announced Heath’s arrival on the Australian cinema landscape and touted his promise in ’99, it was Candy in 2006 which consolidated his dramatic credibility and artistic flair as heroin addict and tortured soul Dan, who falls hard for Candy, played by Abbie Cornish (Somersault; Bright Star; Three Billboards Outside Ebbing, Missouri). Promoting the launch of the Ledger exhibition in Canberra last week, Cornish spoke about Ledger being like a brother to her and how his career was clearly tracking towards the eventual inevitable transition from actor to director. A fledgling director with three credits already under his belt for music videos from Ben Harper, N’Fa Jones and Modest Mouse, it was Ledger’s collaboration with a director from whom he would have undoubtedly absorbed so much behind-the-camera expertise which ultimately catapulted him to on-screen immortality.

One of the luminaries of his generation, Christopher Nolan ushered in a new era of cerebral blockbusters with Memento, Inception, The Prestige and Interstellar. It was his dark, muscular and modern take on Batman which turned Ledger into a legend as his transformative role immediately entered the movie (and method) hall of fame. The Dark Knight currently sits at no. 4 on IMDb’s Top Rated Movies, and there is no denying Ledger’s joker cemented his place in the pantheon of popular culture. Previously nominated for an Academy Award, BAFTA, Golden Globe and Screen Actor’s Guild Award in 2006 for Brokeback Mountain, Ledger posthumously swept the 2009 awards season with his maniacal portrayal of the DC villain in Nolan’s visionary contribution to the Gotham comic canon. His phenomenal performance garnered him a 32 award-haul including an Oscar, a Golden Globe, a BAFTA, and a Screen Actors Guild Award.

Despite so much more to give, Ledger delivered an impressive oeuvre in his mere 28 years. This season takes a look back at Ledger’s developing screen-craft over the course of his career, hinting at the cinematic chameleon he was poised to become. There are a few oldies thrown in too which inspired him along the way as per his personal journals, which are on display as part of the accompanying exhibition.

Heath Ledger screenings include: Ned Kelly, Monster’s Ball, The Brothers Grimm, I’m Not There, The Imaginarium of Doctor Parnassus, A Knight’s Tale, Casanova, The Sin Eater (aka The Order), and Brokeback Mountain.

Also screening: James Dean classics Rebel Without A Cause and East of Eden, as well as Ingmar Bergman’s The Seventh Seal, reflecting Ledger’s love of chess.

Jason Ezra - 29 minutes ago
These folks aren’t worried about what could potentially happen to their kids. They’re worried about how it actually will... View
Leigh Conroy - 53 minutes ago
Climate change a crock of crap. The statistics they use are false and misleading. View
Michael Duggan - 2 hours ago
Yes but they are the ones that usually do and plenty of them too View
ACT Election 34

Stephen Wootten - 48 minutes ago
Teflon Kate - try a bit harder riotACT. https://www.crikey.com.au/2002/09/09/the-rare-highs-and-many-lows-of-kate-carnell/ View
Kylee Taylor - 2 hours ago
Isn’t politics meant to be about serving your community? View
Barbara Newbery - 2 hours ago
Canberrans tend to be educated middle-class, that is why the Libs keep losing View
Breaking 1

Sandra Neilson - 9 hours ago
I remember eating at The Chairman and Mr Yip many years ago and the food was amazing. Looking forward to trying out Verity La... View
News 69

Leanne MH - 10 hours ago
Rik MP whaaat! I could get some stuff from Bunnings and build it for far less. It better have a pool and spa for those sort o... View
Rik MP - 19 hours ago
Leanne thats excessive View
News 95

Jake Annetts - 17 hours ago
Bundy Pados ah typical of me to miss the joke. Sorry. But rest assured there are many womby helpers. I know a few who raise a... View
John Coleman - 19 hours ago
Ian McTaggart conversely, we could see something in the fact Andrew Wall, who had no signs out, has likely lost his seat to T... View
News 13

Jacob Moir - 18 hours ago
Lesley going to try these? View
Michael Brennan - 20 hours ago
Danielle Lucas sounds fantastic. Will add it to the list of weekend getaways. View
show more show less
*Results are based on activity within last 7 days

Former Liberal Chief Minister Kate Carnell, who formed government in 1995 and again in 1998, says that it's time for...
Opinion 25