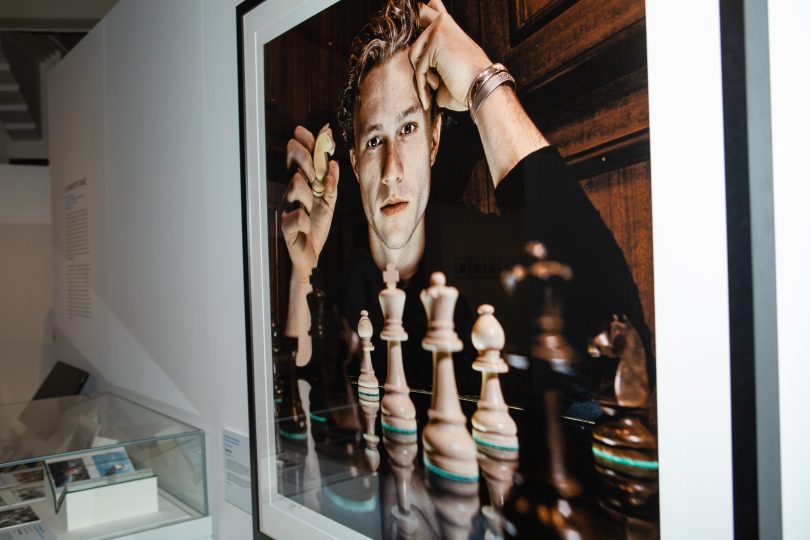 An exhibition dedicated to the life and work of one of Australia’s most acclaimed acting talents, Heath Ledger, has opened at the National Film and Sound Archive (NFSA) on the 10-year-anniversary of the actor’s tragic death.

The mixed medium exhibition titled Heath Ledger: A Life in Pictures, which will run at the NFSA for the next six months, is a bittersweet glimpse of a talented life cut too short while honouring the incredible work the Australian icon achieved during his 28-years of life.

The exhibition, curated by Allison Holland, includes costumes from The Dark Knight and Brokeback Mountain, the private journal he kept to produce his most famous character, the Joker, and his Academy Award which he won posthumously.

From his younger days when he first burst on the scene as teenage heartthrob Patrick Verona in 10 Things I Hate About You, to intense roles as the Joker in the Dark Knight Rises and the drug-addicted Dan in Candy, Ledger was always looking to push the boundaries and create iconic roles.

As one of his past directors Shekhar Kapur said, “I cannot remember a single scene in which Heath did not bare himself. Constantly looking for the truth in his character. The physicality was just a part of it. It was the transformation in his eyes that became most compelling.” 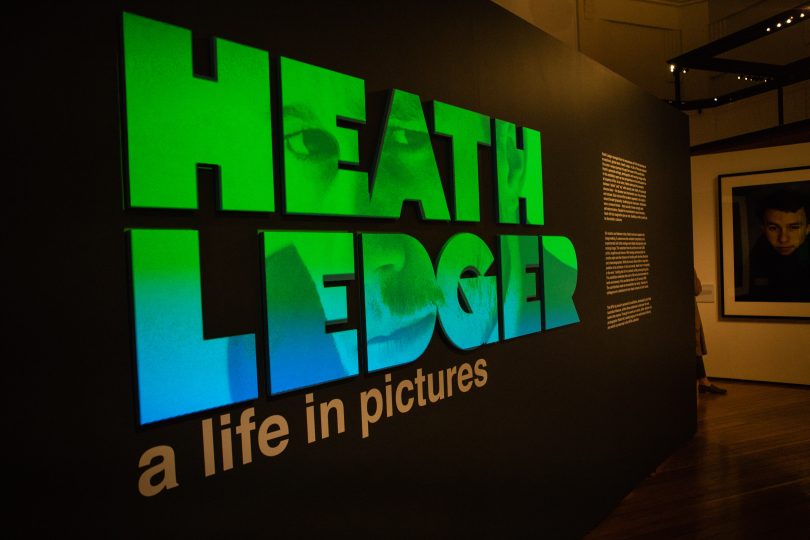 But as the exhibition shows, his talents weren’t just limited to acting – his creative pursuits took him down many paths in which he had quietly excelled.

Ms Holland started preparing for the exhibition eight years ago when the Western Australia Museum asked her if she was interested in looking at the Ledger family’s collection. Going through the archives, Ms Holland said there were a few things that surprised her about the iconic actor’s life.

“I was surprised that he was such a prolific photographer,” Ms Holland shared. “I was also surprised to find out his interest in directing and that he was working towards being a grandmaster in chess, which was a very important strategy in his life and a great passion of his.

“I think people, in turn, will be very surprised at the depth of the exhibition, the way the objects tell the story about the film industry and the different people that collaborated with Heath to produce his amazing films.”

NFSA CEO Jan Müller saw the exhibition when it was in Perth and immediately knew the snapshot of Heath Ledger’s life needed to be shown in the nation’s capital.

“Widely recognised as one of the best actors of his generation, Heath captured the hearts of audiences around the world,” Mr Müller said. “Through his exhibition, fans will discover and hopefully be inspired by his creative process and passion for photography and the arts.” 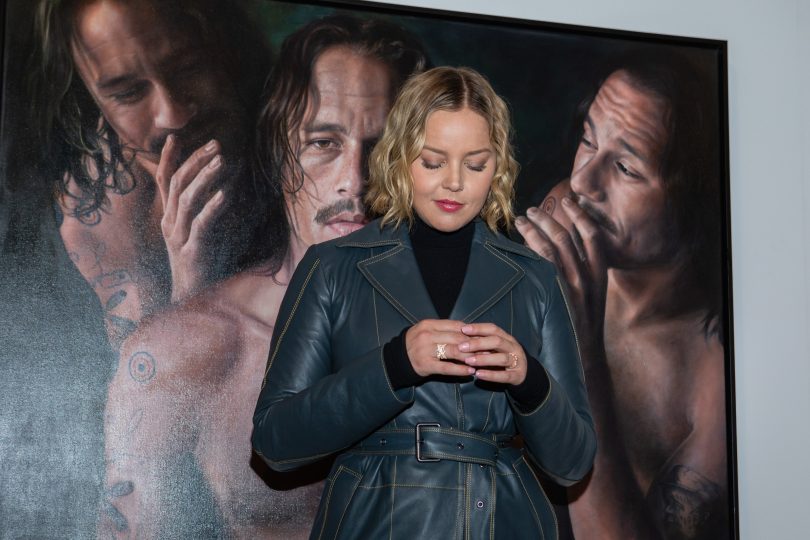 Abbie Cornish in front of her favourite portrait in the exhibition.

Abbie Cornish, who starred alongside Ledger in the 2006 Australian romantic drama Candy, made a guest appearance at the NFSA to launch the opening of the exhibition and said the late actor was like a brother to her.

Speaking to the gathered media during the preview, Ms Cornish said the striking portrait which depicts Ledger before his death, whispering to himself, was her favourite piece in the exhibition.

“There is a number of reasons why this portrait behind is my favourite piece in the exhibit: it was painted just before he passed away but also Heath really loved the painting,” Ms Cornish said. “He loved how it captured aspects of what it meant to be Heath and these sets of voices that he had to choose to listen to.

“It really captures the way he felt about life and the way he viewed himself. The painting is so life-like it almost seems like he is moving.”

Developed with the help of the Ledger family and the Western Australian Museum, the exhibition arrives in Canberra after a successful run in the actor’s hometown of Perth.

“We are very excited the NFSA has decided to pick up this exhibition for so many reasons, mostly because it gives both east side Aussies and inbound tourists a chance to enjoy a sensitive and lovely insight to the life of our talented young man, Heath!” Ledger’s family said in a statement.

Below is a snapshot of some of the exhibits you’ll be able to see at the exhibition. 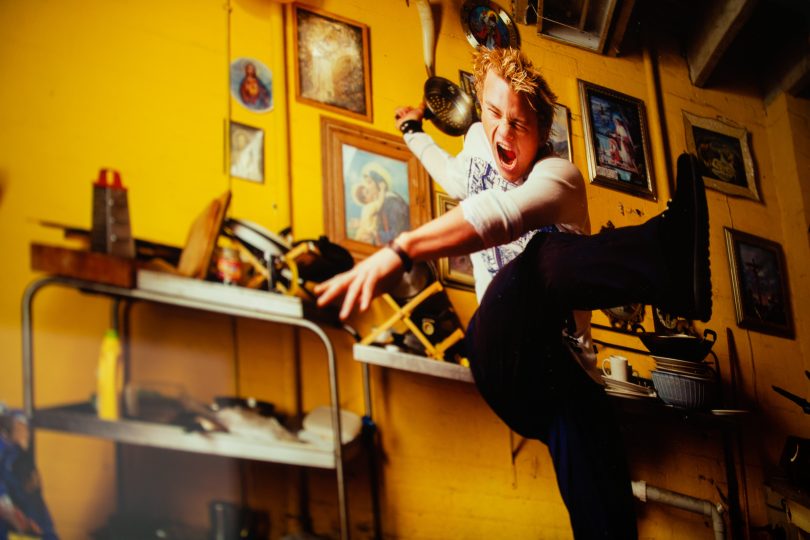 One of the many portraits of Heath Ledger on display at the free exhibition. 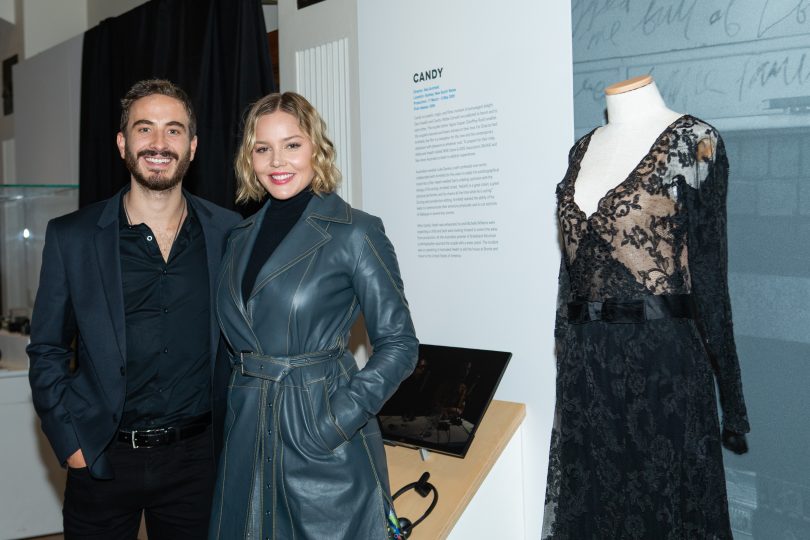 Ryan Corr and Abbie Cornish at the media preview. 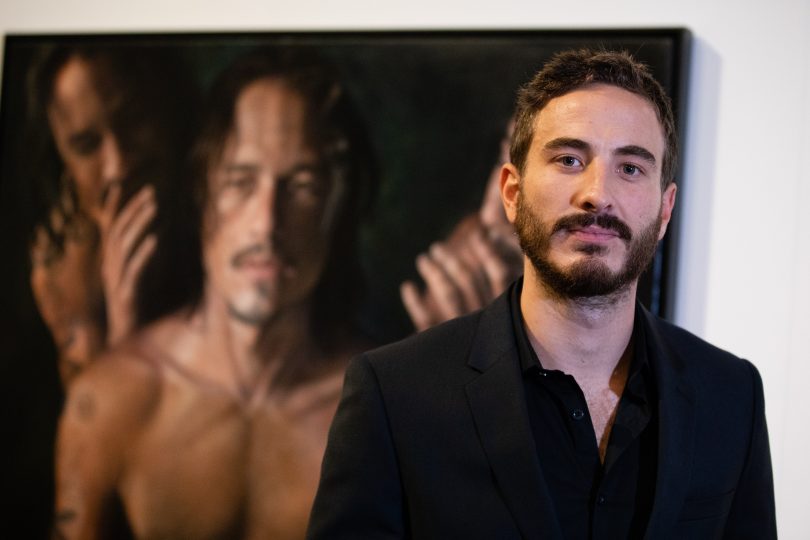 Ryan Corr was the recipient of the Heath Ledger Scholarship in 2011. 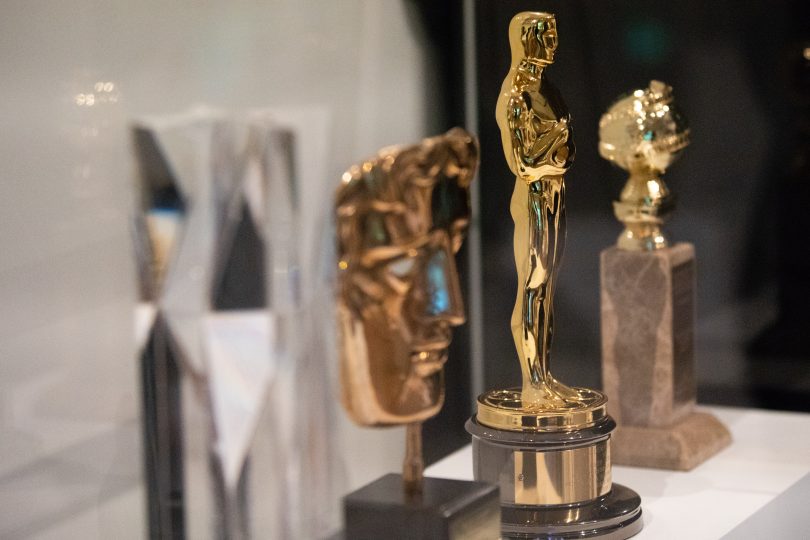 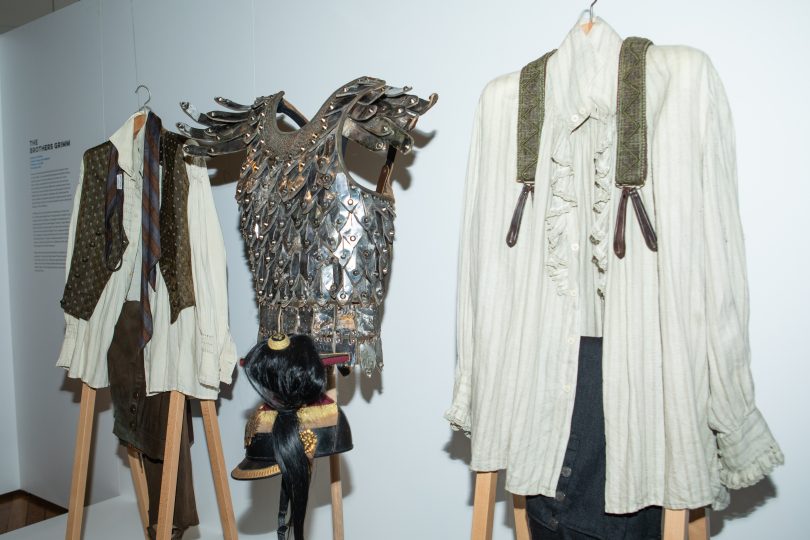 Costumes Ledger wore in Brokeback Mountain, and The Imaginarium of Doctor Parnassus, Ned Kelly, The Dark Knight and many others are on display. 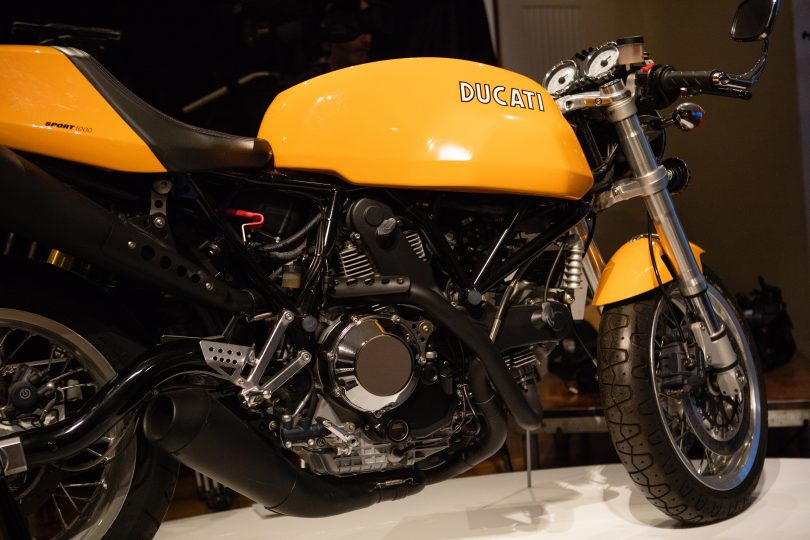 Ledger’s passion for motorbikes is well-documented.

Heath Ledger: A Life In Pictures

Haziq Saleem Deen - 2 hours ago
Best in town ❤️ View
purplevh - 3 hours ago
One of the best budget friendly feeds in Canberra. Well worth the ~30km drive for me.... View
David Cole - 4 hours ago
I’ve been looking , just can’t find it View
Sport 6

Futureproof - 5 hours ago
Wouldn't need such a large budget if the Greens weren't so keen on ripping out trees for trams View
nobody - 9 hours ago
Wow, $260 per tree. Also, this is 18,000 trees a year, so how does this compare to previous years, and do they meet target? View
Community 1

Tom Worthington - 6 hours ago
The ACT Library ‘mystery boxes’ look a good idea. However, I was confused by the eligibility requirement "unable to acces... View
News 29

Peter Dark - 9 hours ago
Go the birds! View
show more show less
*Results are based on activity within last 7 days

@The_RiotACT @The_RiotACT
The new #VaxTheNation campaign is urging Australians to get the jab for COVID-19 so music venues can return to hosting gigs and delivering live #entertainment https://t.co/lo3ejx179F (11 minutes ago)

@The_RiotACT @The_RiotACT
An incredible phenomenon in the heart of Belconnen, the '#Pink Lake' in #Bruce is now in full bloom. But what gives Canberra's hidden natural gem its dazzling colour? https://t.co/0L5c69vbOo (1 hour ago)