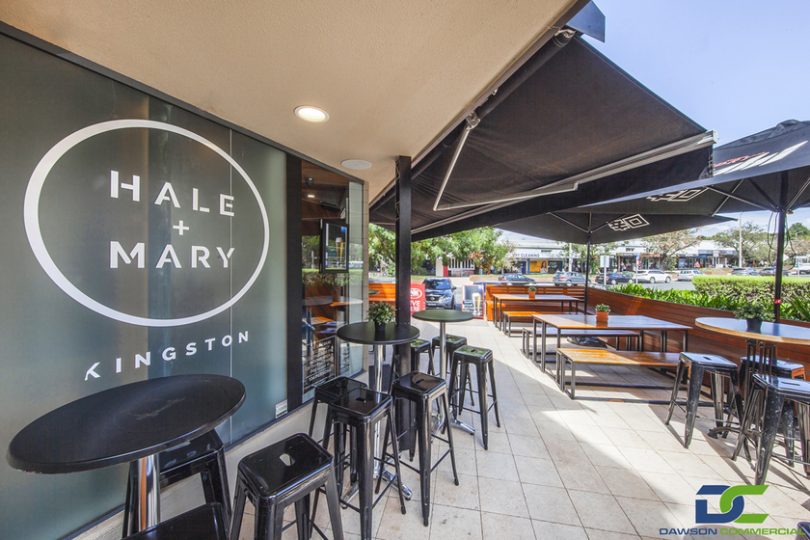 Hale + Mary was a punters’ paradise in Kingston. Photos: Supplied.

A resurgent Old Kingston is looking for new ideas to fill a space that until recently tipped its hat to the sporting life and paid handsome dividends for the owners.

On ‘game day’ Hale + Mary bar and restaurant with its multiple screens packed in the punters, building a strong fan base among those who loved good food, a drink and their sport.

It was a good idea well executed, so it came as a surprise to many that the owners blew the whistle to refocus their attention on a new venture, Fenway Public House in Woden.

But that has created an opportunity for an experienced hospitality operator with the smarts to bring something fresh to the prime site on Tench Street surrounded by other businesses and new residential developments.

Dawson Commercial’s Duane Dawson says it was and can be again a popular venue, particularly with few bars in the area and Kingston again in transition and attracting renewed interest. 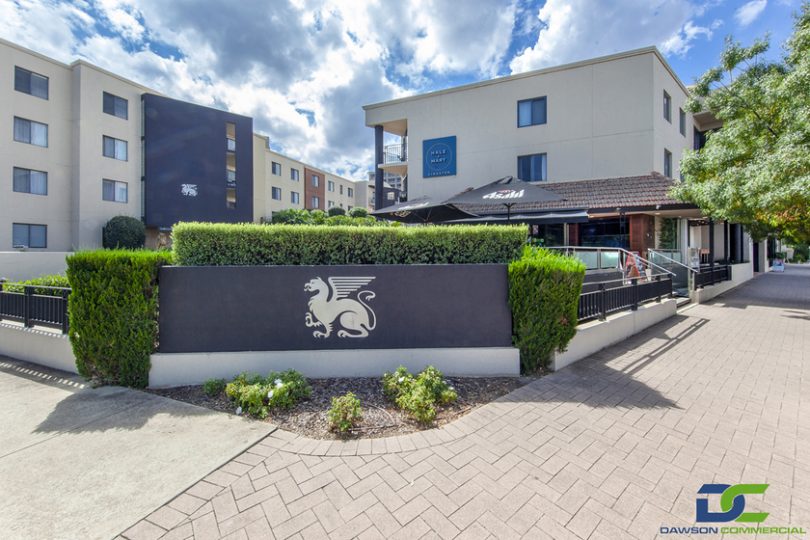 An opportunity for an experienced hospitality operator to take the reins.

“When Kingston Foreshore came on a number of businesses moved out of the older Kingston area, but I think as time has gone on, a lot of businesses are now looking back,” he says.

And seeing value in the character of the buildings, a sense that retail is on the way back and an appetite for different ideas.

While an original idea is always welcome, this venue would do best with an experienced hand to guide it.

Mr Dawson says this is driven mainly by its size – an inside space of 244 square metres with a 66 square metre courtyard out front.

“It’s quite a big area for a restaurant,” he says. “Whoever looks at doing it would probably have to look at a longer term lease, but then spend some money on the fit-out to get up and running.” 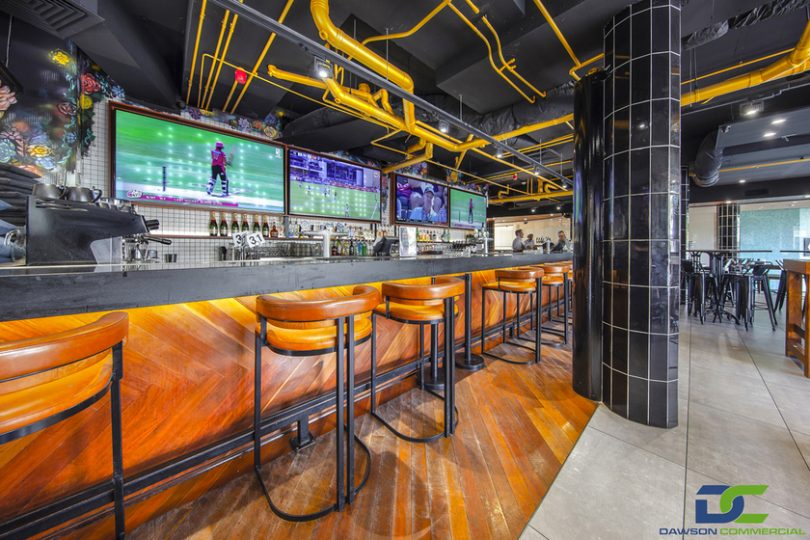 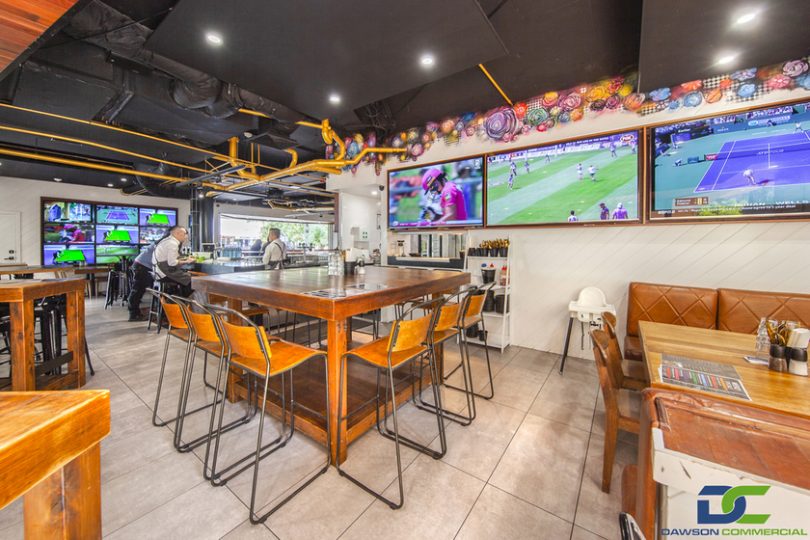 Hale + Mary was decked with multiple screens for game nights.

While the inside bar and most of the furniture has gone, the kitchen, cold room and grease trap remain as core infrastructure.

Outside, the furnished courtyard is intact, delivering a delightful sheltered asset for alfresco dining during the warmer months. Bi-fold windows also open along the Giles Street side of the building. 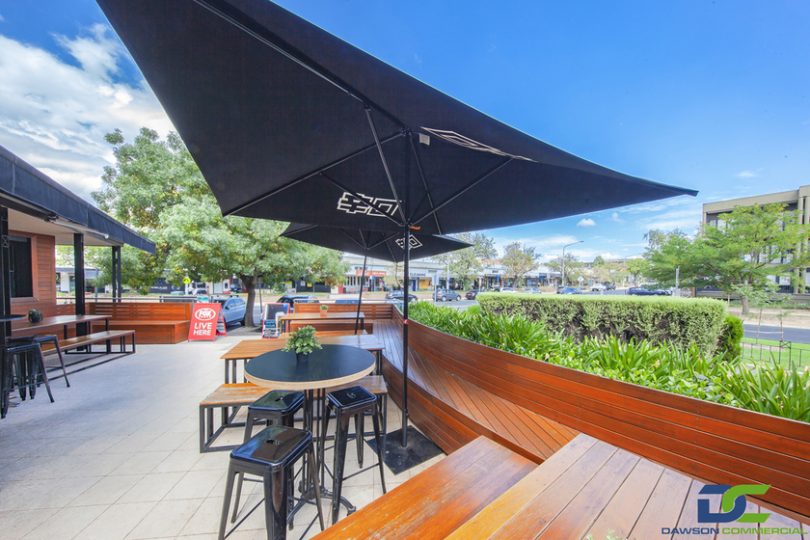 The furnished courtyard is intact.

Mr Dawson says the interest has been strong with a number of serious enquirers wanting to do modern takes on favourite cuisines.

It might be useful for your readers to know that these premises are located within a large residential complex called the Griffin Apartments. Previous attempts to operate these premises primarily as a bar, instead of the restaurant their licence specifies, have generated a high level of complaint from residents. This is due to the associated noise, late trading hours, litter and occasional anti-social behavior occurring in proximity to the premises. There are also problems with the kitchen exhaust fan generating both noise and noxious fumes that flow directly into some apartments. Potential renters or investors would be wise to consult with Griffin residents before proceeding with their proposal.

Jacq Miller - 5 minutes ago
shame there are no longer all 4 in situ View
Barry Matson - 2 hours ago
of what? View
Michael Guina - 3 hours ago
It has to start somewhere and those two buildings are living example . View
Opinion 80

bj_ACT - 14 hours ago
Yes razor it’s a good point. Agree there are pockets of Tuggeranong and Belconnen that could do with some ACT government do... View
mattm - 14 hours ago
There are almost 130 Councils in NSW, and most of them do a much better job with municipal services than the ACT Government.... View
Heavs - 16 hours ago
Competent councils - like this one? https://www.canberratimes.com.au/story/6978805/nsw-central-coast-council-to-be-sacked/ Or... View
Community 1