Time for truffles as the black gold adds tourist value 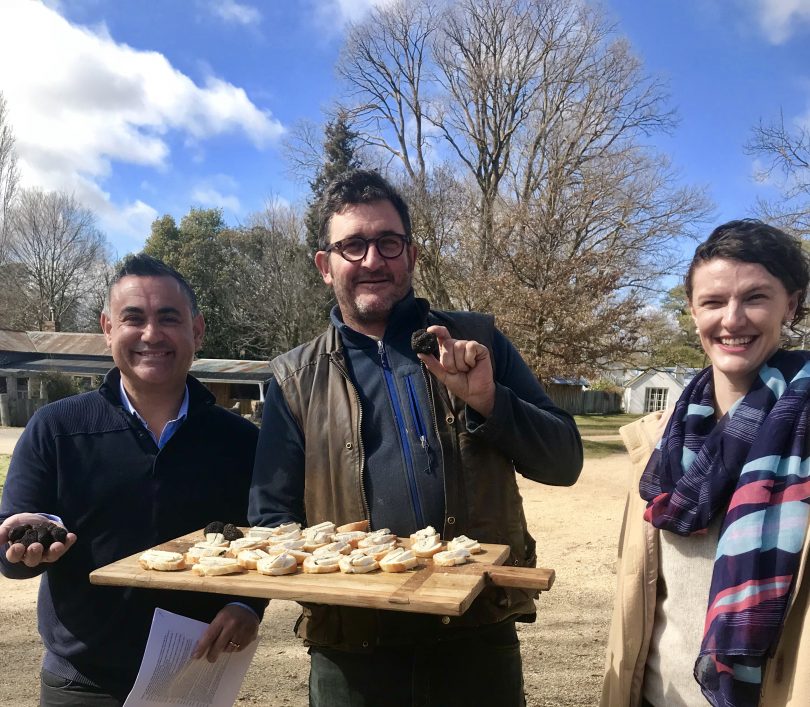 There’s black gold in them thar hills, and now we’ve got the figures to prove it. A decade on from the Canberra truffle industry’s early days, Truffle Festival tourism is now worth around $8 million per annum to the region, according to research commissioned by local producers.

There are more than 10,000 truffle tourists each year, and they’ll spend up big while they’re here and will often return annually, according to Megan Star from the University of Central Queensland, who co-authored Valuing Artisan Agriculture for the Truffle Festival Association Canberra Region. The report was launched this week at Turalla Truffles at Bungendore by NSW Deputy Premier and local MP John Barilaro.

“We looked at who came, where they stayed, how much they spent, what events they attended during the Truffle Festival. I purposely separated out the tourism from the industry, so we could see what the Festival on its own was worth to the community”, Megan said. Just under half of the Festival visitors were locals, and while not all interstate attendees were here solely for the Festival, their tourism dollars helped drive the value of the event for local business.

Relative to other food and local tourism events, the Truffle Festival stacks up pretty well: the $8 million total value breaks down to $754 per person attending Festival events on average. Megan points out that the proximity to Canberra and Sydney helps greatly, and that not all artisan industries would be fortunate enough to have access to large populations with high-income levels.

“In 2016 in the initial research there weren’t many international visitors but as the Festival’s expanded, international markets have also become a key growth area for the Festival and their value will obviously be a lot higher than the domestic traveller”, she adds. 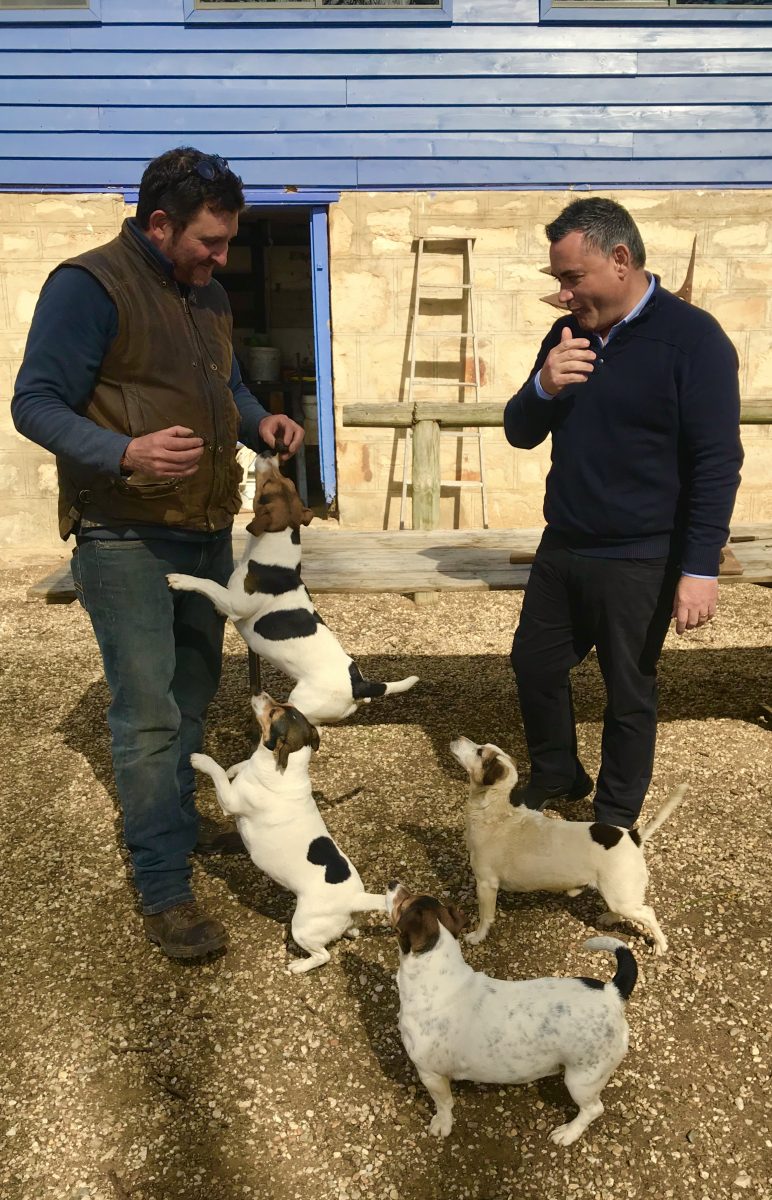 Tucking into the truffled cauliflower soup and Brie amidst the Turalla tribe of truffle-hunting Jack Russells, John Barilaro agreed that as droughts intensify and farmers are looking for new revenue streams, the Truffle Festival points towards an agri-tourism future for the region.

“It’s about driving some diversity in tourism products, creating boutique small unique experiences. We’ve moved away in this region from the big farms, it’s starting to be smaller lots with very specialised produce.”

Damian Robinson from Turalla Truffles says the Festival is looking at changing shape. “Instead of just being seasonal, we’re planning to pinpoint regional areas, do tours of different truffle communities. We’re certainly seeing a massive increase in the tourist numbers here at Turalla; our truffle lunches sell out weeks ahead. To be honest the truffles are giving my cattle a helping hand with the farm finances!”

Propping up the farm budget with truffles is certainly an innovation for local producers, but one that looks to be bearing fruit beneath the local oaks and hazelnuts.

Did you try a truffle this year? 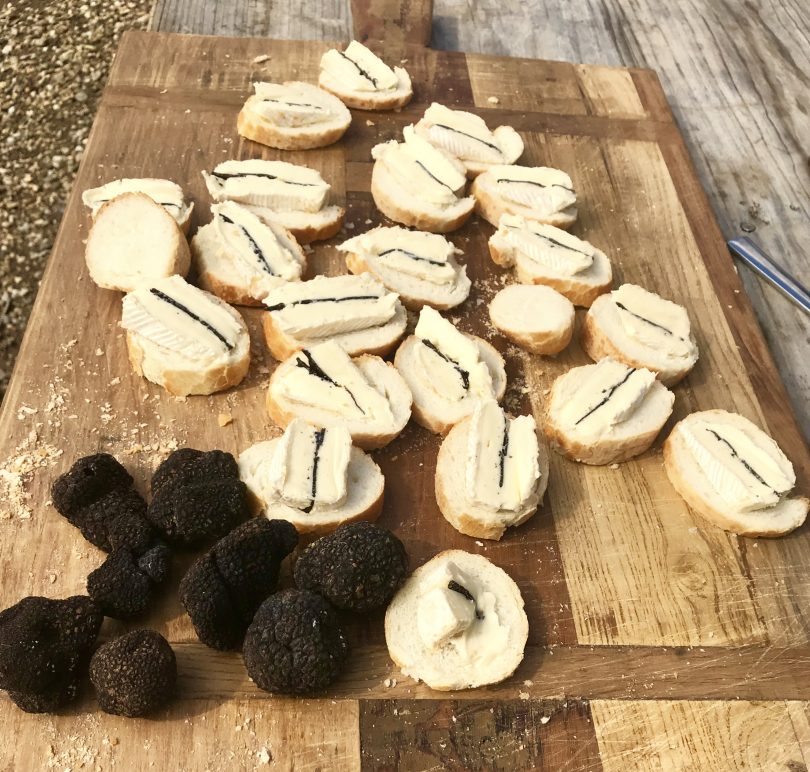 Simone Eagan-Akuhata - 9 minutes ago
Symantha Lee you’ll be on the list at age 33, just you wait 🤣🤪 but really... let’s manifest those dreams 🤗 View
Ashley Wright - 6 hours ago
Nigem Hamedeh the article is about median house price not highest. View
Sue Sutton - 8 hours ago
What about Forrest? Surely the median is higher than Griffith etc. Maybe there are not enough properties sold🤔... View
News 128

Julie Macklin - 5 hours ago
No, not everyone has young children. If someone wants to stay away from things on Sunday, they can now. They can make their o... View
Christopher Cuba Rabanal - 8 hours ago
How about a six day week with every Sunday shut. Where everything is closed in a Sunday Sunday is family Day ?... View
Valerie Foster - 10 hours ago
Been talking about that for years. View
Community 38

JS9 - 6 hours ago
So Tim, where is anyone telling you you have to buy an EV now? Noone is, and most will purchase an EV when it stacks up for t... View
Futureproof - 13 hours ago
Great, I'll spend $70k so I can save on my electricity bill View
Community 44

Colin Ball - 8 hours ago
Why do they get game consoles?it's meant to be a place for punishment not reward, what about the people who have worked hard,... View
Steve Whan - 9 hours ago
Just curious, do instigators of damage have their terms effected due to vandalism caused? I dont know. Just curious. View
Inca Serrated - 11 hours ago
Not a single mention of the conditions that prisoners are living in... Lockdowns, no family contact for over a year, no meani... View
Lifestyle 14