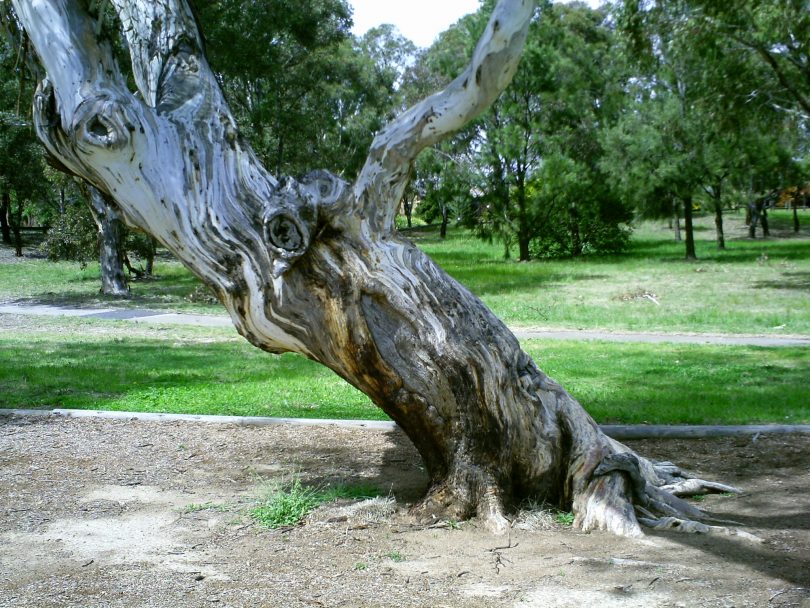 One of the scarred trees in Wanniassa that was destroyed by a government contractor in 2017. Photo: Supplied.

Minister for Environment and Heritage Mick Gentleman says the changes will be part of legislation being introduced to the Legislative Assembly later this year. They come in the wake of the destruction of significant Aboriginal scarred trees in Wanniassa in 2017.

The Heritage Council would have the power to issue ‘repair damage directions’ to people who have damaged heritage places and objects, such as heritage-listed houses and Aboriginal cultural sites.

The Government is also proposing an infringement notice scheme where compliance officers can issue an immediate $1000 fine for damage to a heritage place, regardless of whether it can be repaired.

Tyronne Bell, from Thunderstone – Aboriginal Cultural and Land Management Services, said a tougher approach should have been adopted a long time ago but he doubted if this would stop the destruction of Indigenous sites.

He called for the ACT to incorporate NSW Government policies and beef up the fines and education of the public.

“People need to be made accountable for their actions,” he said. “It’s not everyone but a few out there push the envelope to get things done,” Mr Bell said. “What’s a thousand dollars to a bigger developer?”

He called on the heritage maps to be updated and for more traditional custodians to be included as Registered Aboriginal Organisations to conduct the field surveys that identify sites.

The approach remained piecemeal and all participants should be working together, he said.

“When people are doing their own thing in silos, things get misinterpreted and they [sites] end up destroyed,” Mr Bell said.

Mr Gentleman said the big stick option of prosecution could be costly, drawn out and inflexible, meaning people may get away with causing minor damage.

He said on-the-spot fines would act as a deterrent and the amendments would enable immediate action when a heritage place or object was damaged.

“We want to give the Heritage Council authority to issue a direction where there is an imminent threat to the heritage significance of a place or object. The current threshold wording of ‘serious’ would be removed so heritage directions will be able to be issued for minor to moderate offences.”

Mr Gentleman said the Government was also working to improve community understanding of the value of heritage places and encourage community custodianship of the ACT’s heritage assets. 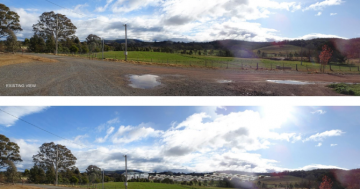 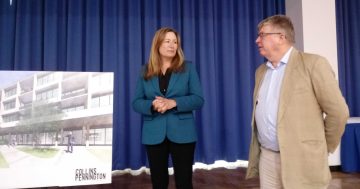