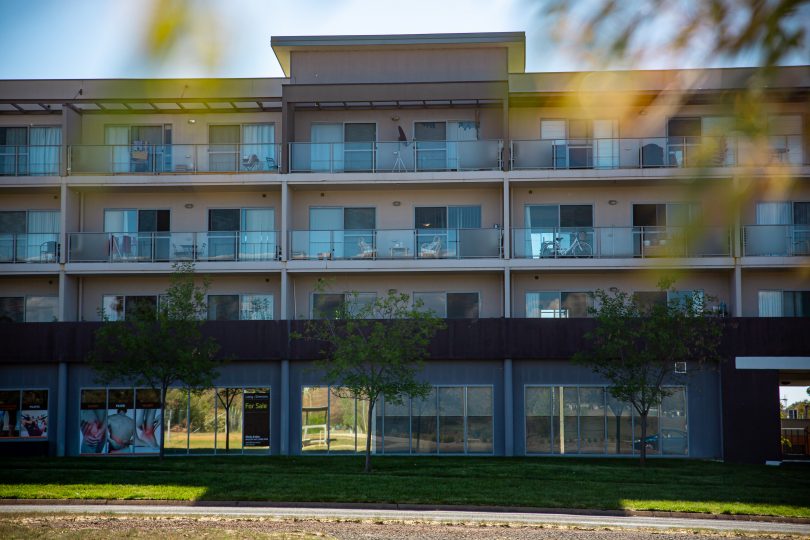 Madison Constructions has also been summonsed to court after they allegedly failed to comply with a rectification order on their Kelkiah Apartments in Macquarie. Photos: George Tsotsos.

The ACT Construction Occupations Registrar has summonsed two Canberra builders to the ACT Magistrates Court on separate proceedings after it is alleged one company started construction without DA approval while another failed to comply with a rectification order.

Four charges have been laid against TP Dynamics, the builder behind the Wish Development in Bruce, and one charge against Madison Constructions, the builder of Kelkiah Apartments in Macquarie.

It is alleged that between 9 February and 24 May this year, TP Dynamics began construction on a large Belconnen development without approval and not in accordance with approved plans for the site. 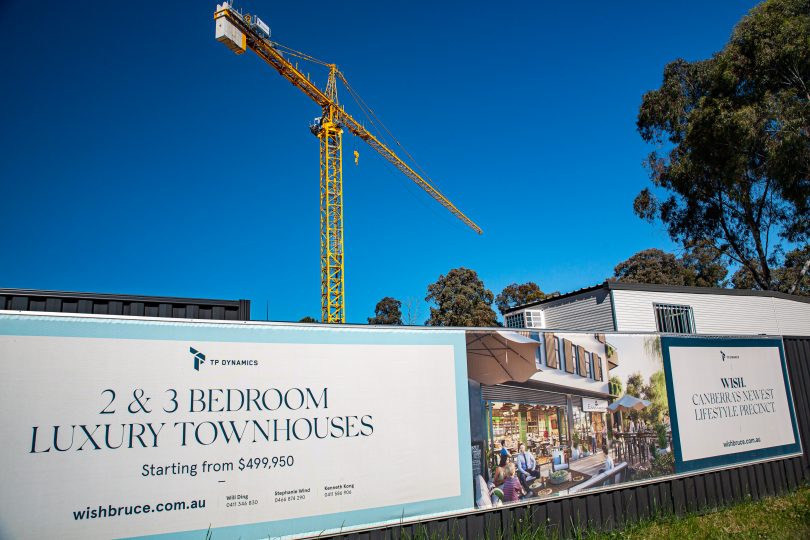 Despite their DA not receiving approval by the Planning and Land Authority, the ACT Construction Occupations Registrar alleges that TP Dynamics started extensive development and associated building works at the site.

On 24 May, Access Canberra issued a stop-work notice and a prohibition notice, shutting down the site and preventing TP Dynamics from undertaking further development work on the site.

“We allege that the required approvals were not in place, which is a fundamental requirement that underpins the integrity of the building and development system,” Mr Green said.

“We know that the purchase of a residential property is one of the largest investments a citizen can make and they should be confident that the approvals required are in place and are being complied with.”

The four charges against TP Dynamics are: 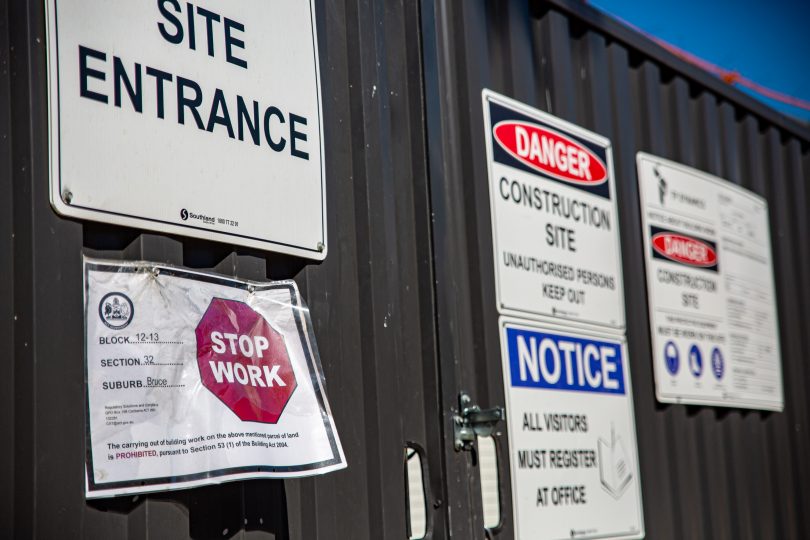 Belconnen-based builder Madison Constructions has also been summonsed to court after ACT Construction Occupations Registrar alleges the company failed to comply with a rectification order on their Kelkiah Apartments on 21 Wiseman Street in Macquarie.

The rectification order required Madison Constructions to rectify the identified building defects, which included façade and ceiling cracking and waterproofing.

Both TP Dynamics and Madison Constructions are expected to face the ACT Magistrates Court on 6 November.

Good Lord, some Canberra builders have been sent to court. Must have been extremely serious and / or not connected enough.

They'll get a slap on the wrist

Getting away with murder

Dont u just love these morons

Mia Gouveia - 5 minutes ago
Jenna Hopkinson absolutely! Cleaners deserve a lot more than this and a lot more praise for how hard they work!... View
Hen Gissane - 19 minutes ago
I understand this, however Calvary has chosen to outsource this service to a company that exploits its workers. View
Elouera Lea Lindquist - 2 hours ago
Hen Gissane they are not employed by calvary, it's a contracted company. Shame to that company not calvary View
Food & Wine 20

Toni Isaacson - 15 hours ago
Nothing harmless about Hallowe'en View
Jennifer Buerckner - 16 hours ago
the kid's in my suburb don't even try to dress up. they just won't fee stuff and knock on your door 4 or 5 times View
News 36

Household waste and recycling collections will be disrupted on Monday (2 November) due to industrial action by drivers employed by...
Property 47