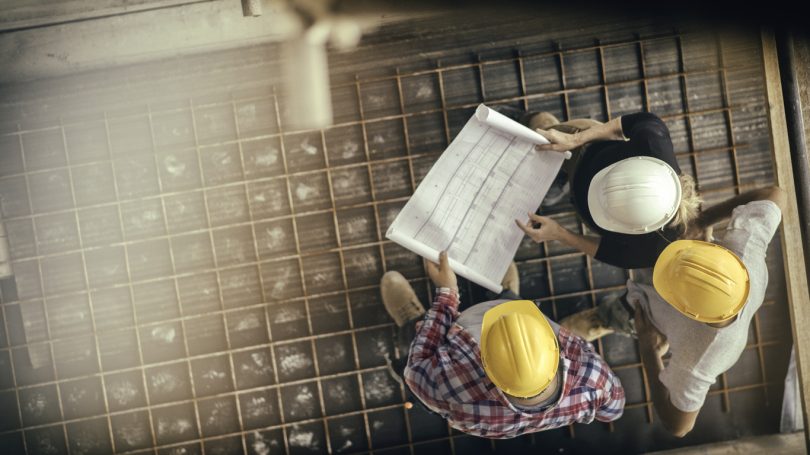 Access Canberra has shut down a large Belconnen building site after it was found that works had been undertaken without relevant development or building approvals.

Access Canberra said inspectors issued a stop work notice and a prohibition notice on the Belconnen building site late on Friday afternoon (24 May) but did not reveal which building site in Belconnen.

“This case appears to demonstrate a significant breach as neither a development application nor building approval were in place,” Mr Green said.

“We will continue to investigate this matter to determine whether an offence has been committed. There will be no further works permitted until this matter is resolved.

“It is an offence for a person to undertake building work without a development approval if that type of building work requires approval and the person knows of that requirement.”

Mr Green said Access Canberra continued its proactive focus on supporting building quality across all forms of development – from residential, to multi-unit development and commercial.

“We are committed to ensuring compliance which in turn supports quality building in the ACT,” he said.

The latest ACT Government shut down comes after 12 building companies in Gungahlin were issued with stop work notices on 1 March for non-compliance, with the notices lifted last week.

Once again, the public is not to hear who these shonky builders are.

Is this what happens when a government is so hand in glove with developers that they believe they can act with impunity and the government will simply retrofit all the approvals? Sure looking like it.

No. It’s more like government breached there statutory time frame to decide the DA and developers are sick and tired of them doing this all the time. #revolution

Nada Krstin - 58 minutes ago
Margaret Freemantle thank you for replying - so awful - again, please accept condolences to you and all her family View
Margaret Freemantle - 1 hour ago
Nada Krstin she was young Nada, and the vaccine was not available for under 40 year olds a few weeks ago when it happened. View
News 111

Cleve Gabriel - 1 hour ago
Can’t see it happening ,he’s there for as long as he wants unfortunately. The shame of it all is that represents himself... View
Penelope Farnsworth - 3 hours ago
It tends to be hard to shift the one Labor one Liberal Senate pattern for the ACT View
Gary Hatcliffe - 3 hours ago
MAY BE? HE'S A NOB.😃 View
News 136

Mircea Stancu - 2 hours ago
Kate Smith adult healthy humans take care of themselves. I like it how y'all speak in my name, and the name of others who can... View
Opinion 24

Jay Annabel - 2 hours ago
Tassie first. It's how it should be. View
News 6

Andrew Sams - 4 hours ago
You really think that with the idiot Greens this would get up? No chance. View
Business 11

James Ballard - 4 hours ago
Ouch! Once the ATO come knocking, quite often it's with a court order to appoint a liquidator. View
Community 13

Judy Geary - 4 hours ago
There are some beautiful old houses and landscapes visible from the train when travelling between Mossvale and Canberra. View
show more show less
*Results are based on activity within last 7 days

@The_RiotACT @The_RiotACT
Ever spotted a roadside green box atop a short pole while on your walk or drive around Canberra and been curious about what's inside? Of course you have. Wonder no more... https://t.co/te5iEtVtSe (3 hours ago)