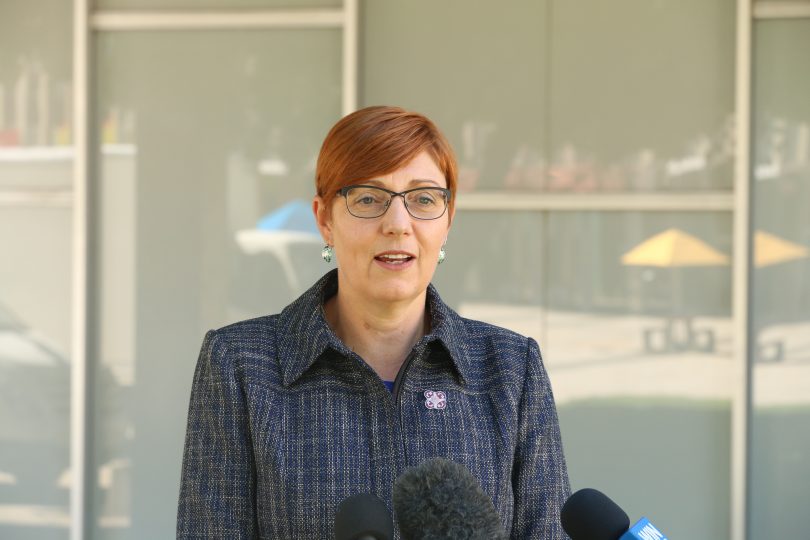 Two people on the repatriation flight that landed in Canberra on Monday (1 March) have returned a “weak positive” test for COVID-19.

The two men, one in his 40s and one in his teens, both returned negative test results before boarding the flight, leading health authorities to believe that the test is either an early sign of infection or residual virus fragments shedding.

Further tests are being undertaken to determine if the men have had COVID-19 in the past or whether these are new infections. Some of the tests are expected to be returned tomorrow.

Health Minister Rachel Stephen-Smith said she understood both men to be asymptomatic and that the risk of transmission to other passengers on the flight was unlikely due to the weak result.

“They have only just reached the point where [the virus] is detectable, which is why they tested positive in our test but did not test positive in their pre-flight testing,” she said.

“We are confident in our own practices. Should there be someone who gets to the point where that viral load is detectable between their pre-flight testing and when they arrive in the ACT, our infection prevention and control procedures are really strong and robust and that absolutely minimises the risk of transmission to our frontline workers.”

The two men are not known to have previously had the infection, but as the cases were not recorded overseas, they will be officially added to the ACT’s tally, bringing the Territory’s total number of cases up to 120.

They have not been characterised as active cases.

The repatriation flight landed at 7:45 pm on Monday from Singapore and 146 passengers were accepted into hotel quarantine by the ACT while a further 31 have continued to Sydney to undertake their hotel quarantine.

One man who was due to undergo hotel quarantine in Canberra was taken to hospital and admitted for an issue unrelated to COVID-19.

The two cases were confirmed nine days after another man returned a “low positive” test in his COVID-19 exit test, which was determined to be fragments of the virus from the old infection.