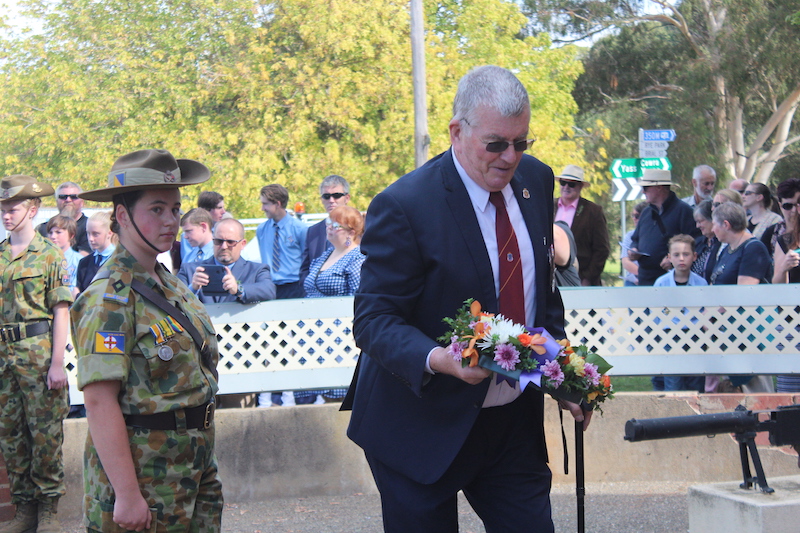 The railway that carried men off to war has long gone; the Boorowa Shire’s name has disappeared, too. But the old town clock chimes anew, and names of the fallen have been researched, recorded and updated.

Much of the research and restoration came down to two people on different fronts.

Phil Armitage, a long-haul Qantas pilot from Canberra who retired in Boorowa about 2006, became RSL sub-branch president in 2016. A transport pilot and flying instructor with the Air Force and Army Reserve before his Qantas days, Mr Armitage led efforts to restore the clock, which is on a tower at the centre of the war memorial.

The names of some of the returned soldiers and their stories were brought to light in a book thanks to the tenacity of Ann Wales, a former Boorowa woman now living in Canberra. Mrs Wales uncovered the story of a pocket watch that once belonged to her great uncle, Samuel Poole. She scoured newspaper clippings, honour rolls and letters from battlefronts, and was later helped by a friend, Di Elliott, publishing “Boorowa Remembers.”

A little over 100 kilometres north west of Canberra, Boorowa had a population of 900 when the Great War began in 1914. Young men who had arrived from England only a few years earlier enlisted. Among them was Samuel, who was 19 when he sailed as a paying passenger aboard the Rangatira to Australia, and toiled away as a share farmer with his brother Robert at ‘Plains Creek’.

Samuel was 22 when he signed up on January 30, 1915. He later wrote to Robert, urging him not to join him, but to stay at home, to look after the farm and his lady love. Training camp at Liverpool was like a prison, Samuel said.

A dispatch rider in the 2ndbattalion, Samuel was crossing enemy territory carrying an urgent request for reinforcements when a sniper shot and killed him on August 8, 1915, at Lone Pine, Gallipoli.

Lieutenant AWL McNeil of the 10thBattalion discovered Samuel’s body the following night while scouting the area. Originally from Scotland, McNeil was serving with the Australian forces. He removed Samuel’s papers and a watch which he examined by candlelight. The papers were returned but McNeil was fearful the watch, which Robert had given to Samuel, might go astray and sent it back to the United Kingdom. It was not until nine years later that it was returned to Robert, now married to his girlfriend Ruth Horne. Robert later sent the watch back to his parents in England. 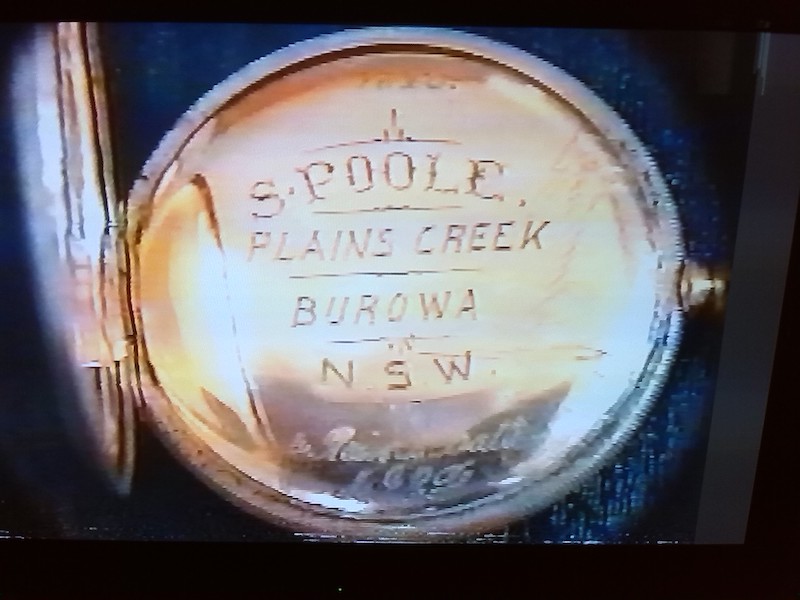 Mrs Wales developed a love of history from hearing stories from her grandparents Robert and Ruth Poole about her great uncle Samuel, and World War I. Having gathered names and stories she was invited to address the shire on her work, after which the then Mayor Wendy Tuckerman suggested she write a book.

In World War I, 345 people enlisted from Boorowa, and 67 lost their lives. In World War II 905 enlisted, a huge number given the district’s population. Twenty-five were killed.

In November 2018, the names of 13 Vietnam veterans were added to the Boorowa War Memorial, which records that from the two world wars, Korean, Iraq and Afghanistan conflicts and peacekeeping missions, 1291 people from the area served.

A little like the Poole family watch, the war memorial clock worked only intermittently for many years. Mr Armitage says the old motor was too worn to fix, and the entire workings were replaced and enhanced, costing $23,000. Bendigo Community Bank, Boorowa Arts and Craft Shop, Lions Club, Hilltops Council, the sub-branch and community all contributed.

Anzac Day will begin with a dawn service at 6 am. The clock will chime precisely as Boorowa remembers their many fallen soldiers.