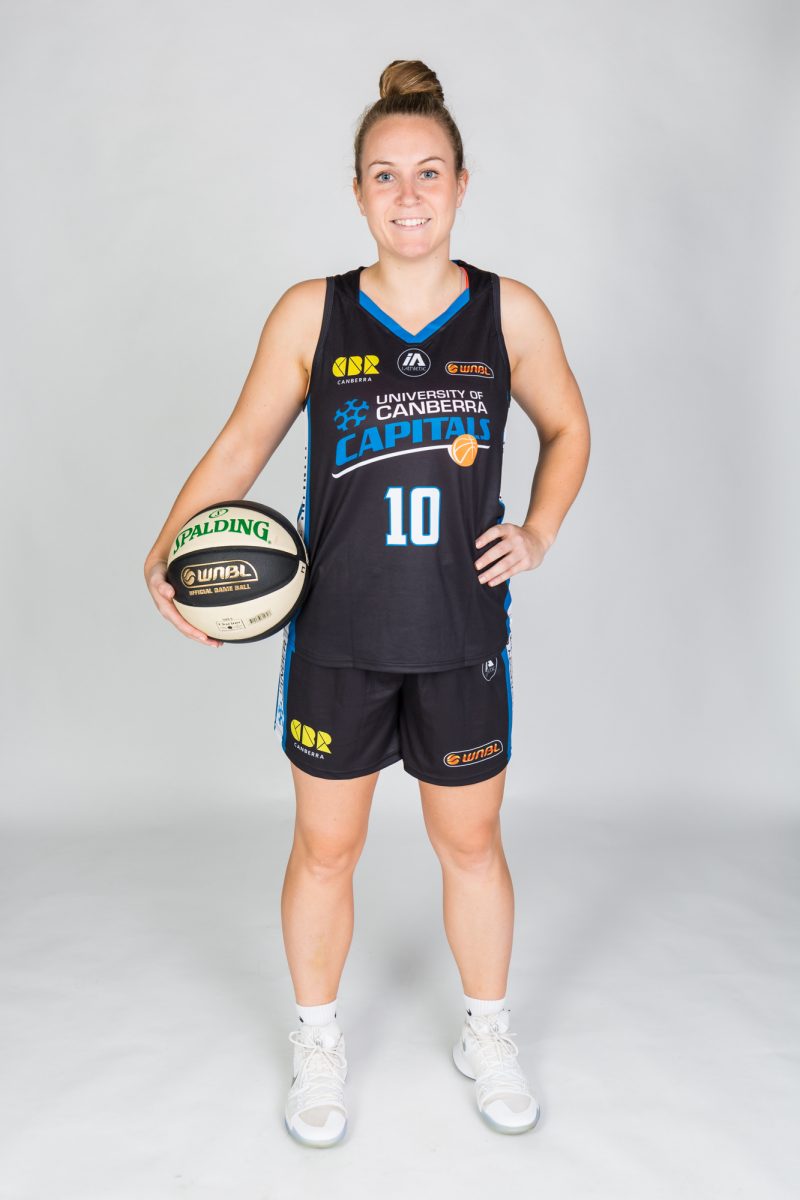 ‘Gazey’ has been a crucial part of Canberra’s WNBL side the past two seasons, after winning back-to-back WNBL titles with Townsville in 2015 and 2016. With a wealth of basketball experience at college in the States, in leagues around Australia, and in Wuerzburg, Germany, where she currently holds a six-week contract, she will help steady the ship and mentor a growing young franchise.

Gaze says the stability of having a “home” for the first time in years is a huge positive – both on and off the court.

“Staying in Canberra for the WNBL off-season will provide somewhat of a home base and a city where I can feel at home and comfortable,” she says. “I have family here so it makes a huge difference.”

“Being familiar with Canberra and sticking to similar routines I had during WNBL will hopefully help me on the court this season with the Caps Academy.”

Her leadership abilities and hot hand from three will assist the squad in scoring and inspiring others to perform at their peak.

The return of UC Caps and emerging Australian Opals forward, Keely Froling, and former WNBL guard, Sarah McAppion paired with Gaze and US import Brittni Montgomery brings a balance of athleticism, experience, and outside shooting.

“We’ll have another experienced leader on the floor, which will be good for us because previously we were a young group,” says coach, Debbie Cook.

“Gazey will be coming back with international experience, learning to play in a different system, and a more physical league,” adds Cook. “She also has experience playing against some of SEABL’s top players in the WNBL.”

With a strong core assembled and pre-season well underway, the Caps Academy is on track to make their first playoff appearance in their short five-year history.

“I’m most looking forward to helping this club continue to improve,” says Gaze. “I just hope I can join the team and help them move in the right direction.”

“To be a part of history at any club is a great honour,” she adds. “So hopefully this season we can get to the playoffs and set the bar for future Caps Academy teams.”