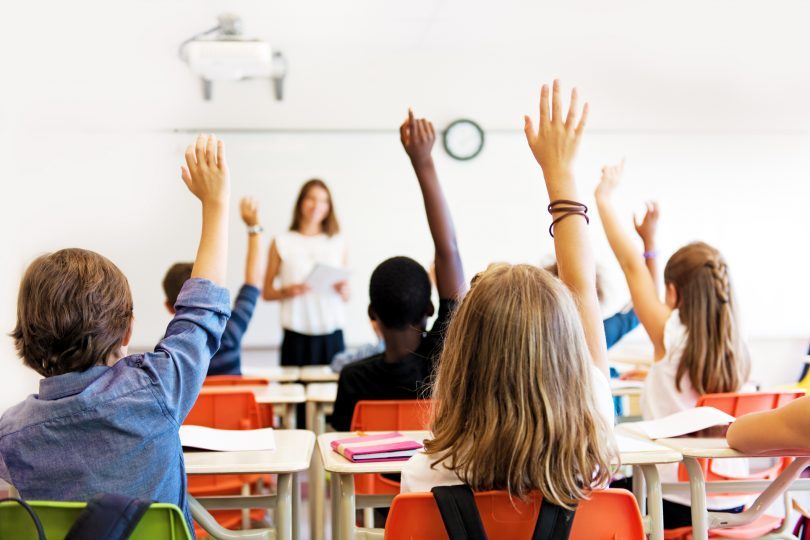 Increasing pressure on teachers due to blown-out workloads could be partly due to a guidelines gap: no one knows exactly what teachers ‘should’ be doing when they are not in the classroom, the teachers’ union told a committee inquiry yesterday (29 March).

Australian Education Union ACT branch secretary Patrick Judge said “teachers end up doing far too much” when they are not in front of a classroom because there aren’t defined boundaries around what those hours should be used for.

Primary school teachers are required to spend 21 hours a week in the classroom while high-school teachers must spend at least 19 hours, Mr Judge told an inquiry into teaching quality in public schools today.

“That still leaves the rest of the 36.75 hours teachers are paid for,” Mr Judge said.

Canberra Liberals MLA Nicole Lawder questioned whether teachers’ workload pressure had increased over the years, and Mr Judge agreed with this assessment.

He noted that there wasn’t a clear demarcation around what teachers should be doing at this time, which meant everything was treated with the same level of priority when that shouldn’t be the case.

It was Mr Judge’s view that this out-of-classroom time should be used for planning and preparation for lessons and working with their colleagues, the wider school community and parents.

“Those sorts of things are what our members tell us they want to be doing; instead, a lot of the time they are doing administrative tasks or they are following up on a range of other tasks,” Mr Judge explained.

The Assembly’s standing committee on Education and Community Inclusion is currently inquiring into an ACT Auditor-General’s report on teaching quality in ACT public schools.

It’s well known that the ACT, along with the entire country, is suffering a teacher shortage.

The union’s submission to the inquiry predicts this shortage will worsen in the coming years because not only are there not enough teachers now, there aren’t enough coming through the ‘pipeline’ either.

Mr Judge said COVID-19 has exacerbated the teacher shortage, but even before then, schools found it difficult to get teachers into classrooms to give staff release time for professional development.

Sometimes, the union has to cancel professional development because teachers could not attend.

“It is the lived experience of our members. We continue to receive reports of there being insufficient staff to replace teachers who are absent, of classes having to be split and collapsed, of single teachers dealing with 50 or 60 students at a time,” he said.

Mr Judge said it’s simply impossible to have “quality teaching” to this number of students if the current workload pressure on schools and teachers continues to grow.

This includes the reality that schools and staff are asked to deliver a broader range of services than education alone.

The Auditor-General’s report found resignations had accounted for 67 per cent of teacher separations between 2014 and 2020 and that the majority of staff leave in the first seven years of service, “which is before they become highly effective teachers”.

It concluded that the Education Directorate would be unable to maintain teaching quality if enough staff cannot be recruited to cover staff turnover and predicted student growth.

Mr Judge said the union is concerned about a lack of planning related to where staff will be needed in the future. He said there are projections for enrolments, but it was a “mystery” why the same could not be provided for teachers.

“We can’t have this conversation … because we don’t know … that information is not available to us,” he said.

The ACT Government set up a teacher shortage task force six months ago, which Mr Judge said had run into “challenges” around a lack of available data and the task force’s inability to address some issues – like teacher pay – which did not sit within its remit.

The article is intending to raise concerns over the increased demands put on teachers outside of planning and teaching. At one ACT high school teachers are excepted to run at least one lunchtime club per week in addition to duties and teaching.
Teachers are not only teaching students, they are assessing student knowledge and reporting to families, conducting parent teacher interviews (more often than not these occur after hours). Organising sporting events and coaching students (filling in endless paperwork to be able to take students to these events).
On top of all these trying to have a life of their own, and trust me they don’t do it for the money. How many other professions are required to pay a registration fee in order to do their job, pay for additional training in order to meet the requirements of that registration, and more often than not do said training in their own time so as not to cost the school additional money due to staffing.

The failure of our modern school curriculum means that teachers are attempting to teach more than there are hours in a school day, and on useless topics that are included for politicised reasons. Perhaps we need to go back to basics of what our children should be taught to allow them to best grow in our society and become it’s future workforce, and leave the PC rubbish out

If teachers don’t know what they should be doing, then as a profession, I suggest they get together and work out some guidelines. That is what other professions do: they don’t wait for someone else to tell them what to do, they set standards themselves. The people who teach accredited courses at university then teach these standards to the trainees. At least that happens in the computer profession: as a computer professional I help write standards, then as a university educator, I teach my students what to do. Courts and governments are generally happy to accept the guidance issued by professional bodies. Employers might want to argue the details, but then they have to go to the trouble of coming up with their own alternative standards. http://www.tomw.net.au/technology/it/expert_witness/

If only. The education curriculum is shed from on high. University academics and researchers recycle overseas research and/or rebrand failed systems to cast their pearls to the bureaucrats running Education Departments. Many of those that dictate what and how to teach have never spent a day in an actual classroom let alone taught for a few years in socio-economically challenged settings. And if they had they are usually the ones that couldn’t handle the pressure and bailed out to seek the refuge of academia. Teachers are the last ones consulted on how to teach.

It’s a profession, it’s a vocation. it’s a calling…..that’s the fuzzy rhetoric that has seen Education Departments playing the guilt card to catastrophically change the core role of teachers and suppress their working conditions for the last 30 years. Community change has seen the job…..and I mean, job……turn into a dumping place demanding that the education system provide the solution for every societal dysfunction and respond to every knee jerk reaction by any vocal minority with an axe to grind regarding a perceived societal woe. Teachers are very short sighted and their own worst enemy when they are guilted into watering down negotiations to the point that they give a week’s notice and provide alternate care for ‘kids’ in piecemeal industrial action. Meanwhile the kids’ parents moan about the inconvenience while they themselves will strike for better pay and conditions. While teachers are ‘soft’ industrially the media and governments will take advantage of them. The reality is setting in. Poor pay and conditions lead to resignations and hinders recruitment. Then ask why your kid is being taught Maths by an Art teacher. Ask why your kid is being shuffled around the school because there aren’t any casuals. About time that parents, governments, the media and teachers themselves acknowledged the fact that teaching is A JOB. And not an easy one. Employers respond to strength. Teachers need to show some industrial strength. Not only for themselves but for the medium and long term improvement of the kid’s learning conditions. Happy teachers make for happy kids and better learning

That job you are referring to requires a University degree, professional registration and ongoing professional development. So waggamick I think you will find that it is a profession, and one that unlike so many others requires a large amount of additional workload above and beyond that of just teaching kids.

I don’t recall any of my teachers having all those “bits of paper” and they managed quite well.