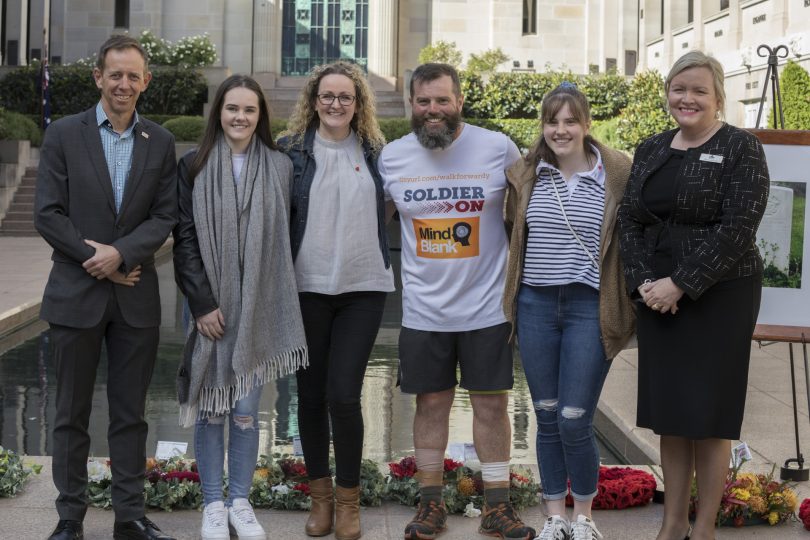 Shane Rattenbury, left, with Michael Ward and family, centre, as he was greeted by staff at the Australian War Memorial. Photo: Michelle Kroll, Region Media.

Melbourne man Michael Ward has incredible feet and they’ve just completed the incredible feat of walking 625 kilometres from Melbourne to Canberra to raise awareness of mental health and suicide prevention.

Mr Ward, or Wardy as he is known to many, said he had no blisters as he arrived at the Australian War Memorial last Friday, having walked from Melbourne in 15 days.

“I pulled a muscle in my leg early on, and I just put vaseline on my feet and they hardened up after a few days,” he told Region Media after arriving in Canberra for the Last Post ceremony at the War Memorial.

From camping by himself on Brindabella Road near Tumut, to the generosity of people he met every day of the walk, Mr Ward said his walk was all about getting people to talk about mental health and suicide.

“What I really want is people to start talking about mental health and suicide,” he said. “If I could somehow prevent one person from attempting suicide, then the walk will have been worth it.”

His solo walk also exceeded its goal of raising $50,000 for youth suicide prevention and wellness organisation Mind Blank, as well as for Soldier On, a not-for-profit organisation that helps war veterans from more recent conflicts and their families.

Mind Blank is a not-for-profit organisation that generates awareness regarding youth mental health through innovative education programs in schools, workplaces and community groups across Australia, including interactive theatre programs.

Mind Blank CEO Alison Kelly was raised in Canberra and now lives in Melbourne where she has been at the helm of the unique charity for the past eight years. Her award-winning programs have directly impacted more than 30,000 young Australians.

Mr Ward, a war veteran, says the fundraising walk is close to his heart because of his own personal experience of losing his brother.

“In 2005 my brother, aged 21, while serving in the Royal Marines, committed suicide,” he said.

“I will never know the real reason, or what he was thinking when he died. But the reality is he died that night and my family and I would never be the same again.”

Married with two children, Mr Ward served in the Royal Air Force for 18 years as a logistics specialist and reached the rank of Corporal.

After moving from the UK to Melbourne, he walked from Adelaide to Melbourne in 2017 to raise funds for Mind Blank.

From this gesture, an alliance was formed with the Canberra PCYC, supporting suicide prevention efforts. 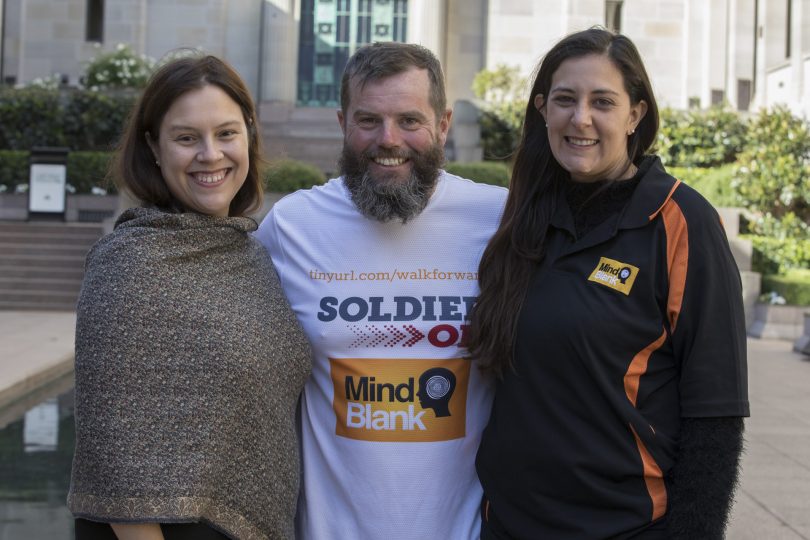 Mr Ward said the highlight of the walk were the people who stopped to hear his story and share theirs, and keep the conversation going.

“One person stopped with his daughter and they thought I was homeless,” he said. “They actually came to the War Memorial to see me finish, so it obviously touched them as well.

“It just shows that mental health is an issue and the people sharing their own stories will stay with me forever.

“The generosity of Victorian and NSW people, and also here in the ACT, just trumps everything for me. There wasn’t one day that I didn’t speak to someone who shared their story with me.”

“We help veterans, some whom have mental health issues, by providing the support and help they need to lead meaningful and enjoyable lives.”

ACT Minister for Mental Health Shane Rattenbury welcomed Mr Ward on his arrival to the Australian War Memorial. Mr Rattenbury said every death from suicide is one too many.

“As a community, we must continue to tackle the stigma around suicide and mental health. I commend Michael on his fantastic efforts as part of getting the community talking about these all too important issues,” Minister Rattenbury said.

“I just feel like I want to do more to help mental health awareness. I feel as if I’ve got a story to tell.” 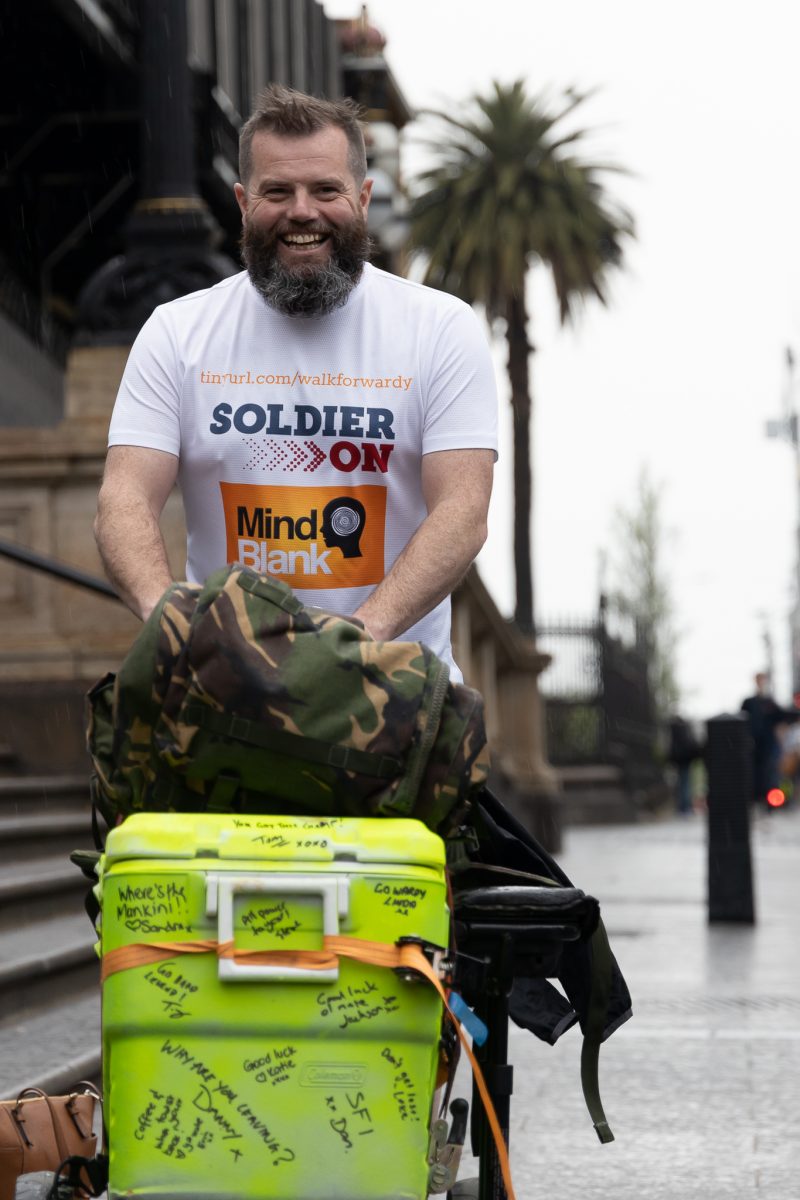 Michael Ward begins his walk in Melbourne with his supplies and words of encouragement. Photo: Omer Chaudhry.

@The_RiotACT @The_RiotACT
In our new series celebrating the stalwarts of the Canberra hospitality industry, we drop in to Madam Lu for a taste of Malaysia and meet Ming Kong – a familiar face to many food lovers https://t.co/LFFMT38uGa (11 minutes ago)