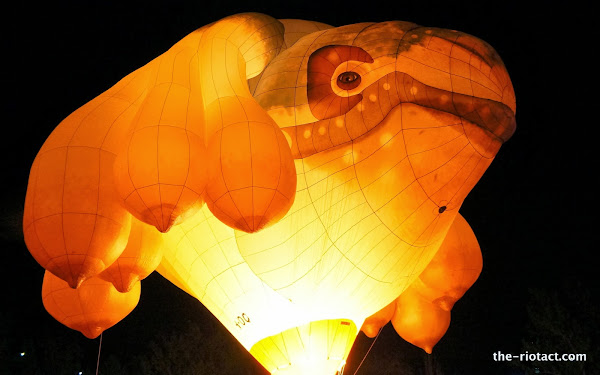 The Canberra Liberals’ Brendan Smyth is working himself to high dudgeon that people’s time costs money, even when it comes to the magical mystical Skywhale:

“Having paid for the Skywhale through their hard earned tax dollars, Canberrans and their community groups are now being slugged again to have the Skywhale appear at their functions during the Centenary year,” Mr Smyth said.

“During a Public Accounts Committee hearing today and under questioning from the Canberra Liberals, the government revealed Belconnen Community Arts, Kingston Arts Precinct, Gorman House and the University of Canberra had to pay for the Skywhale to make appearances at their events.

“This follows other recent revelations that the Tuggeranong Community Festival abandoned plans to have the Skywhale appear because costs could have reached $7000 and because the bureaucratic process was too arduous.

“This is Canberra’s balloon, paid for by ACT taxpayers and it makes a mockery of the Centenary year that local groups have had to pay for something that’s already cost the community $300,000. Residents have already paid $33,000 per flight in Canberra, now community groups have to fork out. This is not good enough,” Mr Smyth concluded.

Apparently $300,000 is a magical sum of money which will cover people’s wages no matter what they’re asked to do.

One wonders how much more public spending Brendan would like to see to ensure no-one should ever pay for a Skywhale appearance?

Skywhale is not owned by the ACT, nor a Canberra owned business. It is owned by Kiff Saunders, director of Melbourne business, Global Ballooning.

It’s all creative accounting so not sure what Smyth is getting worked up about. The groups he lists all receive funding so it’s basically the government paying itself in a roundabout way. What next, he’ll complain ACT Police have to pay rego on their cars back to the ACT Government?

I guess at the start of the year it was advised you would need to cough up to see the whale .. or were it.

“Having paid for ACTION through their hard earned tax dollars, Canberrans and their community groups are now being slugged again to make use of ACTION” Mr Smyth moaned.

Rob Quarmby - 8 hours ago
Most I’ve ever seen around my area this year hadn’t seen them for a long time before this... View
Daniel Palmer - 10 hours ago
Minus the fires, has me stumped why. View
The Garden, botanicus perfectus - 13 hours ago
Ann Gottaas View
Lifestyle 16

Government pays out $37,000 in pothole claims but Taylah’s fight goes on