What you will save on your water bill 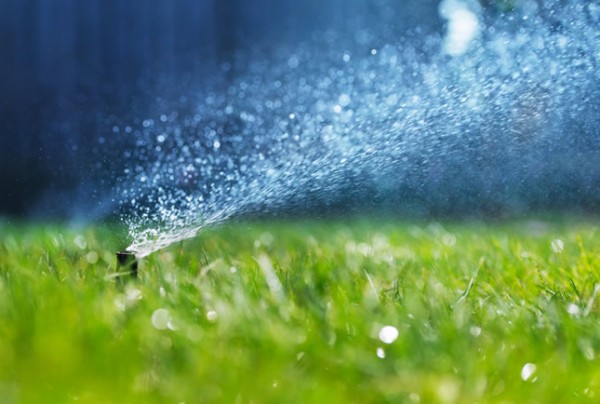 Average Canberra households will pay $42 less a year for water as a result of the Independent Competition and Regulatory Commission’s latest five-year price determination.

The ICRC said the decision determined the amount of revenue Icon Water could earn, and what prices it could charge, over the period 1 July 2018 to 30 June 2023.

Senior Commissioner Joe Dimasi said it would mean a fall in prices ACT consumers pay for water and sewerage services in 2018-19, despite a $16 increase in the supply charge.

“Annual bills are then expected to increase by around 2 per cent each year for the rest of the regulatory period, which is roughly in line with expected inflation,” Mr Dimasi said.

The ICRC said annual bills for non-residential customers would fall by between 1.8 and 8.7 per cent in 2018-19 compared to 2017-18, depending on water usage and the number of billable fixtures. 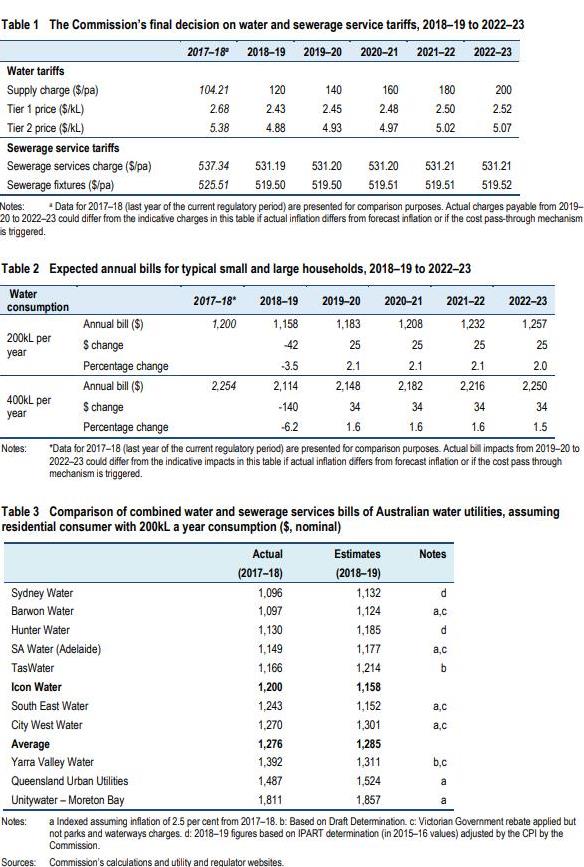 The amount of revenue Icon Water can earn from water and sewerage tariffs (the net revenue requirement) is $1,547 million over the five-year regulatory period, 3.2 per cent lower than Icon Water’s initial proposal of $1,598 million.

The ICRC said the combined water and sewerage services bills of residential consumers in the ACT would remain lower than the average of comparable jurisdictions.

Icon welcomed the decision, saying that almost 100 per cent of residential customers would see a reduction in bills this year, with bills expected to stay in line with inflation over the following four years.

“The price reduction has allowed for measured and gradual rebalancing of tariffs which will improve affordability while continuing to promote water conservation. The annual water supply charge will increase by $16 in 2018-19 which will be more than offset by the reduced volume charges,” Icon said.

Jody Crawford - 20 minutes ago
Dominique Webb! What is with the Roos at the moment? View
Theresa Green - 24 minutes ago
This is brilliant View
Capital Retro - 37 minutes ago
That kangaroo may be blind. It's not uncommon and causes them to get separated from the mob, stumble and be unable to graze.... View
News 3

Capital Retro - 36 minutes ago
Good grief! Do we really need this level of oversight? View
jwinston - 2 hours ago
Here we go…sigh View
Property 3

Ross Bryant - 38 minutes ago
Bigger is better. Not really. Its all about making the max amount of money. View
Robert Azzopardi - 1 hour ago
NIMBY time … muster up (pun intended) guys 🍷💥🍷💥... View
Peter Groves - 2 hours ago
Yet another “not in my backyard” group. View
Community 5

Vicki McDonald - 58 minutes ago
Great to see. Well done Steve... View
Briony Young - 2 hours ago
Would love to see the finish product. Thank you Steve for your hard work and commitment. View
Property 24

Pauline Parks - 2 hours ago
Congratulations on 70 years together, lovely to see you well looked after as you did for others Ken & Pauline View
Marilyn Fasham - 3 hours ago
Wonderful neighbours we miss you very much View
News 21

MERC600 - 3 hours ago
Mr Barr "“It would be really unfortunate if the Christmas gift to the nation is the highest ever level of cases across Aust... View
show more show less
*Results are based on activity within last 7 days

Icon solar roll out turns back time on power bills

@The_RiotACT @The_RiotACT
A #court has heard accusations a Molotov cocktail, bricks and a "firebomb" were used in alleged revenge attacks against several young people involved in a brawl at the Weston Creek #skatepark which resulted in the death of an 18-year-old last year https://t.co/wk2148YIZn (3 minutes ago)

@The_RiotACT @The_RiotACT
Queanbeyan and Wagga Wagga are justifiably regarded as Australia’s top sporting cities per head of population. In the first instalment, Tim Gavel makes the case for Queanbeyan https://t.co/JyawrTtn6R (1 hour ago)

@The_RiotACT @The_RiotACT
The ACT has recorded 16 new cases of COVID-19. Yesterday, there were seven. At least 11 of the new cases spent part of their infectious period in the community https://t.co/MFGTkKiEVH (2 hours ago)