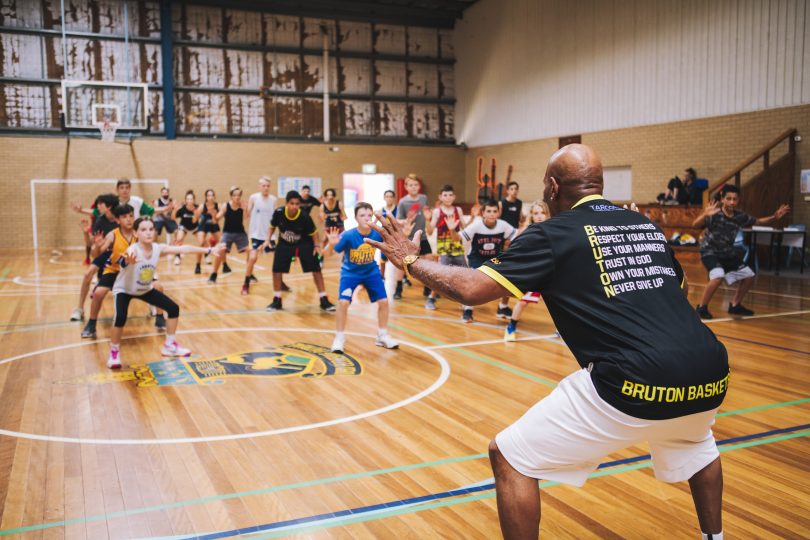 Cal Bruton says: “The more education we can deliver, the greater the understanding of the impact of racism, especially on young people.” Photo: Supplied.

It’s difficult to comprehend that racism exists in any form in sport in our community. But it does.

When Benny and Yvonne Mills established the Shadows Basketball Club in Canberra in the mid-1980s they had several aims.

Ostensibly they wanted to use basketball to engender a sense of identity and strength in young Indigenous people in Canberra, many of whom had moved to the city for work.

Speaking to Benny this week there remains a strong sense of pride in what was achieved through the Shadows, including the building of networks for those involved in the club.

“When we set up the Shadows I was playing in Div One with a number of Cannons players. I brought them across to play with the Shadows. It taught the Shadows players how to survive in a number of ways and to be strong about their identity, not just in sport.”

NBA star and Benny and Yvonne’s son, Patty Mills, played in the under-10s team as a four-year-old. It was a tough initiation.

When the Shadows folded after many successful years there was a void until Dion Devow reinvigorated the concept of an Aboriginal and Torres Strait Islander basketball club in Canberra in 2014, and the Winnunga Warriors Club was formed.

The Warriors players have been taught the same survival skills and the sense of identity established by Benny and Yvonne with the Shadows but there is a threshold. 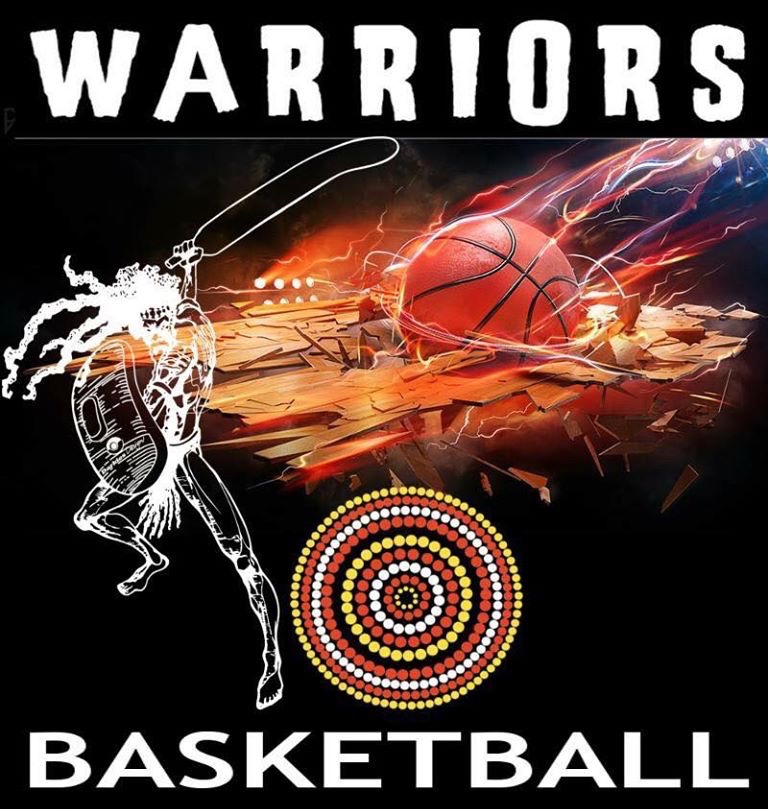 This week, Dion decided enough was enough when players in his under-12 girls team were left feeling demoralised after racist slurs were allegedly directed at them in a game on Sunday.

“We are well and truly over it. It’s been going on for five years. It’s not constant, but it’s been prevalent. I’m not going to be quiet about it. As a community we need to be respectful,” says Dion.

Dion has called on Basketball ACT to take action. It’s not just about education, he says, although an awareness of what it means to racially vilify would help.

“We need zero tolerance. There need to be consequences, which includes penalties for players involved.”

For his part, the CEO of Basketball ACT, David Simpson, who has been extremely proactive during his time in charge of the organisation, says he is serious in his desire to ensure clubs and players fully understand the seriousness of the issue. He has launched an investigation.

In an email sent to all club presidents, Mr Simpson reminded the basketball community of their role in actively eradicating racism and discrimination.

In his email to members he wrote: “I would like to take the opportunity to reinforce to you all that basketball does not condone any form of racism or discrimination within our community at any level. As a wider basketball community we all have a role to play in actively eradicating racism and discrimination and I would ask that you take this opportunity to remind your members that there is no place for any form of racism or discrimination within our sport (or anywhere else).

“At Basketball ACT we are proud that we have a truly multicultural community, and we want to ensure it is and continues to be a safe, welcoming and inclusive environment for every single one of our members.”

Benny says while progress has been made, it’s obvious that more needs to be done to ensure there is a safe environment for young Indigenous players without fear of being vilified in any way.

“It’s important that Basketball ACT takes it seriously. Whether it’s under 12s or first division, they need to look at preventative steps in the first instance. Kids need to understand that there are rules. We are talking about basic respect. Both education and sanctions are required. Education is important but you also need consequences for actions, it makes you rethink and be aware, and make better choices as a community.”

In writing this story I spoke with NBL Hall of Famer Cal Bruton. I also contacted Danny Morseu, the first Torres Strait Islander to represent Australia at the Olympic Games and the first Indigenous Australian to play basketball for Australia. Both Cal and Danny have a strong connection to basketball in Canberra.

A couple of weeks ago I wrote about the racial abuse directed at Cal during his time in the NBL. Since that article Cal has been inundated with offers. He’s been invited to join the NBL’s inaugural Reconciliation Action Plan Group, and to be a selector for Basketball Australia’s inaugural emerging coach initiative, as well as potential roles with several basketball associations mentioned in that story.

Says Cal: “Yes I am surprised. I’m elated with the outcomes. AFL SportsReady has shown me that we can make a difference in the lives of young Aboriginal and Torres Strait Islander people.”

According to Cal, education is the key.

“The more education we can deliver, the greater the understanding of the impact of racism, especially on young people.”

From his home on Thursday Island, the understated Danny Morseu says “it’s been tough at times”.

Danny was a trailblazer for Indigenous sportspeople, not just in the sport of basketball, and not just on the sports field.

He played at three NBL clubs, played for Australia at two Olympics, and played 12 world cup matches for the green and gold. He is also uncle to Australian Boomer and basketball legend, Patty Mills. He was so influential in the life of basketballer, Nathan Jawai, also a Boomer and NBA star, that Nathan refers to Danny as ‘uncle’.

Danny has worked tirelessly to involve Aboriginal and Torres Strait Islander kids in Canberra, as well as the Torres Strait and within remote communities, in the sport of basketball. And it is through basketball that he opens up conversations about wellbeing, lifestyle and visualising the future. But this work can be so quickly undermined through thoughtless racist comments and jibes.

As a community we need to ensure that racism doesn’t drive young Indigenous players, potentially the next Patty, Nathan or Danny, out of the sport.

Dion Devow says the deterrent must be more than words, he wants action – we need to be a better community.

Surely we have the strength and resolve to make all sport a safe and encouraging environment for everyone in Canberra without the fear of racial vilification?

I gave up on team sports when I was a kid because of this sort of thing. When I told the coach he said that it was called sledging, it is part of sport and you have to put up with it. I overheard him saying to one of his assistants when I didn’t want to play “John’s gone walkabout again”.

I didn’t give up on sport altogether, taking up bodybuilding, swimming and cycling. But my earlier experiences soured the idea of team sports and participation permanently.

If the incident happened in an U12s game, then you should also consider looking at the family. Children learn that behaviour somewhere!!!

Well the whole team of the person who made the slur should be banned for a few weeks or so.

Or ban the person making the slurs for a few weeks. This behaviour is completely unacceptable in kids sport – and adult sport 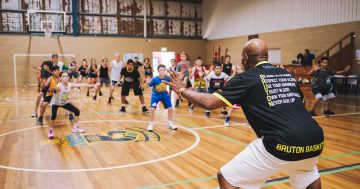 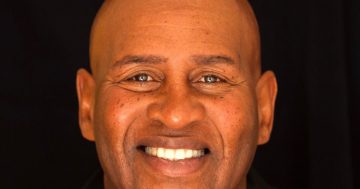