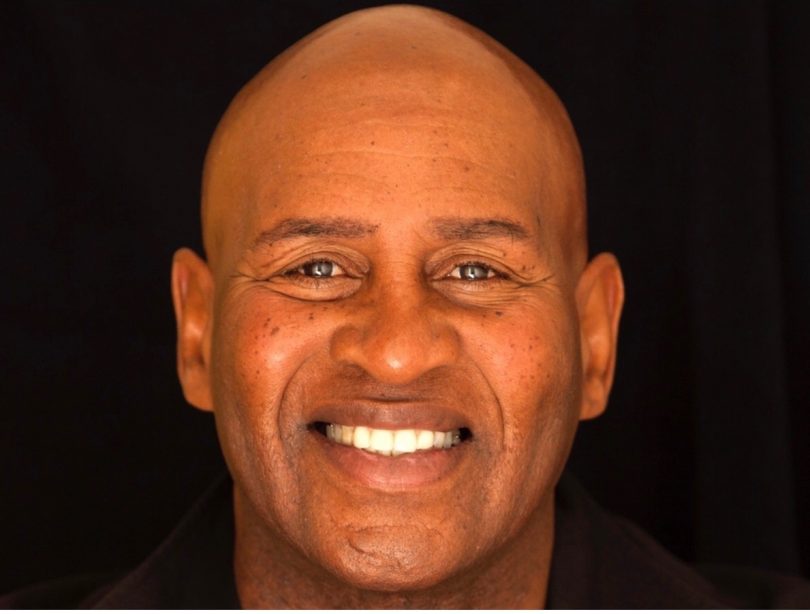 Prior to my wife and I adopting two children from Ethiopia in 2004, I had little understanding of the issues faced by people of colour in the community.

Being protective of your children, you notice nuances that may have slipped by in the past but now become flashpoints.

It wasn’t so much in Canberra, it has to be said; it became much more apparent as we travelled as a family outside the city.

My experiences, though, are very much on the periphery compared to many other people, but the impact can be brutal when it affects those close to you.

When Cal Bruton came to play in the NBL in Australia in 1979, he was only one of two black Americans in the league. The other was Herb McEachin. Both would go on to play vital roles in Canberra basketball.

Cal, who won NBL titles as a player and as a coach, says he copped plenty of abuse, much of it racial.

“I went to play a game at Nunawading in 1979,” remembers Cal, “The crowd was racially abusing me. Their mascot had a hood like the KKK back home. The opposition gave it to me; I gave it back. I needed a police escort out of the building.

“For me it was a wake-up call. Later when I was playing in Geelong, my son had a sign supporting me. That was smashed to pieces.”

Cal hasn’t been afraid to take a stand.

“I’ve been looked upon as a renegade. I feel as though I have been fighting racism a long time.”

The backlash against Adam Goodes and his stand against racism provides an insight into what happens to people who decide to kick back against blatant racist sentiment.

By his own admission, Cal says he found it difficult to secure positions in Australian basketball.

“In Brisbane, I won a championship but felt as though I didn’t fit in. I won a title as a coach in 1990 in Perth but wasn’t able to retain the position so I went to Hobart to coach and found that extremely challenging. Then, between 1994 and 1999, I couldn’t get a job in the NBL. I ended up working as a postie and unloading trucks; whatever I could do to support my family.”

He remains concerned about the lack of diversity of people in decision-making positions.

“The lack of indigenous players in the NBL is an indication of the lack of people of colour in coaching or leadership positions. There needs to be more diversity and inclusion in the management of basketball for the sport to be successful. Indigenous players, in particular, are being left behind. When you look at Patty Mills you realise what is possible.”

Cal has been in Canberra for 21 years after coming to the city to coach the Cannons in 1999.

These days he is doing what he can to better the lives of young Indigenous people and those from a multicultural background in his role with AFL Sportsready.

AFL Sportsready is a concept originally devised by Kevin Sheedy for young AFL players, but the program has now progressed beyond sport.

“Through the program we go and find jobs and opportunities for young Indigenous and multicultural people,” says Cal.

“It might be in sport and recreation, business, creative arts, trade, horticulture, or government. We work with host employers and bring mentors and educators in to help the young people to graduate through the program.”

And the program has proved to create opportunities for many.

Says Cal: “It has been enormously successful with over 16,000 young people and 2,500 Aboriginal and Torres Strait people coming through the program since 2000.”

Leading by example, Cal has been able to demonstrate what is possible through a proactive approach to create change. He has not forgotten the negative experiences of the past but has used these to forge a better future for so many.

Karen Hardy - 19 minutes ago
Helen Stafford WHAT DID I TELL YOU View
Acton - 10 hours ago
I use a trap which is effective in catching individual wasps and discourages nesting. The trap uses a European wasp attractan... View
Community 5

mickos - 2 hours ago
No such thing as pro-active policing ,only reactive policing thanx to the ACT 'government' that's never given a damn about la... View
Food & Wine 1

MERC600 - 3 hours ago
Always good to see a new industry opening up in the region, although I didn't have a clue where Capricorn park was. So did a... View
Lifestyle 2

bikhet - 4 hours ago
Nah. Got common grass skinks and marbled geckos though. Got another type of gecko too but haven't been able to identify it. View
DJA - 5 hours ago
Don't see any blueys in the backyard, but do see dragons (I think they are jacky dragons) and cunningham skinks. View
News 15

Michael Ilsley - 8 hours ago
How lucky are those children going to be being taught by such an incredible person. View
Rhonda Maxwell - 12 hours ago
Brad is an amazing young fella who is living a full life. His family and friends are s wonderful support as is his footy team... View
Pam Perkins - 12 hours ago
A very inspiring young man all the best in all your future endeavours and wonderful community support... View
Community 11

John Beagle - 9 hours ago
100% correct Gordon. The toilets are a disgrace. They appear to be the original 1999 edition, and the only illumination is on... View
Opinion 54

A burst water main on Wakefield Avenue is causing traffic delays and disrupting water supply in Canberra's north this afternoon...

@The_RiotACT @The_RiotACT
Documentary that tells the story of the Queanbeyan family behind Bell’s Amusements has been shortlisted for SBS’s Australia Uncovered series https://t.co/5wpvXyloYp (2 hours ago)