Wherever you go, the mind returns to Goulburn 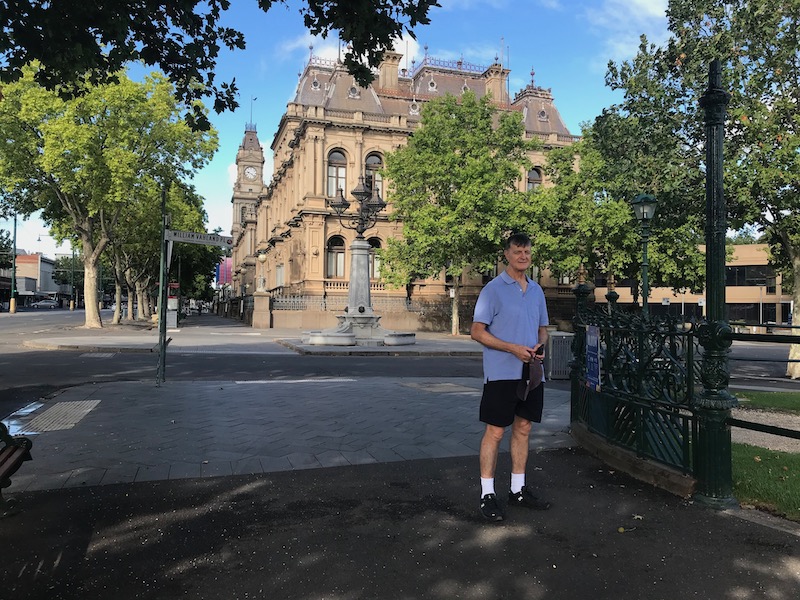 John Thistleton in Bendigo, where reminders of Goulburn can be found everywhere. Photo: Supplied.

When my wife Franki and I spent three days in the Victorian regional city of Bendigo, memories of Goulburn, where we lived for almost 40 years, came flooding back.

We met at the Rugby Club in Market Street and married in Goulburn a little over a year later. That little rowdy club has long gone. Our three children grew up in Goulburn, so it’s understandable every city we visit – big or small – is benchmarked against our ‘hometown’.

Goulburn’s early town plan is much like Bendigo’s. Most of the big, ornate heritage homes look over the town like wise old owls from the highest hill, sharing the view with churches and a spectacular cathedral, with the main street below and the railway line a few blocks away. The Calder Freeway runs through Bendigo, with thundering trucks reminiscent of the heavy vehicles through Auburn Street before the highway bypass. Today, Goulburn is much quieter.

READ ALSO Is student-led learning leaving some behind?

What separates Bendigo from Goulburn is gold. The Victorian city of 100,000 people was the world’s richest gold mine in the 1800s. Today it has a good train service into Melbourne, and if Goulburn ever gets a comparable service into Sydney that will be as good as gold.

Many of the reasons we left Goulburn are similar to the reasons behind Rob and Sandra Walker’s decision to relocate and make their new home in Nelson Bay north of Newcastle. This was surprising in one sense. They were heavily involved in Goulburn’s business, civic and social circles for many years.

They had lost Rob’s mother, Daisy, who passed away in 2013. Daisy and Rob’s late father Peter established Walker Tiles, a name synonymous with Goulburn’s gold-standard small businesses. Rob and Sandra wanted to be closer to their children and grandchildren in Newcastle.

“We are three-quarters-of-an-hour from Newcastle – like Goulburn was only an hour from Canberra – and our son, Steven, is a helicopter pilot at the RAAF base at Williamtown (just north of Newcastle),” Rob says.

Like Franki and I, the Walkers have a daughter and son-in-law and grandchildren in Perth. 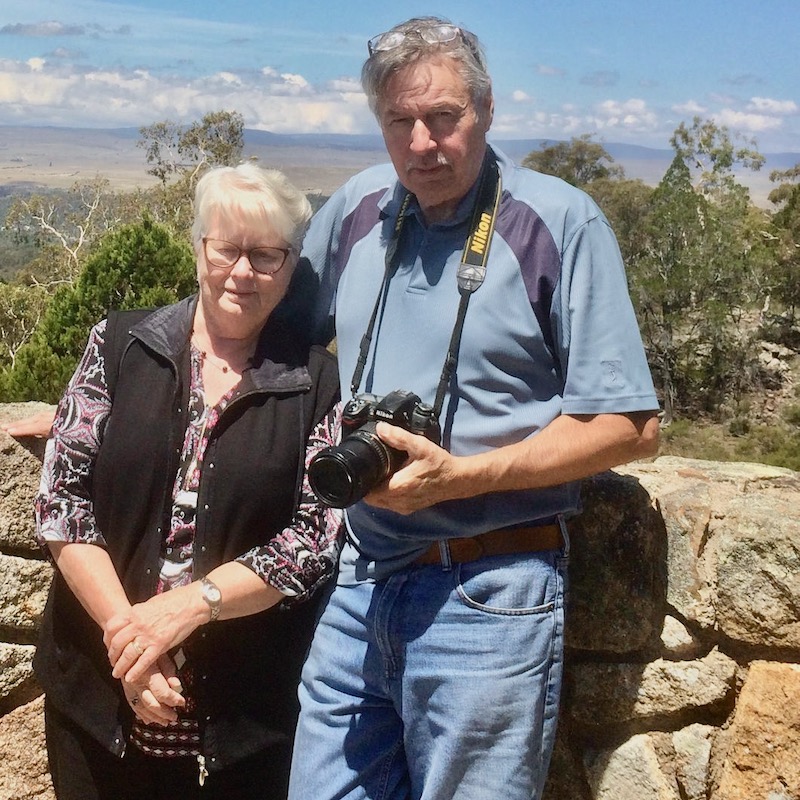 Sandra and Rob Walker see reminders of Goulburn in Newcastle.

“I have lived in Goulburn most of my life – 50 years – we both love Goulburn, it was good to us,” Rob says.

“I don’t regret leaving, because we have moved ‘Goulburn’ here. We are four minutes to the shopping centre, and 10 minutes to the beach and that was what we loved about Goulburn, everything was 15 minutes away.

“We missed friends and the country lifestyle, but you have to move on and that lifestyle is here as well. I missed not being able to get onto the golf course whenever I liked. I joined the Salamander Tavern Social Golf Club and met a bunch of blokes like my golfing mates in Goulburn – a real bunch of mongrels just like them,” Rob says with a chuckle.

Rob, a.k.a. Wheelie-Walker, cried when he sold his Triumph XCx 800 motorbike.

“Goulburn was one of the best places to ride motorbikes. You can go everywhere without being on a highway. It’s too dangerous up here, and at my age, even if you have a light fall, it takes too long to heal up,” he says.

Rob and Sandra reel off names of people they have bumped into including John Diemar, Terry Barry (now deceased), Heather Atkins, and Les who played hockey with Ken Briggs many years ago. This sparks fond memories of what they miss most about their former hometown – the people, and that will never change.

The Walkers recently saw a fresh collection of Goulburn’s significant architecture on Facebook, captured in high-quality photos, that reminded them of their hometown, as it did for us in Melbourne. In our new location, more congested spaces we live in and travel through, noise and the rapid pace of everything are more than I expected.

READ ALSO After 38 years as Victor the Viking, Tony Wood (now OAM) has no plans to retire

As time moves on, Franki and I have grown accustomed to our surroundings. Yet quirky things surprise us almost every day. Women on the early morning trains using their iPhones as mirrors to finish putting on their make up on the way to work, crushing crowds on trams, and the lack of little birds that used to wake me when we lived on Cowper Street, Goulburn.

When you meet new people in a new place, you look into their eyes for a flicker of someone they remind you of from your hometown. These strangers are good people, of course, but can never share that community of interest that brings the warmth of recognition when you ring up and talk to the Walkers. 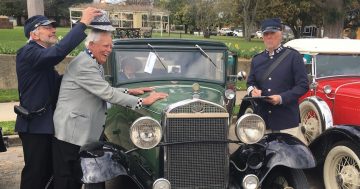