Why choose vinyl? A musician’s perspective on the nostalgic alternative

Music is everywhere these days.

It can be heard in the background of ads, on speakers in shopping malls, on radio stations, and on movie soundtracks.

In an age marked by the curation of playlists through streaming platforms, the ubiquitous nature of music feels like it has permeated nearly every aspect of modern life.

But what exactly is special about vinyl, a seemingly outdated medium that is finding its feet again in the modern age?

With an increase in accessibility and consumption, there has been an unexpected rise in vinyl sales in recent years.

In 2020, more than one million vinyl records were sold in Australia, a sharp 300 per cent increase compared to 2015. This upward trend has been constant for the past five years and is forecast to continue growing.

This trend can be seen as a reactionary tale of the modern ubiquity and consumption of mainstream music. It’s marked by a desire to slow down and enjoy music in a tactile way. Vinyl preserves the narrative structure of albums and can offer a completely different listening experience by providing warmer, richer and deeper sounds due to the analog nature of the technology.

A key reason for this upward trend of vinyl sales is that the medium connects with younger, more engaged fans, and for the appeal of the medium as a collectable artefact. With this, local record stores become a symbol of nostalgia and a cultural hub for music lovers.

Landspeed Records in Garema Place has been around for nearly 30 years, servicing Canberra’s vinyl lovers. 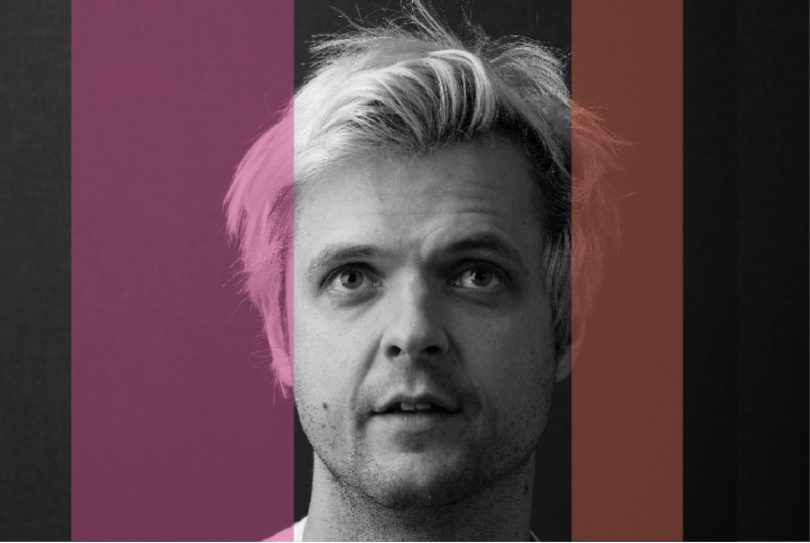 Local musician Chris Endrey released his self-titled sophomore album, Endrey, on vinyl. It is a 14-track collection that is a reflective self-portrait of an artist obsessed with the potential for a richer world of closer communities, better intimate relationships, and compassion for people who are different from us.

“When it [the album] was initially written three years ago in Hungary, it was written to be two sides as a continuous work to listen to – an A-side and a B-side,” says Chris.

“Because I enjoy that long-form listening experience myself I wanted to provide that opportunity for others. I’ve had really great feedback from those who listened to the vinyl record, saying they felt a lot more connected to the music.”

Are vinyl enthusiasts backward-looking in resisting contemporary technology? Not necessarily.

“I think there’s an added layer of intimacy in anything you’re physically engaging with,” he says.

“There’s a level of care and intention that is sometimes missing with digital streaming. There are so many small decisions that an artist puts into these processes into making an album and a lot of those get disintegrated by streaming services.

“So vinyl really is a way to connect with music in ways that feel intentional and true to the artist’s desire.” 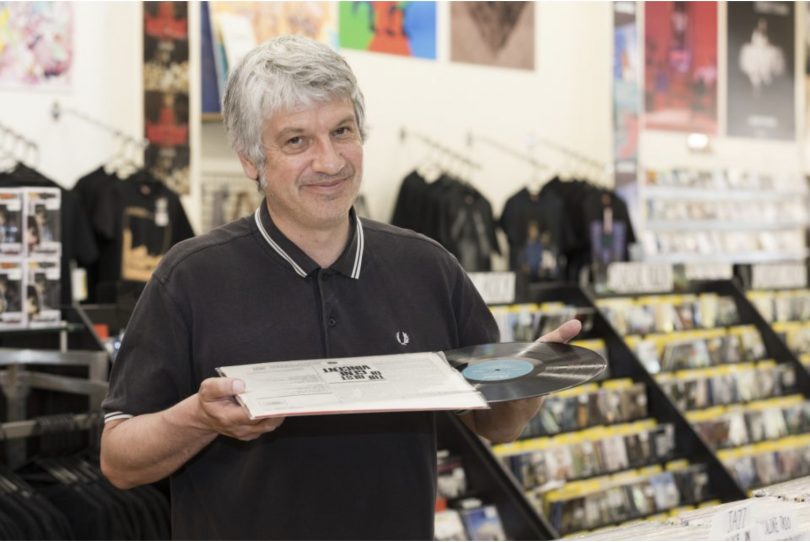 Landspeed Records co-owner Byron Budak with one of the many vinyl records in his Garema Place store. Photo: Michelle Kroll.

If you are a musician who is thinking of branching out into vinyl records, Chris has some sage advice.

“If you’re producing a full body of work that you want people to listen to and appreciate in that way, then absolutely go for vinyl,” he says.

“But there’s no right or wrong way to make music. There’s just different opportunities – you lose things by doing it and you lose things by not doing it. So really it’s just about figuring out if the vinyl format is important to your release.”

For musicians seeking to dabble in vinyl offerings for future releases, there are a variety of online services to explore, such as Small Run, Impress Vinyl, Zenith Records, Implant Media and Replicat.

The big advantage is the album art on a 12″ disc – if the record company can be bothered.

“Vinyl preserves the narrative structure of albums and can offer a completely different listening experience by providing warmer, richer and deeper sounds due to the analog nature of the technology”. Fake news at it’s best. Nostalgia should not be used to mislead people.

Pay all of that money for an inferior sound, because of nostalgia? I don't think so.

“Vinyl preserves the narrative structure of albums and can offer a completely different listening experience by providing warmer, richer and deeper sounds due to the analog nature of the technology.”

Richer and deeper sounds is a lie. Many of the high end is changed with filters to enable the signal to but cut to a physical record. If it wasn’t fixed and filtered it the needle wouldn’t be able to read the record or would bounce around and distort.
Given its 2022, its fairly easy to apply the same transformations to a digital music file. Digital music files are far superior to vinyl records. However seems common for everyone to peddle the different sound quality when its a different audio sample being played in the first place.

Saying that some types of music can’t naturally go to vinyl as the filters would just kill the audio completely. Could it be that vinyal is coming back as much of the rock music is going out?

Yeah, anyone who understands audio engineering knows vinyl is worse than digital.