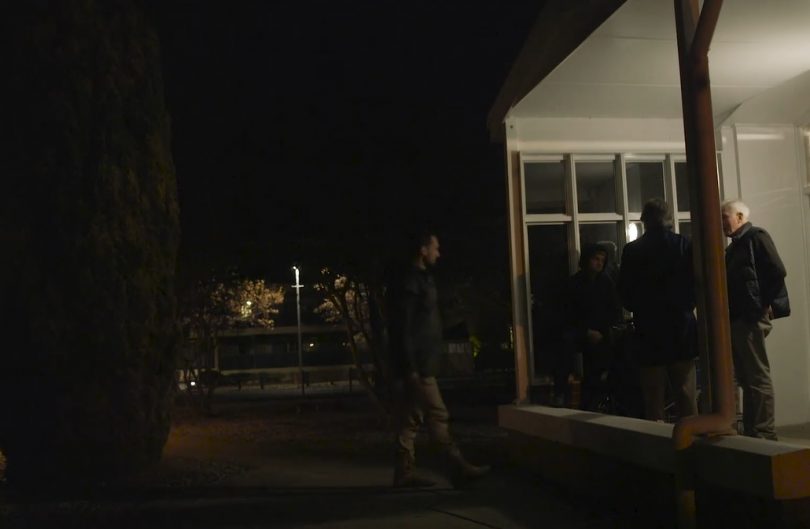 Safe Shelter – which operated in winter from 2013 to 2019 – will no longer be running thanks to the ACT Government filling the service gap. Photo: Region Media.

One homelessness service said the news that it won’t be needing to operate for the foreseeable future is “very welcome”.

That’s because Safe Shelter – which formerly operated out of church halls and used them as temporary shelters for homeless men – has long been lobbying the government to provide “immediate, alternative, emergency” shelter to those who are sleeping rough.

A recent commitment from the ACT Government to establish two larger and safer shelters – Ainslie Lodge (formerly the Winter Lodge), for men and MacKillop House, for women – was described as a major factor in this decision, Safe Shelter coordinator Richard Griffiths said.

Safe Shelter operated in the colder months between 2013 and 2019. During that time, Mr Griffiths said hundreds of volunteers had spent their nights sleeping on the hall floors alongside up to nine male guests who would otherwise be sleeping rough of an evening.

Those same guests will now be able to spend the night in other shelters, thanks to the ACT Government stepping up to fill the gap left by Safe Shelter ceasing its operations.

COVID-19-related concerns put an end to Safe Shelter’s operations out of three inner-city churches in 2020. In 2021, uncertainty around vaccination rates forced it to remain closed.

This year, it was a lack of conclusive rapid antigen tests, concerns around the time it could take to rebuild Safe Shelter’s cohort of volunteers and the ACT Government stepping up to fill the gap left by its departure, which led the Safe Shelter management team to decide to end the service for the foreseeable future.

Since 2020, when the ongoing COVID-19 situation made it impossible for Safe Shelter to operate, Mr Griffiths has been advocating for the government to expand Ainslie Lodge’s services from winter to year-round.

It will now be able to make this transition, thanks to a recent $90,000 funding injection from the ACT Government.

The service, which is operated by Argyle Housing, provides short-term accommodation to men sleeping rough and assists many to transition to long-term housing within Ainslie Village or the private rental market.

Its support team has provided a roof over the heads of 380 men and helped around 100 find a more permanent home since it launched in winter 2020.

Any organisations such as community medical services that are still displaying Safe Shelter posters are asked to take them down, Mr Grifiths said.

The remaining balance of the public’s financial donations to Safe Shelter, currently held in the Rotary Club of Canberra’s J C Olsson Relief Trust, will be provided to the Early Morning Centre to support its activities in benefit of the homeless and those at risk of homelessness.

Mr Griffiths thanked the support of the hundreds of volunteers who staffed the shelters and all the public donors to Safe Shelter.

“Your efforts have helped Safe Shelter to demonstrate the importance of getting the ACT’s homeless off the streets tonight,” he said.

Minister for Homelessness and Housing Services Rebecca Vassarotti said at the announcement of the additional funding the government was acutely aware of the difficulties facing the sector and had been working closely with it, particularly throughout the pandemic.

“We are really looking at how we support people with chronic homelessness and who are rough sleeping,” she said. “We have been working really closely with our community partners and learning lessons from them.”

Great news, but what took the government so criminally long?