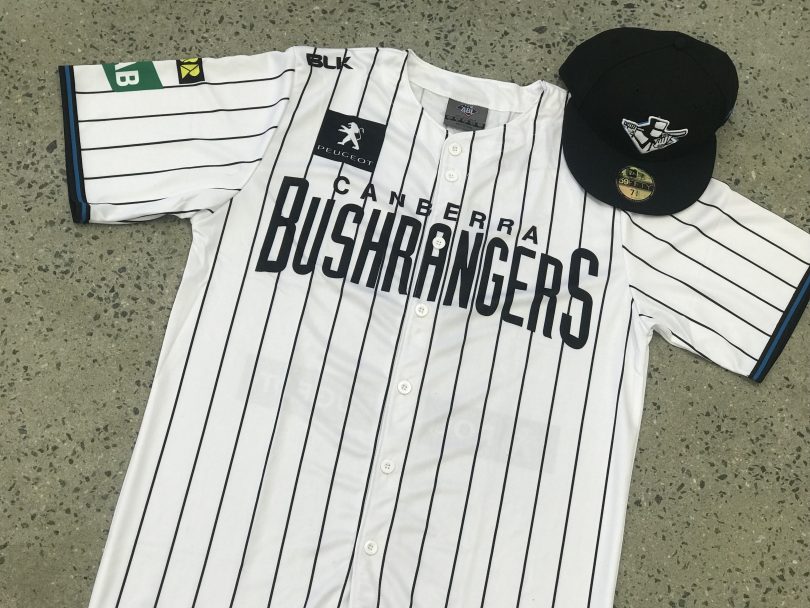 Want to win a Bushrangers jersey and cap and two tickets to the baseball next Thursday? Photo: Daniella Jukic.

Did you know Canberra had a baseball team 25 years ago?

Known as the Bushrangers, the team was first set up in Melbourne in 1991 to replace the Melbourne Monarchs, who were expelled from the Australian Baseball League. In 1993, the Bushrangers were relocated to the nation’s capital where they played at GIO Stadium.

Only two seasons after relocating, the club folded due to heavy financial losses and while their reign was short-lived, the Bushrangers left a lasting legacy in Canberra, giving many Canberrans their first glimpse of baseball.

Five lucky baseball fans will be able to see the Cavalry in action in the must-win clash, dressed in the iconic white and teal pinstripes. To win one of the five available prize packs, answer the following question:

How many games did the Canberra Bushrangers win during their first season in the competition (1993-94 ABL season)?

Comment your answer below where all the correct answers will be put into a hat and pulled out on Wednesday 4pm (16 January) and five lucky Cavs fan will be contacted and will receive the special prize packs.

17. I got into baseball because of the bushrangers!! My favourite player was Lou Hill, a demon in CF. Was even luck enough to bat boy some of the games as a 8yo great memories!!

A: 17. I certainly remember going to the Bushranger games

Hi, the Bushrangers won 17 games! Got my fingers crossed – go the Cavs!