Win for cancer payments with scrapping of chemo co-payment 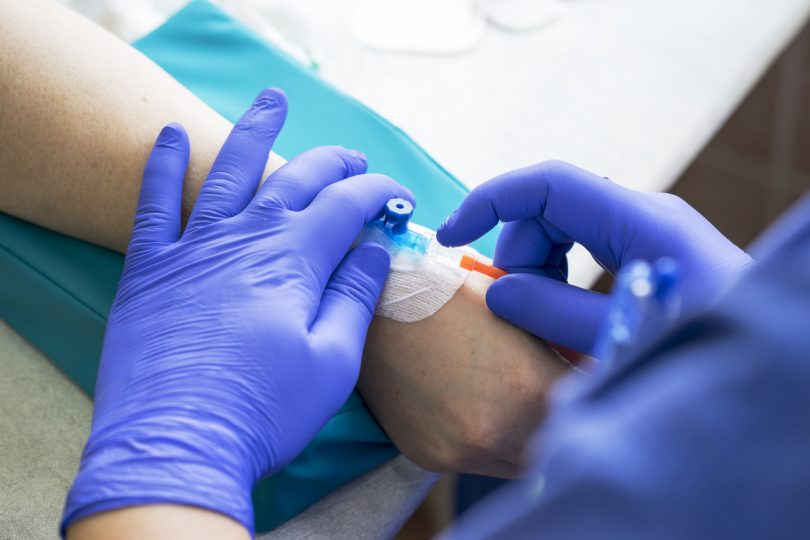 The ACT Government says it has listened to families struggling with the financial burden of cancer treatment.

Financial relief is on the way for cancer patients in the ACT with the Government announcing that it will scrap the chemotherapy co-payment by the end of the month, at a cost of $1 million a year.

A Government spokesperson said Minister for Health and Wellbeing Meegan Fitzharris had been talking to patients and their families about the financial hardship associated with cancer treatment.

“What we have heard is that at a time when ACT patients should be focused on their treatment, these costs can add an extra layer of burden on them and their families,” the spokesperson said.

Work was under way to have the new arrangements in place by the end of July 2018, when patients would no longer be charged directly.

The spokesperson said the Government acknowledged the advocacy of families who had campaigned for this change on behalf of other cancer patients in the ACT while going through their own personal journeys.

The ACT Government would continue to work with the Commonwealth Government to seek ways to support the affordable provision of chemotherapy drugs to people with cancer in the ACT.

Across the border, the NSW Government has been paying co-payments for Section 100 (s100) injectable and infusible chemotherapy medicines for NSW residents who are patients of NSW public hospitals since 1 October 2015.

Robert Azzopardi - 1 hour ago
Being on the EC side of things I congratulate the owners of IQ for allowing this project to proceed. I’m hopeful that other... View
Simon Azzopardi - 2 hours ago
Well done guy. EV is the way! Elon Musk would be proud!! View
Food & Wine 27

Philip Selmes - 16 hours ago
Andy Anderson you've got no idea about traffic engineering, have you Andy? And neither do any of the people who 'liked' your... View
show more show less
*Results are based on activity within last 7 days

There is a well known saying among economists that recessions create opportunities for innovative entrepreneurs. So it is hardly surprising...
News 1

Googong Dam will supply all water to residents of Canberra and Queanbeyan during November as one part of a strategy...

Household waste and recycling collections will be disrupted on Monday (2 November) due to industrial action by drivers employed by...
Property 53

A short menu that’s long on authentic flavours is a winner in any language. A handful of traditional dishes interspersed...
Food & Wine 27

Going fully vegetarian for a year is a risky move for any restaurant. But if the dishes being served at...
News 35

ACT Policing has a blunt warning for e-scooter users: be an idiot and you will face the consequences. With e-scooters...
Food & Wine 23

@The_RiotACT @The_RiotACT
After a long winter, open-air pools in the ACT open today, while planning is underway to celebrate Manuka Pool's 90th anniversary in January https://t.co/eNjxWR8jah (2 hours ago)

@The_RiotACT @The_RiotACT
In his boldest selection decision in his short tenure so far as Wallabies coach, Dave Rennie has elevated Brumbies fly-half Noah Lolesio to the starting lineup for tonight’s third Bledisloe Cup test at ANZ Stadium in Sydney https://t.co/CzW9RXdAqV (3 hours ago)