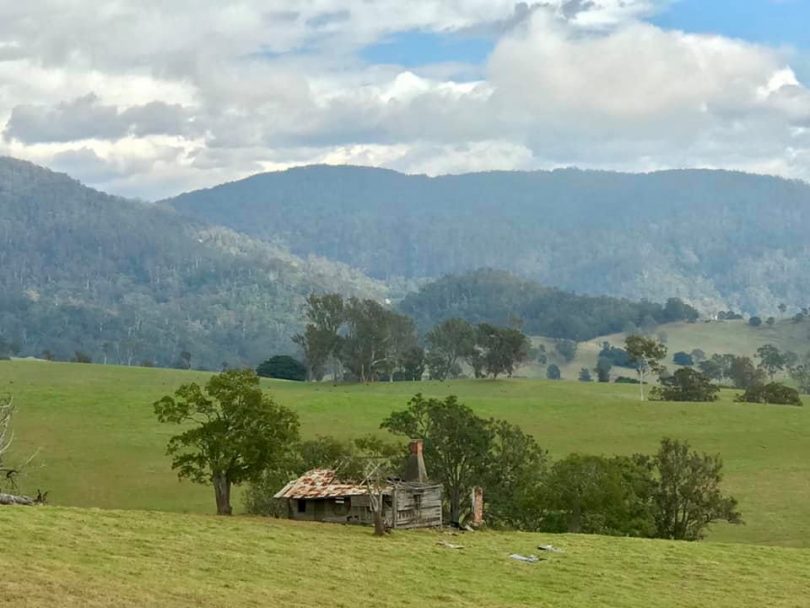 Recent winds that howled through the Bega Valley have taken their toll on one of the district’s most familiar sights and one of the region’s original settler homes.

Harsh winter winds have been battering the Allendale homestead just off the Princes Highway at Quaama, between Bega and Cobargo, for at least 140 years – maybe longer, people’s memories are fading.

Passers-by have been watching the timber and brick chimney cottage crumble for decades, but especially so in 2019. Three-quarters of the home now looks more like a bonfire after the roof fell in, pushed by last week’s dry icy blast. 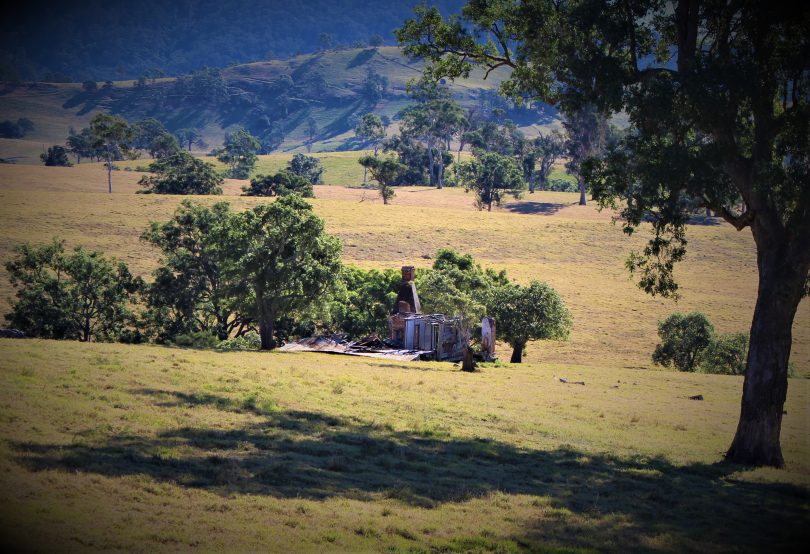 Allendale, after the winds of July 2019. Photo: Ian Campbell.

“I’ve been told it’s one of the oldest houses in the district,” says 83-year-old Darth Terlich.Darth and his wife Gwen have owned Allendale since 1974.

“We propped up the verandah but the back has been falling in ever since we bought it, might be time to give it a match,” he says with classic country practicality. 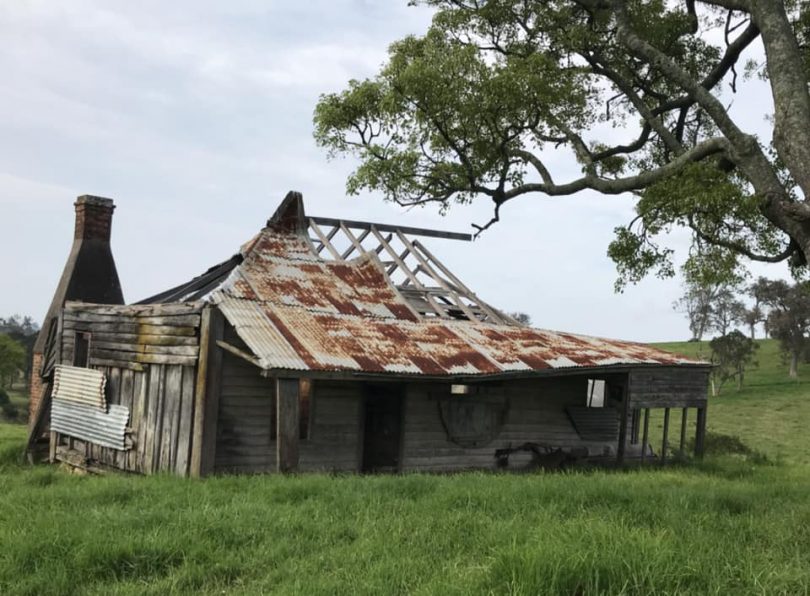 With memories of the district that date back to before World War 2, Darth is dropping names like a teacher at roll call, memories that reinforce the contribution of the founding settler families of the district – Wilson, Tarlinton, Salway, Watson, Allen.

“They tell me they used to make cheese here [Allendale] and I think the bricks in the chimneys are local, there used to be a kiln over where the pub is,” he says.

The property takes its name from the Allen family, pioneers in the paddocks that surround Cobargo. 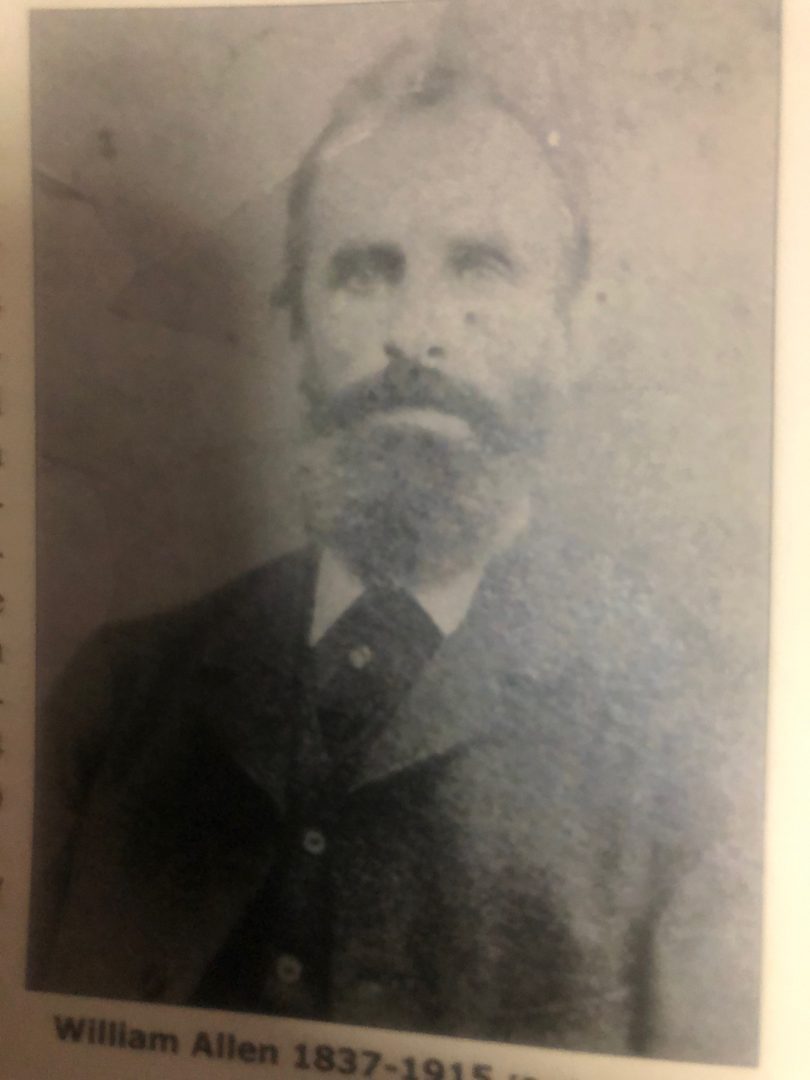 Given the time that has passed, there are holes in the history of Allendale that I haven’t been able to fill. Any further investigation feels like going down a rabbit hole.

William Allen is credited with building Allendale, “he arrived on the ship from Ireland in the 1860s,” Gordon says. William is Gordon’s great grandfather’s brother.

“And my great great grandmother, Sydney Allen has the oldest legible headstone in Cobargo Cemetary – just there at the gate as you go in on the left.” 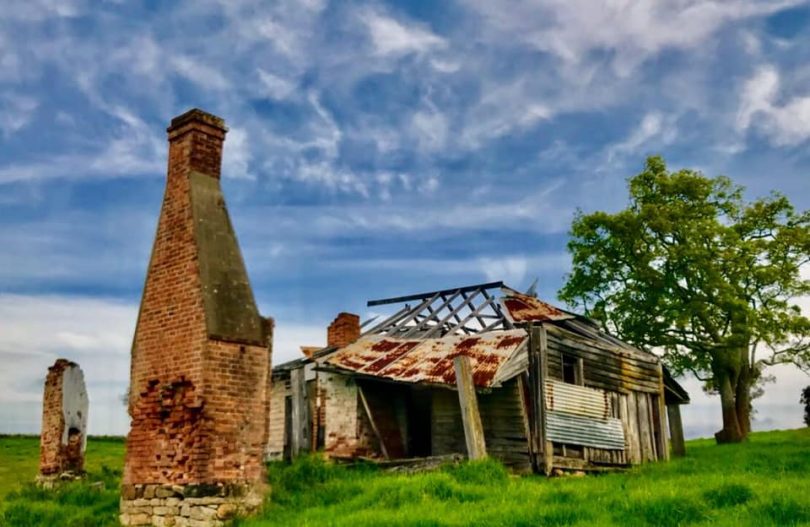 Gordon isn’t sure how long William lived at Allendale, “he ended up in Sydney living in Auburn, and is buried in Rookwood.”

William was married three times. His first wife Eliza Gowing died in childbirth and is buried in Bega, his second wife Sarah Smith is buried in Cobargo. Most of the direct descendants of William and his wives seem to have headed to northern New South Wales and into Queensland over the years. Perhaps the reason local living memories have faded.

Farran Terlich has a more modern link to Allendale. Farran is Darth and Gwen’s son, “my memories are as a teenager, running through the old house and coming home from school in Sydney for the holidays and spraying weeds and tussocks.”

“And the place used to be teeming with rabbits, we ripped rabbit warrens of six months straight – selling the skins to skin traders.” 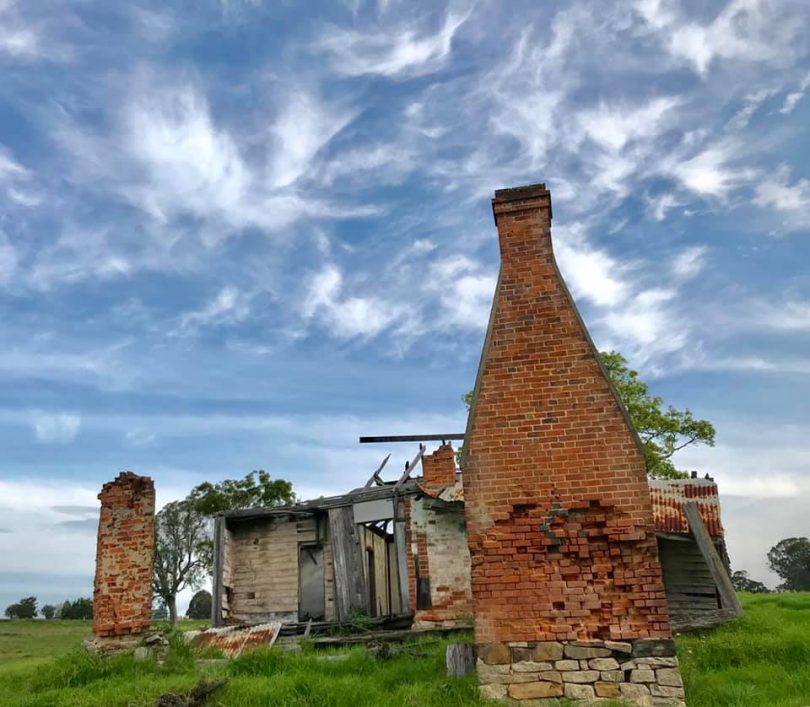 As far as the homestead goes, Farran says it was falling down when his family took over 45 years ago. “You couldn’t live in it, it was in disrepair when we bought it, there were white ants in the back of it.”

“We used to store hay in the front three or four rooms and fertiliser – 50 kg bags.

“It’s a pretty place, sitting on some of the exposed rocks, it’s quite a spectacular vista across the valley out towards Yowie and Wandella,” Farran says.

The 316-acre property has been used for beef and dairy cattle over the years. Part of farming operations run by the Allen, Wilson, Love and now Terlich families. 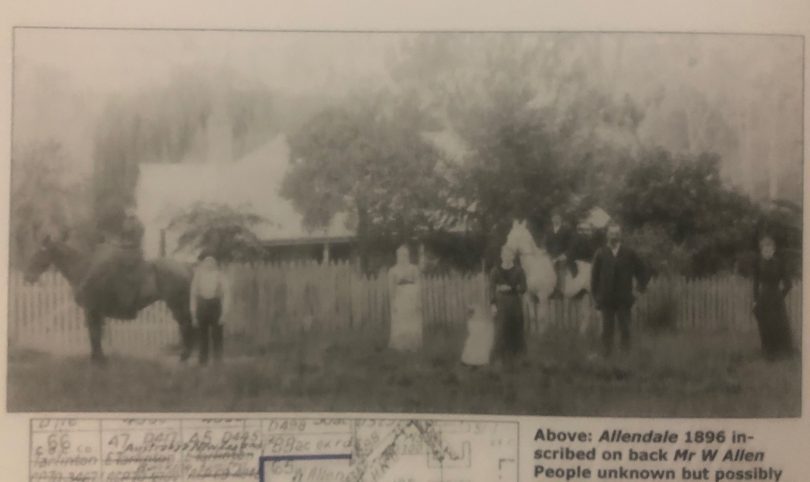 Its grassy gentle slopes still feed stock today, either beasts that belong to the Terlich family or those they lease the paddocks too.

Dry times and increasing cost pressures are playing their part in how the industry Allendale has been a part of for decades faces the future.

While Farran and his family are still farming, they are headed in a different direction at the moment – having closed their Verona dairy, just south of Allendale, three months ago.

“We are going into processing our own milk products and getting right away from supplying major processors – there is not enough money in it,” he says.

“The industry is collapsing and will collapse for another two or three years before there is a turnaround.”

Farran says the current weather cycle is the final straw for many dairy farmers who are already struggling to cover costs and make a dollar. 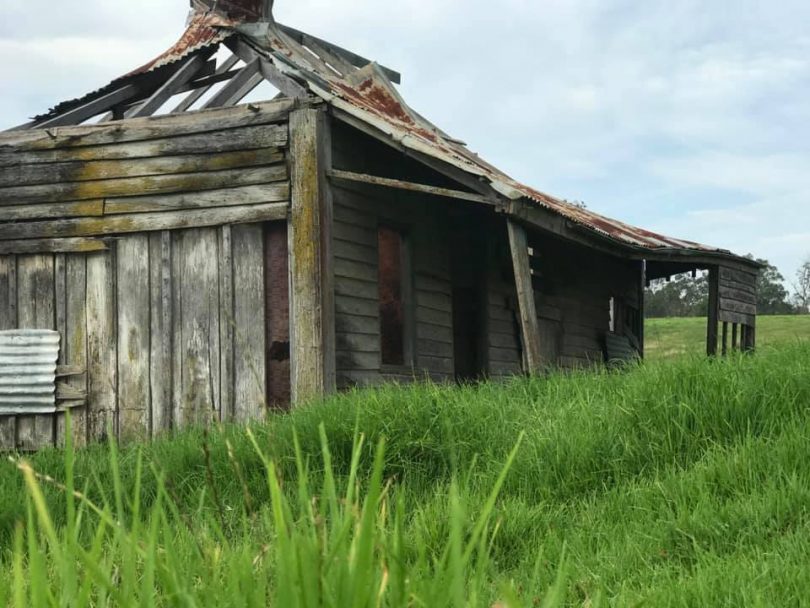 Today’s weather has also been the last blow for the Allendale homestead and its ability to survive and stay standing.

Thankfully those invested in the land and industry around it are looking to the future, keen to write a new chapter in the region’s agricultural history – one the old timber walls of Allendale that now lie in the paddock won’t see but have contributed to.

Do you know more about the history of Allendale? Are there other old farmhouses in southern New South Wales with a story to tell? Leave your thoughts below…

I’d like to say “what a shame” the roof has blown off. What I’m actually feeling is annoyed. I don’t blame the farmer on whose property this pioneer cottage stands, as it sounds as though they have done what they could with limited resources.

But I do blame the Bega community as a whole. If we have so little left of our pioneering days, and this was in better shape previously, why hasn’t anyone done something to fix it?

This is particularly the case when we all seem to be obsesses with housing, and with “character”. While shows like Restoration Australia (https://www.abc.net.au/tv/programs/restoration-australia/) may not be able to help, chances are they know people who could.

Has anyone tried to contact people with an interest in heritage Or does this property not count because it is rural? Or is fixing it just (in the great Australian tradition) “someone else’s problem”?