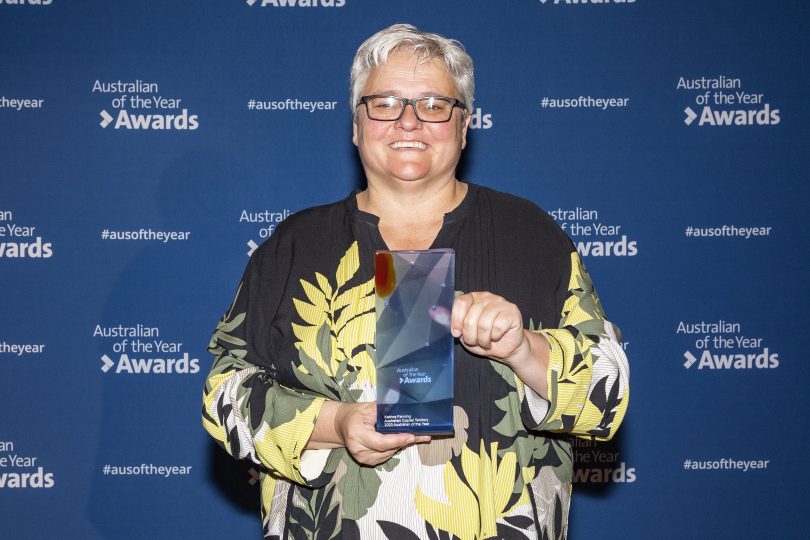 Katrina Fanning has been named the 2020 ACT Australian of the Year. Photos: Supplied.

Female rugby league pioneer and proud Wiradjuri woman Katrina Fanning has been named the 2020 ACT Australian of the Year at this evening’s ceremony at the National Gallery of Australia.

Following a successful career as a player, having been a member of the inaugural Jillaroos team in 1995, Fanning was appointed as manager of the Indigenous Women’s All-Stars team, chair of the Australian Rugby League Indigenous Council, and president of the Canberra and Australian Women’s Rugby League Associations.

Earlier this year, she also became the third woman to be appointed to the Canberra Raiders board, while taking up the position of director of Coolamon Advisors, an Indigenous majority-owned and managed consultancy. 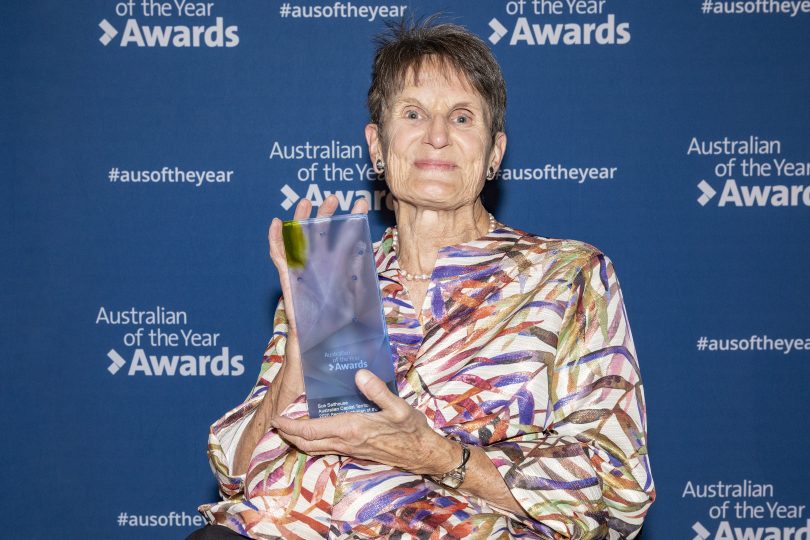 Disability advocate Sue Salthouse is the 2020 ACT Senior Australian of the Year.

Disability advocate Sue Salthouse was named the 2020 ACT Senior Australian of the Year for her tireless work fighting inequality. A horse-riding accident at age 45 led Salthouse into a new life in a wheelchair, where she experienced first-hand the systemic inequality facing people with disabilities.

First invited to work for Women with Disabilities Australia, she began advocating for the right of people with disabilities to accessible housing, economic security and the chance to contribute to society.

In 2015, she was named Canberra Citizen of the Year for her outstanding commitment and contribution as a disability advocate. Now aged 70, Sue runs a consultancy company specialising in disability rights advocacy and works in the disability sector. 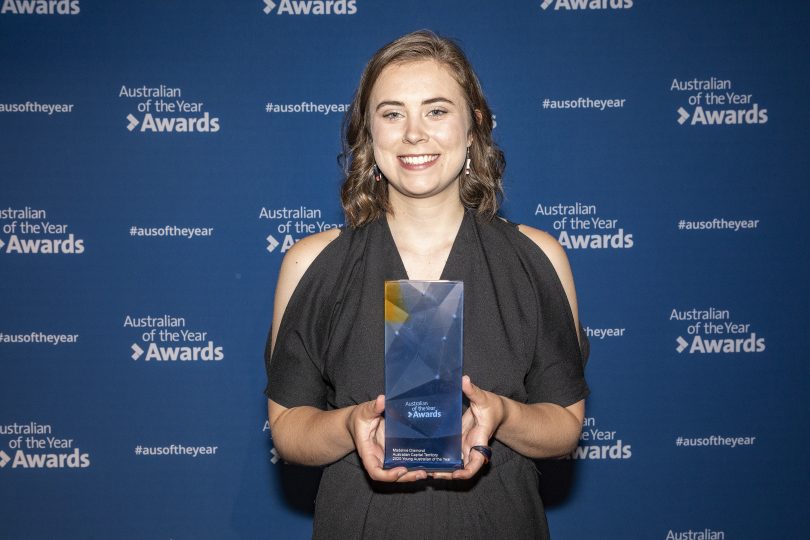 Madeline Diamond is the founder of Trash Mob, a youth-led community group that meets every month to pick up rubbish in public areas in Canberra.

The 2020 ACT Young Australian of the Year is 22-year-old sustainability advocate Madeline Diamond, the founder of a youth-led community group Trash Mob which meets every month to pick up rubbish in public areas.

One hundred per cent volunteer-powered organisation, Trash Mob has established a sister group in Yass and is working towards establishing groups in other towns and cities.

Madeline is also the executive officer of SEE-Change, a community organisation encouraging Canberrans to live more sustainably, and supporting grassroots environmental action around the ACT.

She also recently received an ACT Government Community Zero Emissions Grant to host a film festival and competition on the theme of sustainability. 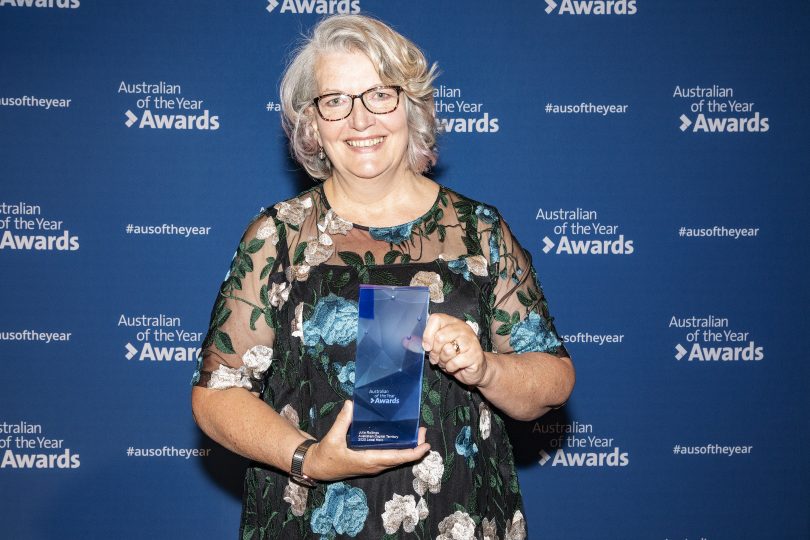 Julia Rollings has been a foster carer for over two decades – supporting 50 children.

Foster carer Julia Rollings was awarded the 2020 ACT Local Hero for her tireless foster care of 50 babies, children and young people for decades. As a volunteer crisis carer, she often looks after infants who are medically fragile, withdrawing from drugs or who have experienced significant trauma.

Her dedication and relentless passion for Canberra’s most vulnerable children has seen her spend months in hospital caring for babies who may transition home to their birth families or to long-term care.

Drawing on past experience in the out-of-home care sector, Ms Rollings supports other carers through her role on the Carer Wellbeing Sub-Committee. She has also held various volunteer positions within adoption support groups, including president of the Adoptive Families Association (ACT).

An adoptive mother to seven children, she recorded her story in her book Love Our Way.

The four ACT recipients will now join winners from the other states and territories for the national awards ceremony at the National Arboretum on 25 January 2020 – the 60th anniversary of the awards.

Congratulations Katrina from Patsy and Reg from Junee.

This is fabulous recognition of your great work Katrina

So proud of you cuz

Well done to all these absolutely amazing Canberrans on their nomination, especially Katrina Fanning. It’s fantastic when people – especially women – are nominated in recognition of the great work that they do.

Congrats Maddie Diamond. Ex Gungahlin College student. So was one of the other nominees 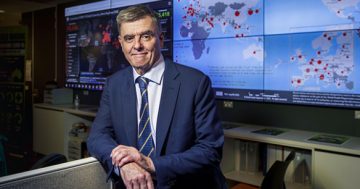