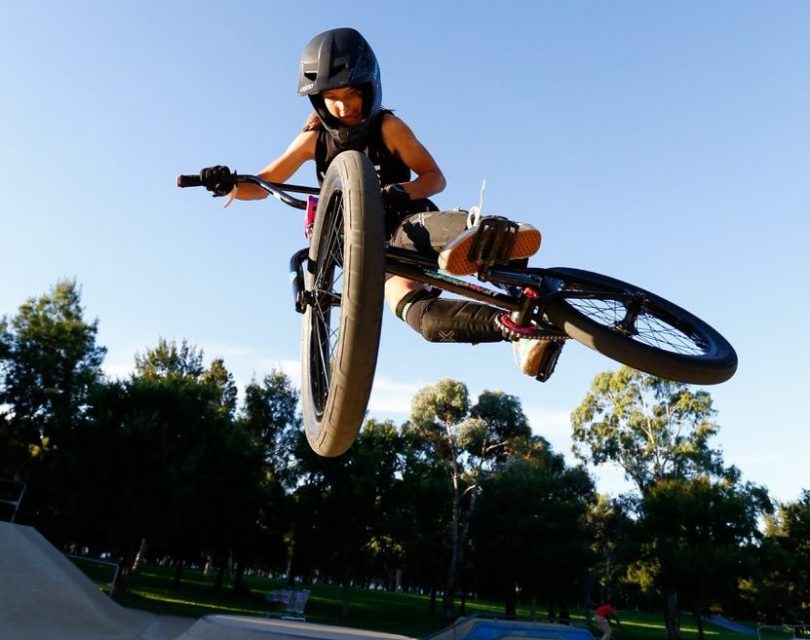 BMX Freestyle rider Sarah Nicki is honing her skills and hopes to represent Australia in the sport which debuted at the 2021 Olympic Games in Tokyo. Photo: Rob Nicki.

Up-and-coming Freestyle BMX rider Sarah Nicki has her sights firmly locked on Olympic gold, and she’s found the perfect mentor to help get her there.

The 14-year-old Canberra athlete is reaching new heights after winning a $5000 Rubik3 Ignite scholarship from Caroline Buchanan, one of Australia’s most popular female action sports athletes.

A three-time BMX World Champion, five-time Mountain Bike World Champion and Dual Olympian, Caroline says Sarah is one to watch ahead of the 2024 Paris Olympic Games.

“Sarah’s at the forefront of the sport, and I’m so excited to see her blossom in freestyle BMX,” she said.

“We’re less than three years away from the next Olympics now, and Sarah is the next girl coming through.

“She’s putting in the hard work, which is important, and I think she’s starting to realise how quickly her life can change and she can be an Olympian.

“She has huge potential to be able to represent Australia in Freestyle BMX at the Olympics – if not in 2024, then in 2028.”

READ ALSO Ash Barty and the Women’s Ashes at Manuka: women’s sport, bring it on!

Sarah is one of 16 young female BMX, mountain bike and motocross riders that have been supported by Caroline’s scholarships, totalling $100,000 since 2014.

The year 10 Canberra High student says the Ignite scholarship, coupled with Caroline’s ongoing support, is helping her work towards her dream.

“I’ve been able to buy an airbag so that I can train harder and be more confident to try new tricks. I’m taking my BMX to the next level,” Sarah said.

“The airbag has allowed me to make my skills cleaner and more technical, and I’m working on tail whips, backflips and some of the harder tricks.”

Since the age of seven, Sarah has looked up to Caroline as a role model in the sport after meeting her at the Canberra BMX track.

“I’ve always been inspired by how motivated she is and how she has trained hard and recovered from injury, yet is still competing at such a high level,” she said. 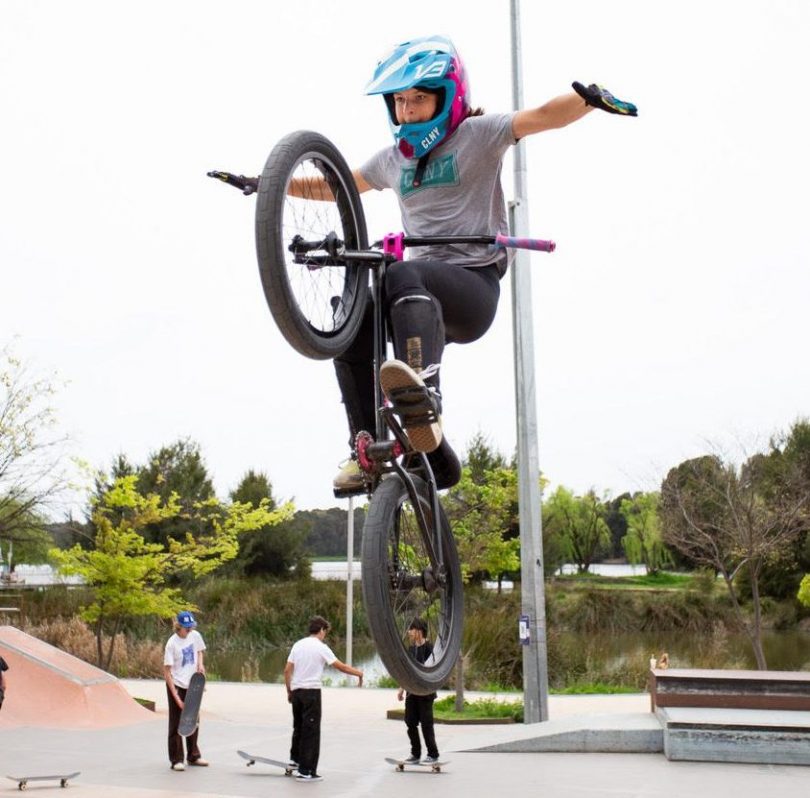 The daughter of Robert and Tash Nicki, Sarah has been riding BMX since she was six and trains as often as she can at the Belconnen and Gungahlin skateparks, and in her grandparents’ backyard with the new airbag.

She competed at the Vans’ BMX Pro Cup in Sydney in 2019 and the same year took out the Junior Girl title at the Oceania BMX Freestyle Championships in Melbourne, which was when she decided it was time to reach for the stars.

This year her calendar includes events throughout NSW and the Oceania Championships in Queensland where she plans on entering the Pro division for the first time, as well as the National Championships at the end of the year.

“I want to enter as many comps as possible and be recognised as basically the best in the country and to prove that I’m ready to represent Australia,” Sarah said.

Caroline says the door is open for Sarah, but the sport can be harsh.

“I’ve seen her grow up and mature so much, and I’m going to keep mentoring her so she doesn’t burn out,” she said. 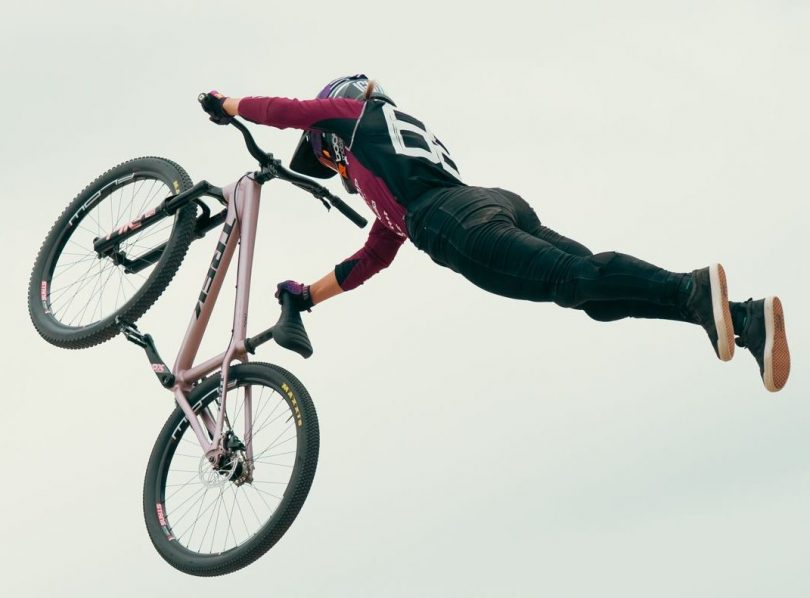 At 31, Caroline recently returned to Canberra after living in the United States, and she’ll soon be heading off for a big year of international freestyle mountain bike competition.

She has been riding bikes for more than 20 years and rules the BMX racecourse, excels in Downhill Mountain Biking, dominates the Dual Slalom and loves the Pump Track.

She was the first woman to do a front flip on a mountain bike at the Audi Nines MTB in 2021.

But Caroline is more than just a cyclist, she’s a professional athlete, a businesswoman, social media talent, a mentor and a proud advocate for women in sport.

She’s again offering Ignite Scholarships, powered by Canberra company Rubik3, to young women aged from 13 to 19 years who have a passion for BMX, mountain bike or motocross.

To apply, girls need to submit a video of themselves in action on two wheels and outline how the funds will help them achieve their dreams via Caroline’s website.