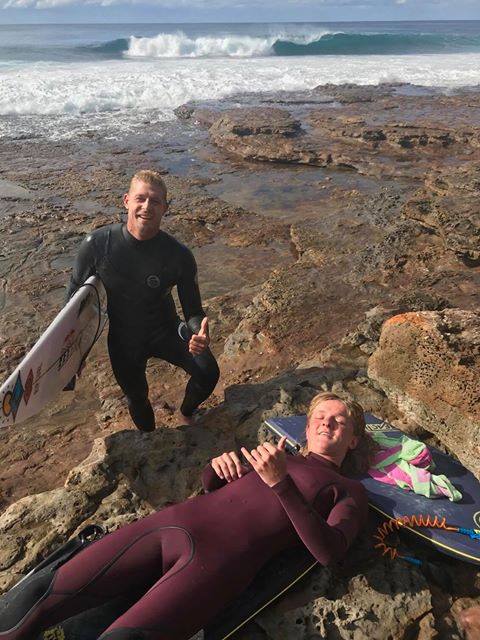 A global surfing icon has put a smile on a teenage grommet’s face during a surf rescue at Bawley Point, north of Batemans Bay, on the New South Wales South Coast.

Three-time world surfing champion Mick Fanning was sharing the break off Meroo Head with 15-year-old bodyboarder Declan Lewis when trouble came at around 10 am on 4 August.

NSW Ambulance responded with two road crews and the Toll Air Ambulance following reports the youngster had injured himself in a surfing accident on the rocky coastline.

Declan was winched into the chopper and taken to Canberra Hospital in a stable condition, later reporting on social media, “I have a fractured pelvis, nothing too serious luckily!”

At this point in time, Region Media has been unable to establish what Mick Fanning’s role on the day was, other than he was there and offered comfort and support to his young comrade.

A spokesperson for Toll Air Ambulance says, “Declan was in good spirits, thanks to a few friendly faces.”

Region Media was hoping to speak to the surfing champion about his time on the South Coast and the part he played in Declan’s rescue, but understands that he has recently injured himself while on a surfing trip in South Africa.

Fanning took to Instagram yesterday (13 August) to say that a bad turn on a wave has left him with a torn ACL, requiring surgery and 6-12 months of rehabilitation.

Never one to let such incidents dampen his spirit, Fanning went on to say: ” If you need me I’ll be in the gym so I can get back into the water ASAP! All positive here as it gives me a chance to really work on my bikini body for summer”… 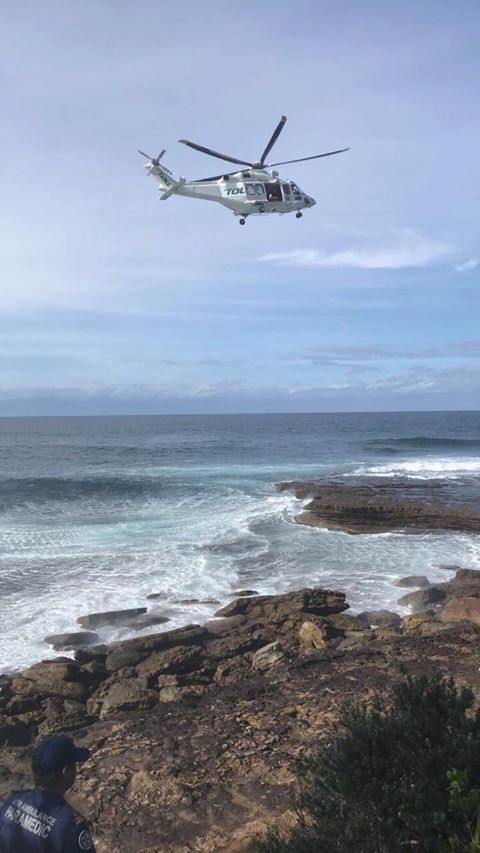 Mick Fanning retired from the world pro surfing tour early last year. The Rip Curl Pro at Bells Beach was his final event as a full-time campaigner on the Championship Tour.

“For over 20 years my schedule has been dictated by event dates and locations. Now I could go wherever I wanted, explore new places and experience new things,” Mick says on his website.

Perhaps it’s that search for new places that brought him to the stunning Shoalhaven – Eurobodalla coastline.

Declan’s mum Fiona says, “Having surfing legend Mick Fanning by his side put a huge smile on Declan’s face and a helicopter ride made for an eventful day!”

“Declan remembers the event and how Dr Helen supported him and talked him through the entire process. We truly can’t thank you enough.”