'Written off': Brumbies to show they are Super W contenders, not pretenders 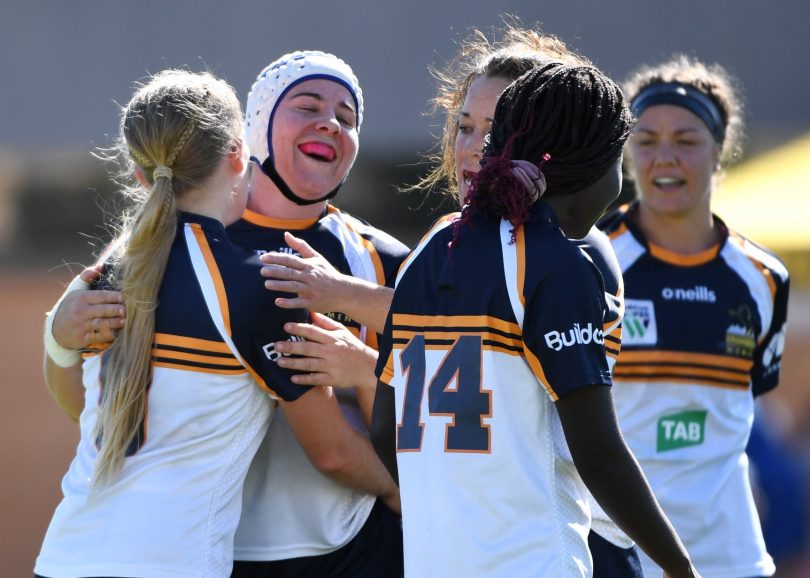 The Brumbies Super W side is slipping under the radar. Photos: Supplied by Brumbies Rugby.

The Brumbies Super W team may have been written off preseason, but coach Adam Butt has galvanised his charges to show the competition they are here to contend, not just make up the numbers.

NSW Waratahs and Queensland Reds are the talk of the Super W after a strong start to their respective campaigns and a thrilling clash between the sides last week which saw the Tahs beat the Reds 15-12.

The two sides are seen by most as the teams who have a genuine chance of winning the Super W, but coach Butt believes by the end of this round the competition will have changed their mind.

“Everyone has written us off but we are happy with that,” Butt said. “I guess this week we show whether we are pretenders or contenders and that is up to us to show if we are up to it, and I think we are.

“Queensland has been dominant so far and they were unlucky last week so I’m sure they are out to prove that they are the top dog. They will come out hard and it is up to us to halt their momentum.”

Coming off the bye last weekend, the Brumbies are faced with a couple of crucial games to end the season, battling the top of the table Queensland before heading off to Perth to face RugbyWA in a clash that could define their finals aspirations. 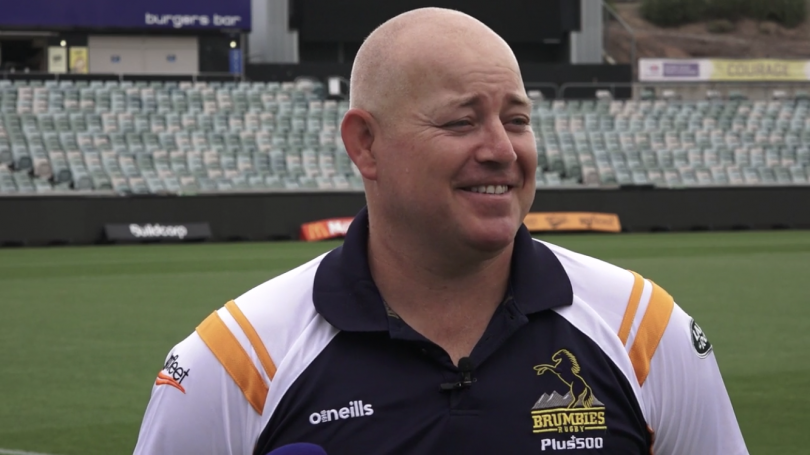 Coach Adam Butt said the side is ready to prove they are contenders.

The top three sides will head to the finals, with WA and Brumbies currently tied for the third spot with five points. The home side is heavy favourites to beat the Brumbies but skipper Shellie Millward said they aren’t fazed heading into enemy territory.

She said a motivating speech from veteran Louise “Cookie” Burrows, stressing to her young teammates that beating Queensland is not only possible but was done for three straight years in 2017, has instilled the side with belief.

“Cookie [Louise Burrows] had a chat to the girls last night reminding them we have beaten them three years in a row,” Millward shared. “Queensland carry a stigma with them, along with NSW, but you just have to break that.

“Queensland has set the benchmark, along with NSW, in this competition but in saying that we have beaten them in the past.

“They are only human and if we pressure them just like anyone else, they will break.”

The match with Queensland kicks off at 6 pm AEDT (5 pm local time) with the action being broadcast live on Kayo Sports and Rugby.com with a delayed broadcast on Fox Sports 503 later that night.