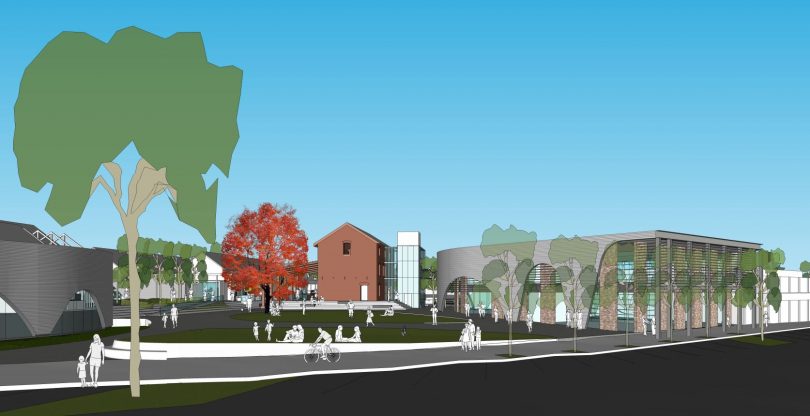 An artist’s impression of the proposed Crago Mill Precinct in the centre of Yass. Photo: Brewster Hjorth Architects.

Plans are moving ahead to convert the former Crago Flour Mill in the centre of Yass to a multi-use community precinct.

Yass Valley Council will lodge a development application for the Crago Mill Precinct later this month after councillors approved the concept design and masterplan at a meeting on 28 July, 2021.

The precinct will include a world-class library, cafe and space for long-term government tenants and community groups, along with a new council administration building, chamber and onsite car park.

“The Crago Mill Precinct will be a fantastic community asset,” said Yass Valley Council general manager Chris Berry. “Currently, existing facilities, such as the library and cafes, are spread across the town. Here, residents will be able to meet, eat, play, study, relax and gain access to important resources.

“This is also really good news for council staff after the existing library and administration building were deemed not fit for purpose.” 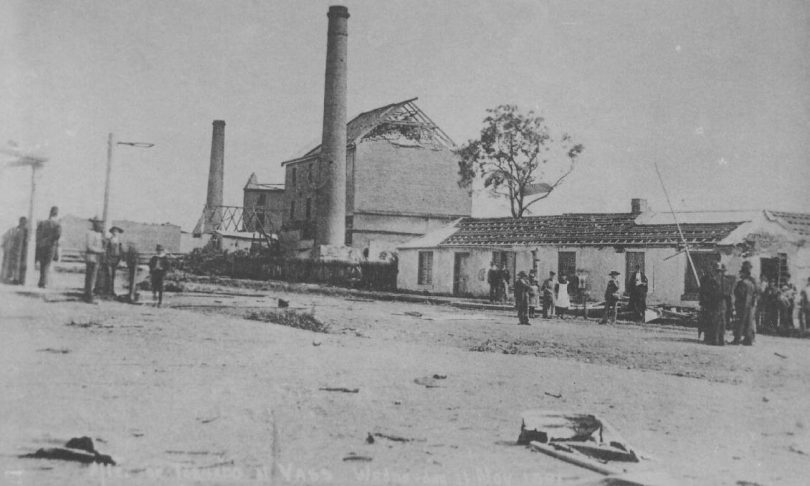 Council is on track to submit a development application by August 2021. The application will be independently assessed by the Joint Regional Planning Panel.

“The important thing to note about this project is that funding will not affect other council projects, such as the Yass Water Treatment Plant upgrade or roads,” said Mr Berry.

“Funding will be sought through a combination of loans and grants, which will be approved by the newly elected councillors.

“This is all about being on the front foot so we have the plans ready to go when funding is available.”

The project involves the enhancement and conversion of the former Crago Flour Mill, in the centre of Yass, which was a major producer of bran, flour and breakfast cereals in the late 1800s and early 1900s.

The remains of Crago Flour Mill in Yass, as it looks today. Photo: Yass Valley Council.

It was first known as Barber’s Mill, after T Barber who built the mill in 1870.

AB Triggs then purchased and refurbished the mill in 1898, which included extending the railway line to service the mill. It was sold to PT Crago a year later, who used the mill to produce bran, flour and breakfast cereals.

Demand on the mill reduced in the 1920s and 1930s as the local agricultural industry shifted from wheat to sheep production.

During the Great Depression, the mill was converted into a rabbit processing and freezing works. Eventually, the mill was sold to Winchcombe Carson as a produce store, and the surrounding buildings were sold to council.

In many ways, the mill still stands as it once did, however the building was reinforced when the Aldi supermarket car park was built next door.