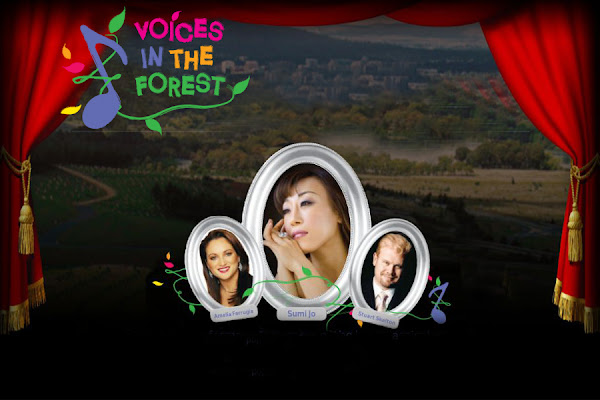 Voices in the Forest have launched a competition to uncover Canberra’s favourite aria.

If you like free stuff, then this competition is for you. Two fortnightly draws of two tickets and a picnic hamper are up for grabs as well as a grand prize of two tickets and dinner for two at the post-concert VIP dinner, where you could swap stories with some of the best classical voices in the world, including headlining artist and internationally acclaimed South Korean soprano Sumi Jo.

To win, all you have to do is enter the ‘Canberra’s Favourite ‘Voices’ Aria’ competition on the Voices in the Forest Facebook page and tell us in 25 words or less why the opera you’ve chosen is your favourite. If your favourite opera is not listed, we’ll even let you nominate one of your own.

The winners will be the envy of all their friends as they enjoy an enthralling late afternoon’s entertainment at the National Arboretum on Saturday 24 November, for FREE!

By voting in the ‘Canberra’s Favourite ‘Voices’ Aria’ competition you also take control of your own destiny by giving yourself the best chance of hearing your favourite opera performed live on the day.

The ‘Canberra’s Favourite ‘Voices’ Aria’ competition will put five of the best known and most loved arias head-to-head with the winning aria announced and performed at this year’s Voices in the Forest.

Event Organiser, Damiana Vigone, says the competition gives lovers of opera in Canberra the chance to hear their favourite aria live and performed by some of the best classical voices in the world.

“This could be a once in a lifetime opportunity for people who love and are enthusiastic about classical music in Canberra,” Ms Vigone said.

“It’s not every day artists of this calibre spend an afternoon in Canberra and perform a selection of Broadway and opera classics so don’t miss out on your chance to be there and to hear your favourite aria performed live.”

Local talent will also be on display with performances from the Royal Military College Band as well as local choir Oriana Chorale, conducted by Roland Peelman.

Tickets to Voices in the Forest are on sale and can be purchased from Canberra Ticketing (www.canberraticketing.com.au). 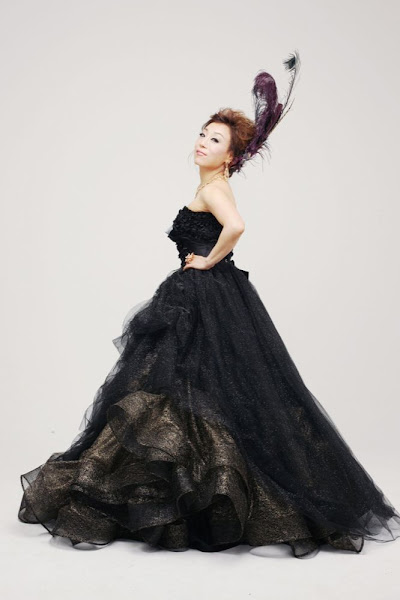 Tags voices in the forest

I’d like to vote for ‘Centre of the Universe’, Nigel McRae

Julie Macklin - 7 hours ago
Tim McMahon Road worthy checks! When was the last time your car had a road worthy check? It's been years since any car of min... View
Tim McMahon - 10 hours ago
let’s put rego and insurance on these bikes as well as road worthy checks every year just like cars trucks and everything e... View
Colette Robinson - 14 hours ago
Adrian Fui Fui Moy but the path *is* being used for racing. Pedestrians and slower cyclists in either direction are merely ob... View
Opinion 170

Phil Cowan - 9 hours ago
The 26th Jan is a Public Holiday because on the 26 Jan 1949 because we ceased being British subjects and became Australian ci... View
ghutch - 19 hours ago
A lot of good comments. Why don't we celebrate Oz Day on 1 Jan. Yeah I know you all still asleep from new year eve. But is th... View
Jenny McInnes - 20 hours ago
David Johnson it most likely was a public holiday there then View
Property 10

Peter Curtis - 17 hours ago
Not to sure what a "Canberra mentality" would be but as long as we surrender the principle of solidarity for the belief that... View
Food & Wine 1

Jackie White - 21 hours ago
Thank you. I never walk around the lake with headphones precisely because of the risk of collision with a cyclist View
James Messervy - 21 hours ago
Jackie White no, I always ring my bell or call out.... View
Community 7

Susanne Jennings - 21 hours ago
Great to see it so successful- well done! View
show more show less
*Results are based on activity within last 7 days

A night at the opera, basking in candlelight

@The_RiotACT @The_RiotACT
Have the voices of post-Vietnam veterans been missed in the fight over the War Memorial expansion? Some veteran organisations say yes https://t.co/UC34DwlGFC (13 hours ago)