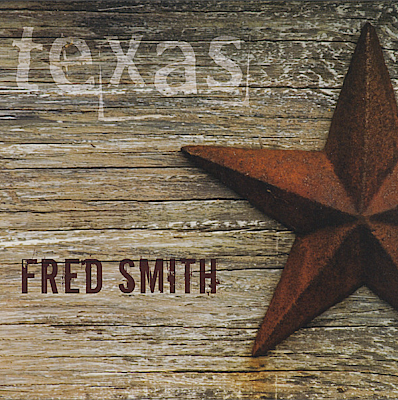 Canberra’s Fred Smith is one of Australia’s most prolific and insightful singer songwriters of his generation. He has made several successful albums and was involved with the peace monitoring operations in Bougainville where he collaborated with local musicians and the Australian Army to record peace songs. He has also been the subject of radio national’s “The Planet” which offers its viewers an international perspective on the arts, politics, science and diverse and traditional music.

His latest album “Texas” was inspired by his travels through America. Each song is thought provoking, such as when he describes the US Civil War in “Don’t Dig My Grave Too Deep”. Whereas “God Bless America” is a funny yet disturbing insight to modern day America “detox boys watch botox girls.”

Smith travels through blues, country and folk to create a wry and observational look at the most powerful country in the world. We are instantly transported into the open plains of rural America, where dusty gas stations and suspicious locals chew tobacco and talk about the small happenings.

The album channels the likes of american folk hero Pete Seeger and the prolific Woody Guthrie.

Four and a half Lone Stars.

[If you’re an artist hoping to get your CD reviewed, contact us using the button at the top of the page]

Texas is a superb album and well worth the high accolades. Personal faves are title track ‘Texas’ and the autobiographical ‘Seven Ways to Pass the Time of Day’.

One point: ‘Don’t Dig My Grave Too Deep’ is a cover (Rich Deans?); I think it’s the only cover on the album.

Nice review. where can we get a copy of the cd?

He has a website! http://www.fredsmith.com.au go to “shop” all the details are there! you can order one in via the post, or buy a copy from landspeed or Abel’s.

Billy Watson - 22 minutes ago
Why was this even considered? What was the point?... View
Michael Ahern - 48 minutes ago
Not extending the tram would be a good cost offset View
Avril Pounds - 2 hours ago
How about an upgrade of the bus terminal at Jolimont? Hasn't changed a bit in at least 30 years. Visitors arriving by air get... View
ACT Election 10

Jesse Mahoney - 28 minutes ago
Y'all are arguing with someone who likes Pauline Hanson. I wouldn't waste your energy View
John Hartley - 50 minutes ago
Labour drunk on money till there is none left then tax go up there a joke and have and will be for a long time View
Steve Wood - 2 hours ago
So where is their announcement on rate/parking/registration increases to pay for it? View
News 6

Roland De Saxe - 1 hour ago
Great idea for Eden area View
Talla Mc Bogan - 6 hours ago
happened in the otways ,, mountain bikes took the moto tracks ,, they only use a small area though ,, so plenty of moto track... View
Greg Peterson - 10 hours ago
Already has happened down there Craig. The issue you raise regarding the reverse is also true, there are flogs in both sports... View
Property 3

Scott Humphries - 3 hours ago
"Braddon of the south" . So the light industry and commercial businesses will eventually be pushed out by apartments, just as... View
Marc Edwards - 5 hours ago
And 5 minutes later the residents will all start complaining of the noise etc. Some areas should remain commercial, not every... View
Jp Romano - 8 hours ago
A great area - great building and a great developer. View
Opinion 31

Charny Barney - 9 hours ago
Are there any more policy promises they are going to back flip on? Alistair's indecision and poor decision making is not a go... View
Sue Ellen - 14 hours ago
Elroy Jones Yes. It's one of the prettiest areas of the lake. It used to be nicer before they bulldozed all the trees on the... View
Janice Reid - 22 hours ago
They seem very indecisive lately. No tram to Woden .. changed their mind. No west basin development .. changed their mind. Bi... View
ACT Election 20

t2owe - 20 hours ago
I really don't care about what they say about the Libs. Given the antics of the Barr government, just how much more damage co... View
t2owe - 21 hours ago
How about a change of government. It's way over due,. ACT government is consult in name only, and planning is off the wall.... View
show more show less
*Results are based on activity within last 7 days

We're spoiled for choice again this week, whether you're a mover and shaker, or a movie buff. There are free...
Breaking 0

The first week of the election campaign proper has come and gone, and one thing is clear - no one...
ACT Election 37

The Canberra Liberals have unveiled a suite of policies designed to drive down the cost of motoring in the ACT,...
ACT Election 20

As the election nears, how do we ensure the voices of ordinary voters are heard? We're in election forum season...
ACT Election 18

Development is always going to be a controversial topic in Canberra. We love our planned city, and each new building...
ACT Election 19

Roadside corflutes, bulging letterboxes and a flood of Facebook posts can only mean one thing - it's election time. The...
Sport 13

@The_RiotACT @The_RiotACT
@CanberraAirport has pulled back from the brink and will return to a seven-day operation after the recent border reopenings brought back flights https://t.co/t2PIRlRLqt (20 minutes ago)

@The_RiotACT @The_RiotACT
On The Campaign Trail today, Labor and the Libs trade blows over health policy, there's $99 million for public schools, the Greens push Labor on childcare, and which unions dumped $64,000 into Labor's campaign? https://t.co/PAT5XrZHCa (1 hour ago)

@The_RiotACT @The_RiotACT
Canberra’s Completely Taylored is an impressive example of an employer that embraces full workplace flexibility https://t.co/WkPfVvo08n (2 hours ago)