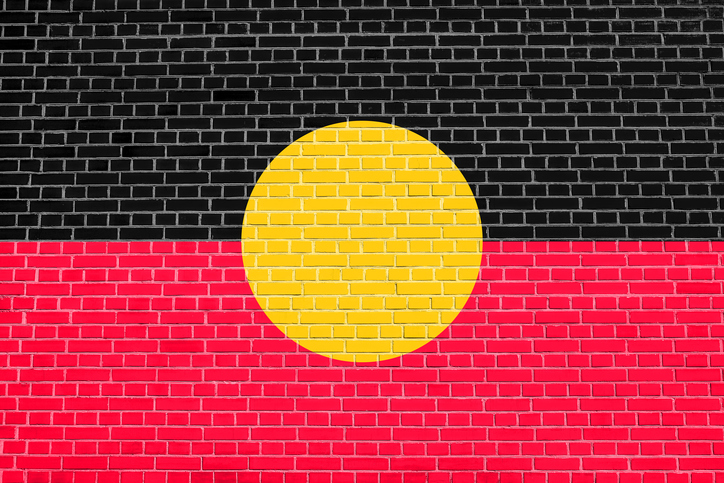 An Indigenous Voice to the Federal Parliament, embedded by referendum in the Australian Constitution, was the big recommendation from the Referendum Council following the most extensive discussion and debate amongst Aboriginal and Torres Strait Islanders in decades. In May this year, 250 Indigenous delegates gathered from across the country at Uluru and called for a representative Voice protected by the Constitution. The Uluru convention built upon a series of meetings around Australia where the idea of a Voice to Federal Parliament was consistently supported along with a legislated Makaratta Commission to supervise treaty making and deliver truth-telling about our nation’s story. The strength and consistency of this support across Indigenous Australia cannot be ignored and should not be downplayed. These concepts have been built up over the last 100 years – calls for treaty, calls for representation, calls for truth-telling – it should surprise no one that when the people were asked what they wanted they gave these answers.

This Indigenous determination that the Voice should be in the Constitution is the outcome of bitter experience. The willingness of the Federal Parliament to repeatedly override the Racial Discrimination Act to the disadvantage of Indigenous Australians is an example of why the Voice must have constitutional entrenchment. This will fulfil the Uluru call for a representative Voice that cannot be abolished and cannot be ignored.

Changing the Australian constitution requires a referendum with difficult hurdles to pass – a majority of voters in a majority of states after the question has passed the Federal Parliament. Getting this question past the people ought to be straightforward. After all, giving Indigenous Australians a Voice doesn’t seem terribly radical or controversial. In fact the Uluru Statement from the Heart generated the best line for the campaign with ‘in 1967 we were counted, in 2017 we seek to be heard.’

Wanting to know what comes next is always a good question, assuming the referendum passes. Here in the ACT we’ve had a legislated voice for Indigenous Canberrans since 2007. The ACT Aboriginal and Torres Strait Islander Elected Body (ATSIEB) has just commenced it’s fourth term after an election with a record voter turnout. ATSIEB doesn’t have the role, proposed by the Referendum Council, of overseeing the race powers in the constitution – the powers regularly used by Federal Governments to create both benefits and difficulties for Indigenous people. ATSIEB has other strengths. The foremost being that it’s estimates-style hearings conducted each year to question the most senior ACT public servants about Government programs and their outcomes for Indigenous Canberrans. This is a powerful tool, but it’s hamstrung because the hearings are not public and there is no media presence. It enables ATSIEB members to drill into the detail of Government policy and programs, but it doesn’t have the impact that would come from public exposure in the same way that a Parliamentary committee inquiry can produce. Furthermore there is no video or audio recording available and the final report from the hearings is released months afterwards. The whole exercise slips under the radar for most Canberrans.

A better strategy is to develop the ATSIEB hearings into the equivalent of a Parliamentary committee. Invoking the protections of parliamentary privilege would enable the broadcast of hearings, transcripts, media reporting, and create a public audience. Of course, with privilege comes responsibility. The current arrangements for ACT MLAs with a Code of Conduct, Ethics Adviser, Integrity Commissioner and a complaints mechanism could be replicated or, alternatively, piggy-back the ATSIEB conduct oversight onto these existing provisions. Consideration should be given to placing ATSIEB member declarations of interests on the public record.

This ACT idea of holding the public service to account for policy and service delivery to Indigenous people through an inquiry process could be translated to the federal arena with the new Voice to the Commonwealth Parliament. It would be an additional role beyond the advocacy envisaged at Uluru and the oversight of the race powers proposed by the Referendum Council. It would be a step on the road to self-determination consistent with the United Nations Declaration on the Rights of Indigenous Peoples.

These ideas regarding a Voice for Indigenous Australians to the Commonwealth Parliament require a successful referendum to be advanced, and that needs the support of our Federal politicians. Sadly the Prime Ministers’ announcement last week, that the Government would not back a referendum, disregards the clear and simple message from Uluru of what Indigenous Australians want. What the Government will implement from the Uluru Statement is still unknown. The pattern of the last hundred years continues.

Dr Chris Bourke will be speaking at the David Hunter Memorial Lecture for ANTaR ACT 6 pm tonight at the Australian Centre for Christianity and Culture, 15 Blackall Street, Barton.

Lyn Kemp - 8 seconds ago
Congratulations Ricky. Well deserved 👍👍👍 View
Doug Hearne - 1 hour ago
Has done heaps of loyalty work for the Canberra region deserves credit for his efforts on and off the field 👍🤙😆 View
Community 5

Graham Wilson - 1 hour ago
A decent Shopping Centre would be a better option at the moment. A lot of Queanbeyan people shop elsewhere and with the growt... View
Stephen Roberts - 1 hour ago
Wasn't there a bike club named "struggletown tourers' View
Scott Abela - 10 hours ago
Struggle town View
Opinion 47

Kacey Butterworth - 10 hours ago
I feel extremely privileged to have had Ben as a mentor, teacher and year co-ordinator throughout my high school years. He ta... View
Annamaria Zuffo - 13 hours ago
Fantastic Ben. Lucky kids and us for knowing you. View
Vicki Favelle - 13 hours ago
Thank you Ben for being the teacher that you are. We will always be so grateful that you taught our Charlie. An amazing teach... View
News 13

Paul Leins - 13 hours ago
Chinmoy Misra so you're saying *you* can't maintain a reasonable speed in built up areas without some kind of ridiculous urba... View
Jeff Shapiro - 13 hours ago
Ken Owers you need an idrive adapter or buy a Mercedes View
Chinmoy Misra - 14 hours ago
Paul Leins Congratulations. You missed the point entirely.... View
Business 63

Have you spotted the Dining Dome at The Dock on the Kingston Foreshore yet? This new Canberra dining experience has...
News 1

Discount carrier Jetstar will launch a new Canberra-Brisbane route from 2 September with five return services a week. It will be...

Why all service organisations should develop cultural safety charters

Word of the year gives ‘voice’ to Indigenous understanding

@The_RiotACT @The_RiotACT
Gungahlin is often seen as the new part of Canberra, but some locals have lived their whole lives there. The town centre is already big and it's still growing https://t.co/Kqq2xR1Mmm (13 hours ago)

@The_RiotACT @The_RiotACT
Opposition Leader Elizabeth Lee said she has received "a huge amount of interest" for her stealthing bill, which she says is a positive first step to raising awareness about "the existence of such a heinous practice" https://t.co/YQDtFOWLYU (15 hours ago)