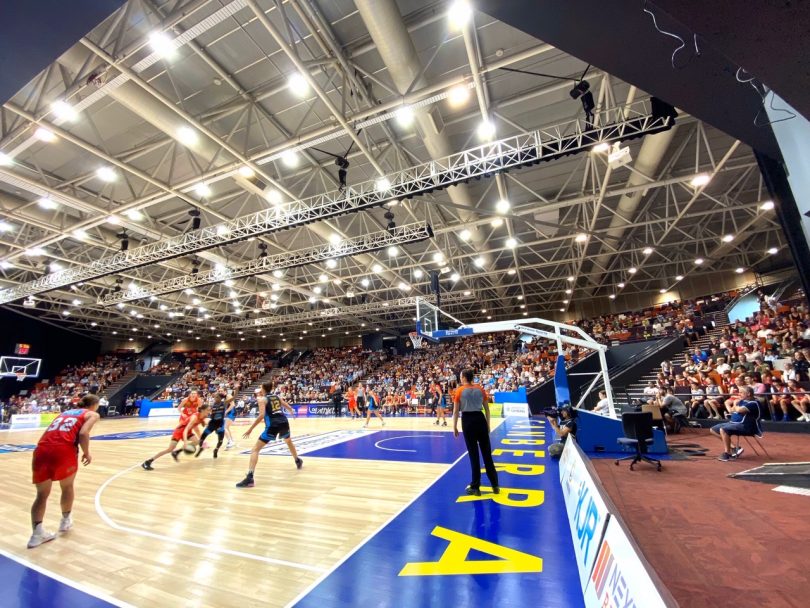 The UC Capitals play at home at the AIS in the second game of the grand final series. A big crowd should help them secure the trophy. Photo: UC Capitals.

Immediately after last year’s grand final victory, the UC Capitals had just three players signed for the current season: Kelsey Griffin, Keely Froling and Kristy Wallace. Each were in the second and final years of their current contracts.

In March, Marianna Tolo was the fourth player signed by the Caps, and the semblance of a team was starting to form.

But with the UC Capitals leading the best of three series against the Southside Flyers 1-0, a Caps victory tonight could be the end of an era.

Every player in the squad is off contract and even coach Paul Goriss has a contract in which both he and the club have an option for next season.

And between now and the next season, we have the Olympics.

This is a significant marker in the sporting calendar, not least because players often use the Olympic cycle as a guide to planning their careers so it is not unusual to see significant movement after the Olympics.

We already know that Kia Nurse won’t be returning, which is understandable given her status in world basketball.

Marianna Tolo could be tempted by big money offers in Europe. Olivia Epoupa is on a one-year deal. Kelsey Griffin has also demonstrated that she has the ability to match it with the best in the world (which is why she won the WNBL MVP for the 2019-20 season). As such, she will be in demand.

She isn’t the only one. Keely Froling, Gemma Potter and Maddi Rocci can also expect plenty of attention from teams looking to boost their ranks with tried and tested talent.

The fact that the UC Capitals could be an entirely different group of players next season should be motivation enough to head out to AIS Arena tonight. This group of players, superbly coached by Paul Goriss, is a special combination demonstrating resilience and character. As well as world-class talent.

This calibre of team doesn’t come along all that often. It’d be a shame if you missed it.

Go Caps!!! I’m so bummed I can’t be there tonight but I’ve got my fingers crossed.