A cool $1.4 million buys you Bungendore’s finest plus a secret garden 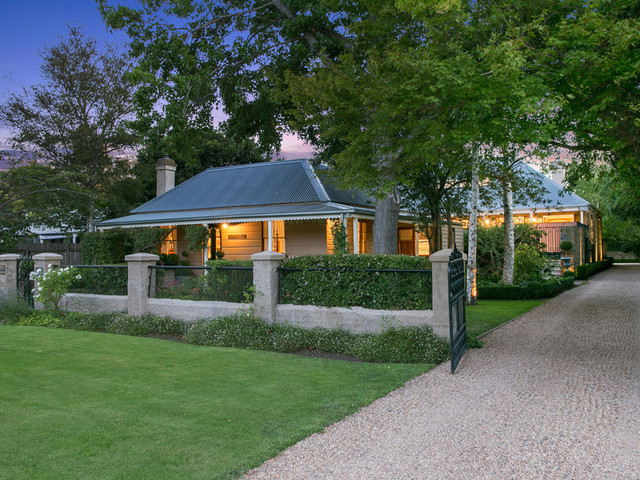 A Bungendore property built by a local flour-mill operator 132 years ago has gone on the market – promising the benefits of opulent contemporary living blended with delightful old English charm.

The heritage-listed home named ‘Rosebank’ is known as one of Bungendore’s finest and is already drawing a lot of interest from home buyers who are comfortable with the $1.35-$1.4 million price tag.

Among the key features of the five-bedroom, four-bathroom home are a designer chef’s kitchen, wood-burning fireplace, original cathedral ceilings and a secret old English garden. 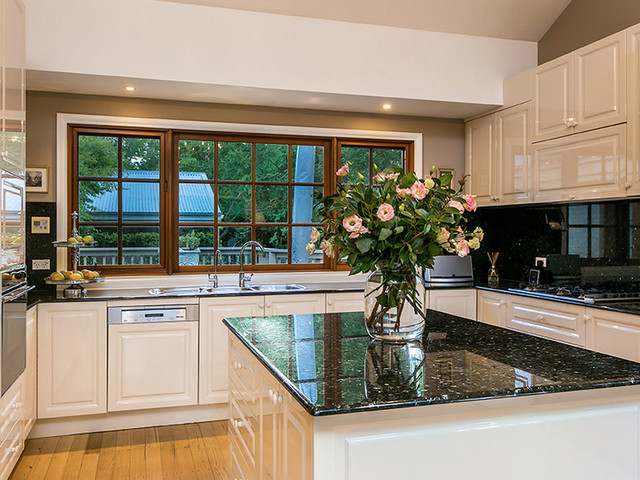 “From the road it looks like a sweet little cottage but then it keeps revealing,” said listing agent Nicolette van Wijngaarden from Unique Estates Australia.

She said the new section of the house was built 20 years ago but is very much in keeping with the original 1885 property.

“You could easily live in the new part and holiday-let the cottage but it genuinely feels part of the house as well.”

Ms van Wijngaarden said one of the loveliest features of the property is “an amazing secret garden”.

“It would be the most beautiful place for Sunday lunch or small weddings,” she said. 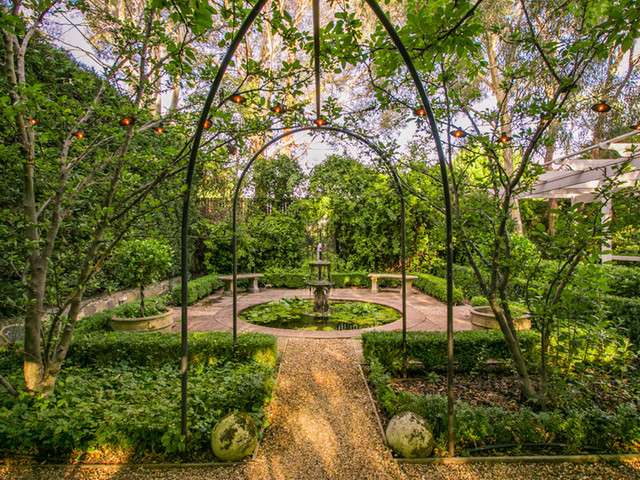 Rosebank was originally constructed by local flour-mill operator Alexander McClung to house some of his workers. The cottage’s current occupants decided to renovate and add to it while retaining the heritage character of the property.

“The north-facing residence’s front façade appears almost identical to the way it would have looked when it was first constructed 132 years ago while the interiors contain ample evidence of many of the original period detailing – including tongue-and-groove lining boards, hardwood timber floors and ornate cast iron fireplace surrounds,” Ms van Wijngaarden 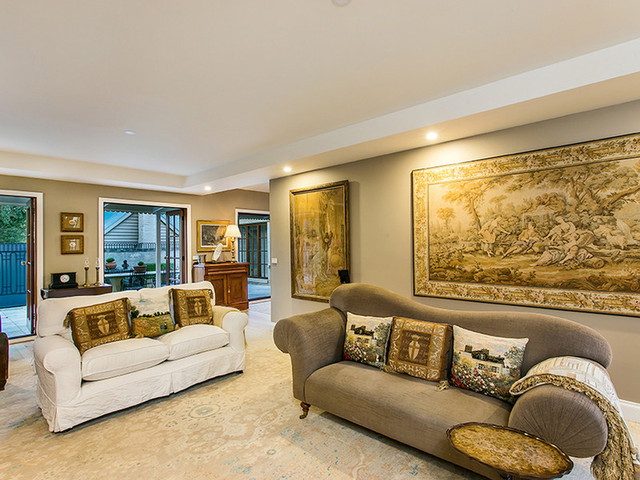 However, she said that the home had also been “extended and reinvigorated to incorporate many modern conveniences”.

These include “a cavernous designer chef’s kitchen, 16-foot cathedral ceilings, open light-filled living spaces and the integration of bespoke timber French doors which lead to the home’s lush lawns, beautiful flower beds and many covered and uncovered alfresco dining and entertaining zones”.

“The home has wide, covered verandas at the front and along both sides offering a private sanctuary from which to marvel at the meticulously landscaped country gardens or listen as the birds bathe and frolic in the property’s European-inspired drinking fountain,” Ms van Wijngaarden said. 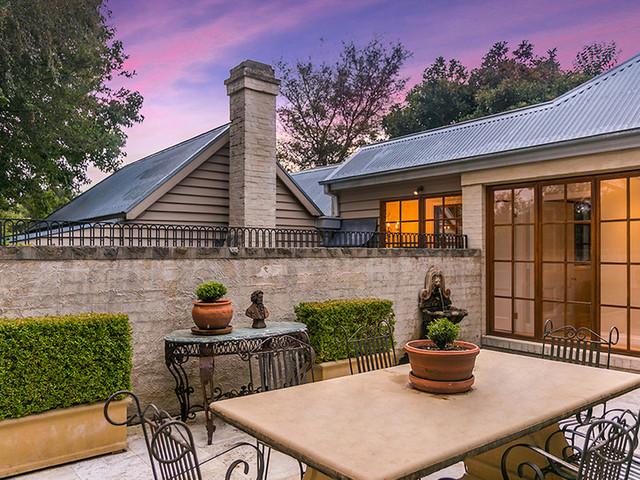 Rosebank has previously been run as a commercial bed & breakfast and gives buyers the choice of using it as one large home or as an opportunity to generate additional income.

Rosebank is located at 7 Turallo Terrace, Bungendore and is open for inspection every Saturday from 1 pm to 2 pm. For more details contact Ms van Wijngaarden on 0411 144 877 or click here. 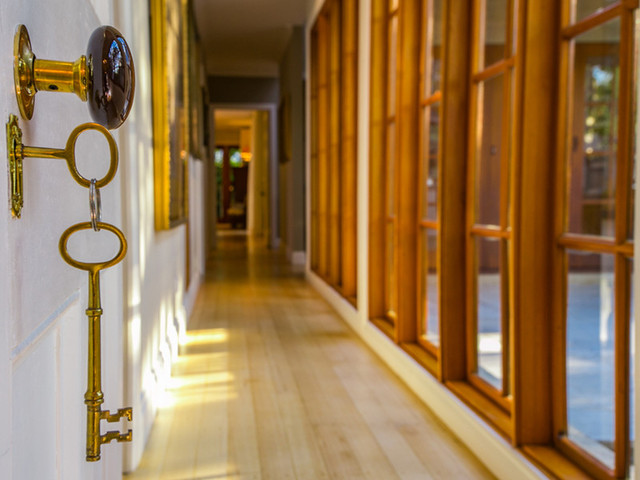 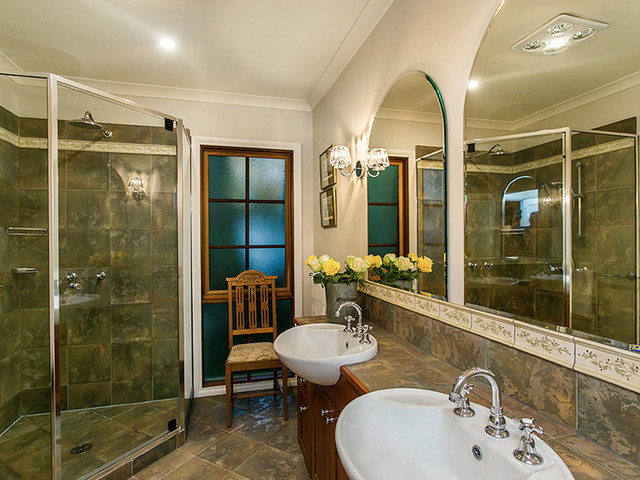 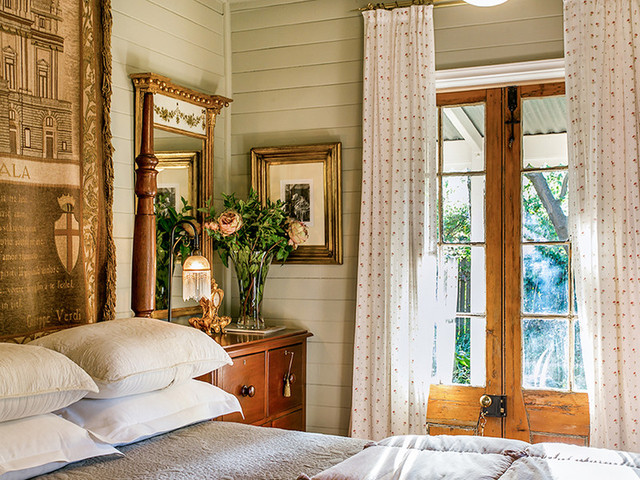 One Response to A cool $1.4 million buys you Bungendore’s finest plus a secret garden
Filter
Showing only Website comments

Absolutely love this house. All this history in gorgeous gardens plus 4 baths and 5 beds and all a shorter commute than say Tuggeranong to Civic. Amaaazing.

Trish O'Connor - 37 minutes ago
is there a phone number to call each morning to check whether the balloons will be flying. View
News 22

Martin McMaster - 42 minutes ago
I'll have one of each. Here is the delivery address https://www.google.com.au/maps/place/Parliament+Dr,+Capital+Hill+ACT+2600... View
2903Tuggers - 4 hours ago
All very interesting. But Westfield - sorry, Woden - is unlikely to see light rail before 2030. So there is plenty of time to... View
Capital Retro - 5 hours ago
Most people that will be going to CIT will be from the Tuggeranong and Weston Creek areas and the tram doesn't run there. Tra... View
Food & Wine 1

buttercup - 1 hour ago
Good on you Anna. Fresh ideas, reinventing yourself and your menu as the years roll by, delightful fresh food, and awesome cu... View
Community 17

Sonya Curran - 2 hours ago
I'd love to! Have never been! View
Mandy Pittman - 2 hours ago
Absolutely love Danny's bakery, everything is so yummy especially the hot cross buns but everything tastes wonderful and the... View
Rebecca June - 6 hours ago
Jacob Hollis will feed our child for a week View
Lifestyle 1

Conan of Cooma - 2 hours ago
I was an extra for the final scene in this movie. Leah is not only a bloody hilarious person but also an incredibly intense a... View
Food & Wine 71

Connie Senkoe - 4 hours ago
any body heard of Librafg with Nick Gibson. Is it a scam too? View
Community 24

Emily Vandenberg - 5 hours ago
Luke this looks interesting View
JS9 - 6 hours ago
Yawn. It has been shown time and time again that the overwhelming majority of 'charges' bought against the ABC by in general... View
Ashley Smith - 7 hours ago
Brett Lever he is aware... View
Community 1

keek - 6 hours ago
Yeah, I'll stick to teaching my kids that the internet is a playground, and nothing said on it is to be taken seriously. This... View
Sport 34

Benita Bittner - 6 hours ago
Louise had to keep up with you lol. View
show more show less
*Results are based on activity within last 7 days

Chimes and charm in a light-filled Bungendore railway cottage

@The_RiotACT @The_RiotACT
The developer of the problem-plagued Gungahlin pool has been absolved of liability for building defects as the government tries to secure a builder to rectify and reopen the facility as soon as possible https://t.co/8AO1kUihK8 (38 minutes ago)

@The_RiotACT @The_RiotACT
Feel like you missed out on summer? Well, the @BOM_ACT's Autumn Outlook says there's no chance of a late burst of heat, with cool, wet conditions to continue https://t.co/FhKIkUIp7X (2 hours ago)

@The_RiotACT @The_RiotACT
Pet owners say they haven't been able to visit their pets' graves after the property on which they're buried was sold in December 2020, and the new owner says allegations about disturbing the graves are unfounded https://t.co/xfTqQPkHyw (2 hours ago)