Ausguy81 has sent us some glorious photos from the weekend that make Canberra look really spooky and make me glad of my decision to sleep in on Sunday.

A handful of photos from around Canberra on the very foggy Sunday morning just passed.

If you’ve got some photos of Canberra you’d like to share email them to images@the-riotact.com and fame and fortune may be yours.* 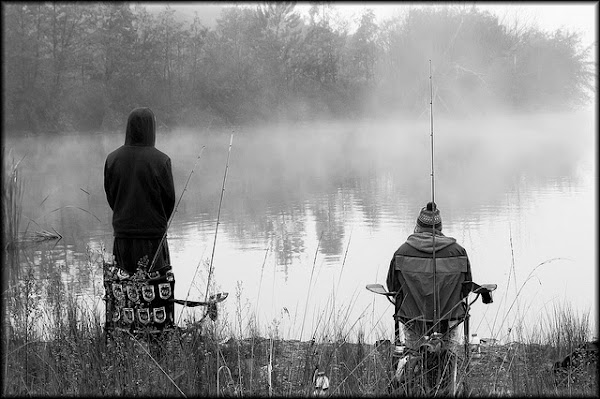 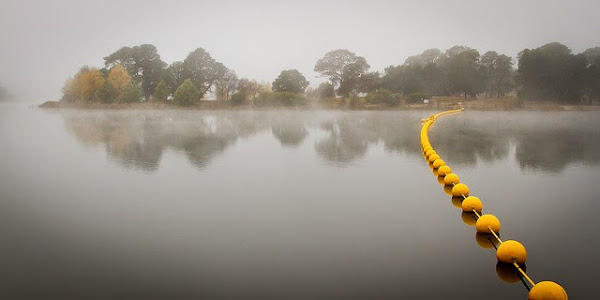 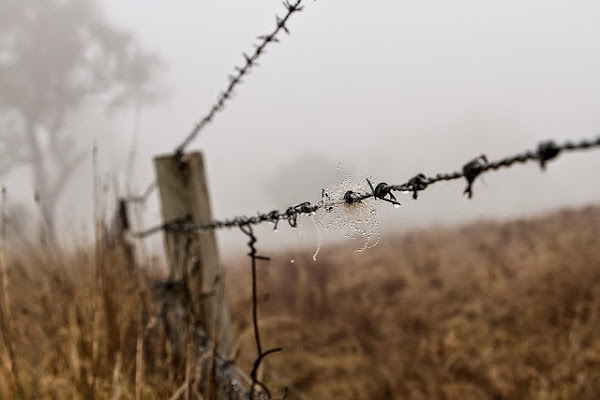 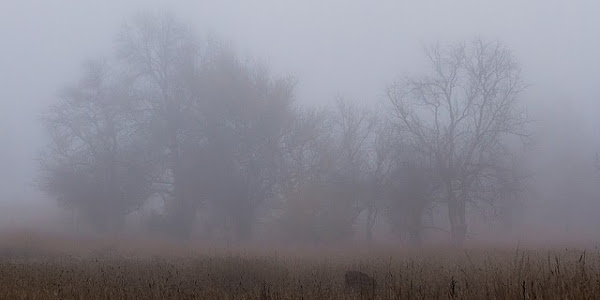 * Any fame/fortune you may receive will probably have little to nothing to do with posting your photos on the RiotACT. Still… Can’t hurt.

Lovely. I like the fishermen though I’m glad it’s not me, brrrr! The barbed wire is great (I’m seeing a pattern tonight, I like interesting perspective). And the second one is really lovely and interesting with the buoys stretching out from the foreground.

I was going to hop on and tell people if they wanted to see a Jumbo taking off from Canberra Aiport, there’d be one this morning but the site was down so couldn’t, and you’ve missed it! Sydney’s fog saw a number of international planes diverted here, including a Jumbo inbound from Hong Kong, a new model by the looks of it. It was shuffling around just before lunchtime, evidently Sydney was now ready for it, but prior to that there was about five large planes clustered over at the VIP hangar.

Suz 'olmes - 1 hour ago
How about something nice? Invest some money to clean up the tavern and make it more family friendly or a space for cafes. No... View
Jenny Keeley - 4 hours ago
I already have 3 McDonald less than 10 minutes from my house. Put something else there, anything else! View
Chris Goodrum - 10 hours ago
Many Happy New Years Eve’s spent there, met my partner there many many years ago! It should be heritage listed not knocked... View
News 19

Julie Macklin - 3 hours ago
And that is the most constructive comment you could come up with 😂 View
Warwick Alsop - 5 hours ago
Gotta love those NIMBYs View
Marea Fatseas - 7 hours ago
Who said the proposed facilities in Fyshwick are “going green”? How is CRS recycling just 5 percent for local use, export... View
Breaking 1

Yuri Shukost - 6 hours ago
Barr will find any reason not to build a new stadium or renovate the existing one. I suspect he’d find the money if it affe... View
Fred Pilcher - 7 hours ago
Good news. Sanity prevails. View
Ben Jones - 10 hours ago
Tom Allen where is this mythical stadium ? View
News 22

Chris Endrey - 10 hours ago
Who is most immune to hardship, who is pampered most, living the life that even the Gods would envy? The answer, clearly, is... View
Spiral - 10 hours ago
"But that is, of course, not true – our society chooses to devalue the arts because the focus of all of our energies is mon... View
Acton - 13 hours ago
Many, if not most in the arts community have long shown utter contempt for us in the broader community and made a living out... View
News 15

viking princess - 1 day ago
Very happy to say I can see myself and two of my children in that opening day photo. Congratulations on your success Manuel,... View
Food & Wine 10

Lauren Kay - 1 day ago
Ves take note for your next visit. View
show more show less
*Results are based on activity within last 7 days

@The_RiotACT @The_RiotACT
Interested in purchasing a home through the land rent scheme? Check out this beautiful four-bedroom home for sale in Moncrieff https://t.co/C8dibvyzPU (1 hour ago)

@The_RiotACT @The_RiotACT
The troubled Brindabella Christian College has lost another board member, according to ASIC documents. But why - and exactly when - remain a mystery to parents https://t.co/3RPdpXhayV (2 hours ago)