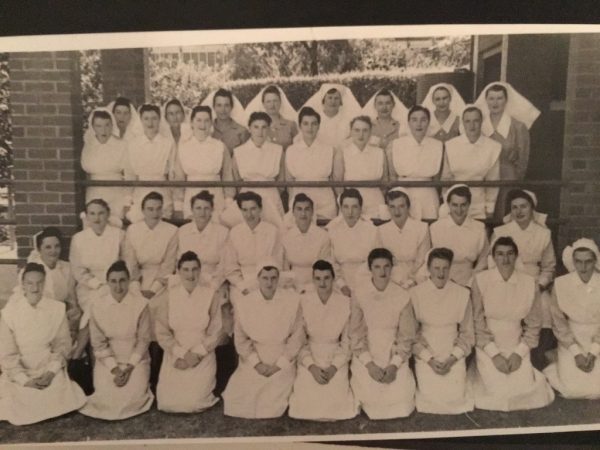 Steeped in the history of dedicated nursing, Springfield House will be demolished as part of the Goulburn Base Hospital’s $120 million redevelopment.

The graceful old slate-roofed building with broad wrap-around verandahs faces everyone entering the hospital from Goldsmith Street, like a faithful old friend. It was home to hundreds of young women who worked their fingers to the bone caring for the sick.
Discipline was military-like. Matrons like Ruth Stevenson and Ros Noakes were thorough and as tough as drill sergeants. Fathers of teenage daughters

had no qualms entrusting their teenage daughters to nursing. Right up to the 1950s training stemmed from the Florence Nightingale era. The young women were locked up at 10 pm each night.

No longer a nurses’ residence, Community Mental Health moved into Springfield House some time before 1995.

A meticulous records keeper and former nursing sister who lived at Springfield, Marlene Eggleston, hand wrote a concise outline for this story. Miss Eggleston says junior nurses were woken at 5 o’clock each morning giving them barely enough time to gulp down a Sao biscuit with cheese and a cup of tea before being on the ward next door at 6.15am.

Nurses kept the wards spotless. They washed and scrubbed floors and walls and infections were rare.They emptied damp tea leaves fresh from the pot onto the floorboards, then swept them clean, catching all the dust along the way.

Lorraine Addison, who began her training in 1946, says young women today would not work in such trying conditions.

“It was hard to get ward maids, so junior nurses did everything, hand washing linen with Lysol soap and tying it up and dragging it through the wards. They scrubbed the walls as high as they could reach with ‘Clever Mary’ sand soap, and washed away blood and faeces down a sluice in the pan room. The old male ward for 30 men had one toilet, which the juniors cleaned several times a day.’’ 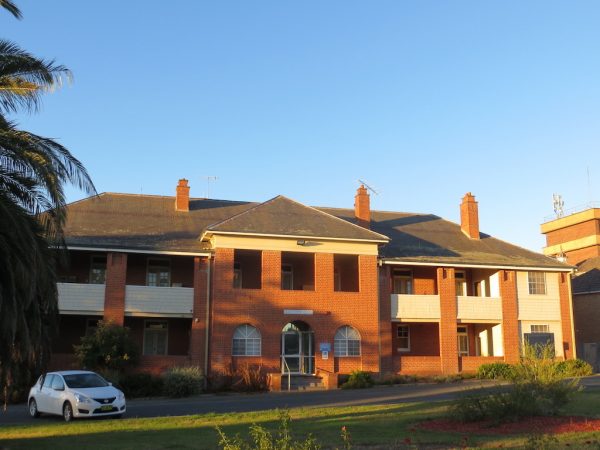 Springfield Home had 23 bedrooms, each with French doors and fireplaces for three sitting rooms. There was a laundrette, two kitchenettes and other rooms including the matron’s suit.

“First year nurses occupied the top floor, with the sisters on the ground floor – we thought it was to keep an eye on us,’’ Miss Eggleston said.

“The French doors had safety chains, but the bedroom doors had no locks.’’

Others recounting life at Springfield include 1970s former wardsman Graeme Wood who walked over to Springfield at midnight each night with Dottie Greeves or Robyn Day to check locks.

Isabella Hawke says it was a safe, supervised place for teenage girls. “The night sister did a round at 2 am and opened the door and shone her torch in.”

Miss Eggleston says the kitchen, sitting room and bathrooms were checked with a sweeping torchlight too. “If anything was out of place the home sister would order everyone to get up to fix what was necessary to her satisfaction, then would wait till everyone was back in bed before returning to her room.

“Bed linen, blankets, pillows, towels and bedspreads were all colour-coded and numbered, and each Friday the bed had to be made so that all the labels were at the same corner and would be checked by the home sister.’’

Another former nurse Annie Corkeron O’Leary says: “We had to have passes to stay out after 10.30. We had to sign in on return.’’

Alison Robertson Mullen, a nurse in the 1970s, says she was scared at times, but nurses left as confident young women with huge experience only young graduates could wish for today.

“Boards were put under our beds to keep our backs straight and the bottom of our beds uplifted to help with our sore legs and reduce varicose veins (hopefully).’’

Miss Eggleston says in 1961 living at Springfield House was compulsory for student nurses, even ones whose homes were within walking distance.

Mrs Addison arrived from Yass on a cold April 1, 1946, and began her training on the 30-bed children’s ward the next day. All training was on the job, doctors delivered lectures and a tutor sister who also was home sister, taught her how to make a bed and issue a bed pan.

Nothing prepared her for the trauma and death. “It was hard with children and younger people,” she said.

Caption: Goulburn nurses in 1947. Matron Stevenson is fifth from the left in the fourth row. Photo supplied by Marlene Eggleston.

Deb Wheare - 13 minutes ago
not to mention the huge illicit drug problem inside AMC View
Deb Wheare - 14 minutes ago
while focused on the US this is a great primer for anyone interested in learning something about mass incarceration of black... View
Deb Wheare - 19 minutes ago
Jacob Torresan the legal system IS inherently biased against the poorest and most vulnerable people in society - our prisons... View
Property 5

Darron Marks - 27 minutes ago
I have always thought the dickson shops needed more government investment to make this area more vibrant. More underground pa... View
Sue Sedgwick - 2 hours ago
Angela Van Dyk unfortunately, I think we know the answer to that one. If anything, it won't be free. View
Angela Van Dyk - 3 hours ago
There better be multiple levels of underground car parking! View
What's On 2

A little under a year ago, the ACT Government announced that e-scooters can be legally driven on shared paths and...
News 28

A smile a day the heartbeat of frontline nurses and midwives

Inside an evacuation: Batlow nursing home residents and their “holiday” in Cootamundra