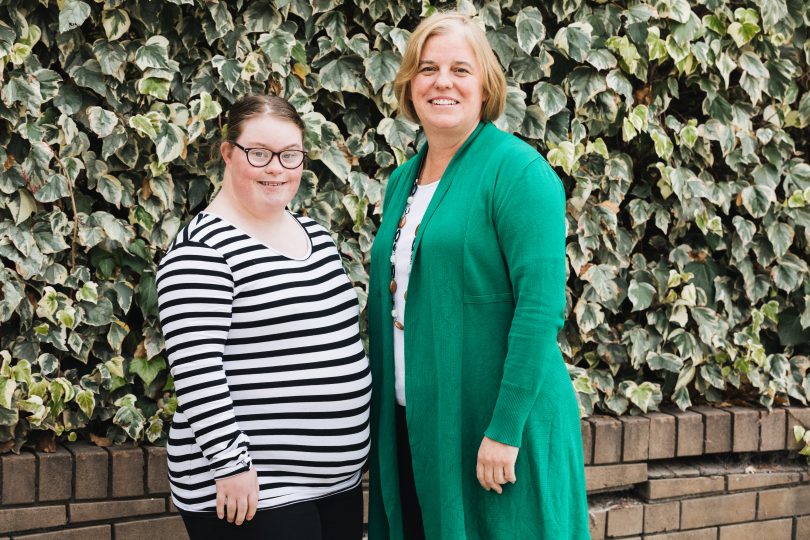 When reality hit and the ACT Down Syndrome Association (ACTDSA) thought it was going to have to close its doors, Alicia Flack-Kone couldn’t describe her despair.

The self-help organisation, formed in 1987 by a group of interested parents, was facing a lack of funding. It was at crisis point.

“I’ll never forget how stressful it was,” says Alicia, now President of the ACTDSA. “And then one phone call changed it all.”

That phone call was from John Runko, Chief Executive Officer at Independent, who had read about ACTDSA possibly closing and wanted to know how Independent could help. A meeting was organised and the Independent Foundation agreed to support the ACTDSA to stay open for a year.

That was about six years ago, and the two organisations have since formed a flourishing and rewarding partnership that has allowed ACTDSA to get on with its vital work in providing support and information to people with Down syndrome, their families and the wider community.

“It was such a relief to have a break and not stress about searching for funds,” says Alicia. “It was so rewarding to know that Independent had faith and trust in what we do to help families. Their support meant we could focus on doing just that.”

“We’ve just hit the $1 million mark in donations,” says Wayne. “It’s great to see our team get so involved in raising funds for charities because we really think it’s important to contribute to the community that we live in.”

One of the most exciting things ACTDSA has been able to do with Independent’s support is to employ a person with Down syndrome to work part-time in the office. Katie loves her job at ACTDSA and never stops learning valuable skills. Her predecessor, Peter, developed such confidence and self-esteem he left ACTDSA to work for a developer in Holt. 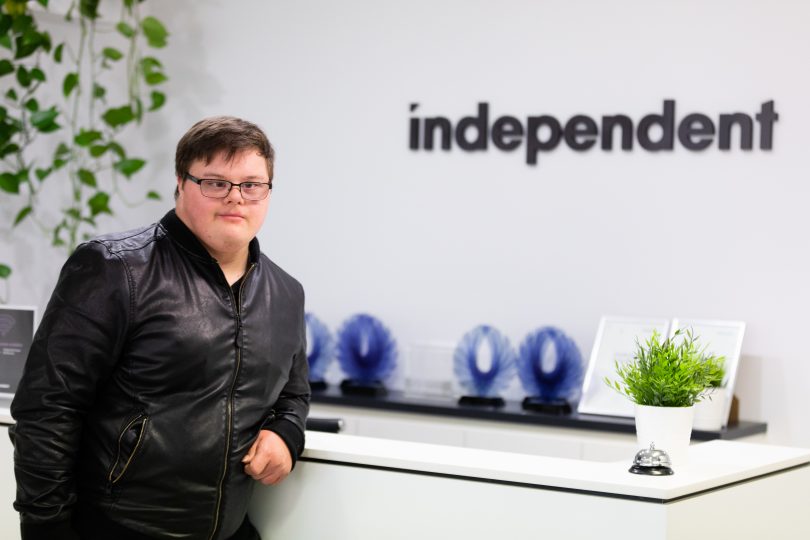 Tim proving to be a valuable asset to the Independent office.

Independent has done much more than provide funds and support. They’ve engaged Tim, who has Down syndrome, to work in their office. “While Tim might be learning a lot from us, we’re learning way more from him,” says Wayne.

One of ACTDSA’s most important roles is supporting families with a newborn baby with Down syndrome, the value of which Alicia experienced first-hand when her son came into the world. 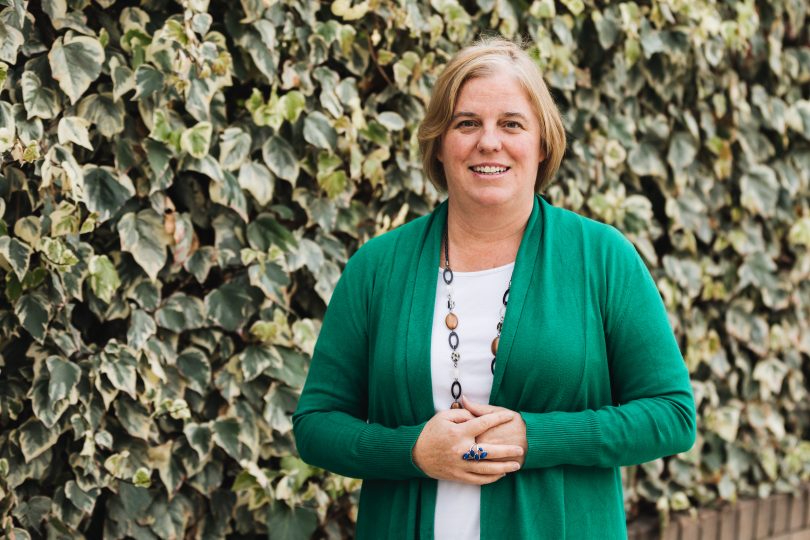 ACTDSA Present, Alicia Flack-Kone, says the Independent Foundation has made a huge difference to the Association.

“When my son was born, someone from ACTDSA came to see us five days later and we really appreciated the support. We’re now able to meet families face-to-face within 24 hours of their initial contact, which is even better,” says Alicia. “We congratulate them on their newborn and start building relationships right in the hospital. We also provide them with accurate and balanced information and resources to help, so they’re not alone or struggling to figure out what to do.”

With ongoing support from Independent, ACTDSA is also able to take more calls from those with Down syndrome and their families and connect them with essential services and social networks.

“We now have a young adults’ group, for example,” says Alicia. “It’s fantastic because they want to get out in the community and socialise and mingle. The group is a safe way for them to go out to dinner and have fun.”

Another activity now thriving, is the “under-five support group”, for families with younger children.

Another plus for ACTDSA is being free to have constructive conversations with government departments, like Education, Employment, Health and the Office of Disability, about equitable and inclusive treatment for people with Down syndrome.

Alicia has been involved with the ACTDSA since her son was born, first as a recipient of services. When her son was two years of age, Alicia got involved in the association more formally, working her way up to President.

“It’s rewarding to work with an association that promotes improvements in the quality of life of people with Down syndrome and to stimulate, within the wider community, an awareness of the very real abilities and needs, of people with Down Syndrome,” says Alicia.

Good on you Thunder Cologon!!

Alicia you are an awesome woman!

Wonderful work Alicia Flack-Kone and ACTDSA and huge thanks to Independent for your amazing, generous support ❤️

Ota Save - 6 hours ago
Sue Sutton No worries Sue. Happy to help ❤️ View
Sue Sutton - 7 hours ago
My Mum has wonderful neighbours who have been helping keep her lawn in check. Thank you Ota and family xx... View
Bill Gemmell - 8 hours ago
Barbara Eglitis I was wondering how long it would take. Seriously, I had the Fowles St Park project in Weston in mind. Sugges... View
News 34

Illume with a view has elegance to match its Griffith location