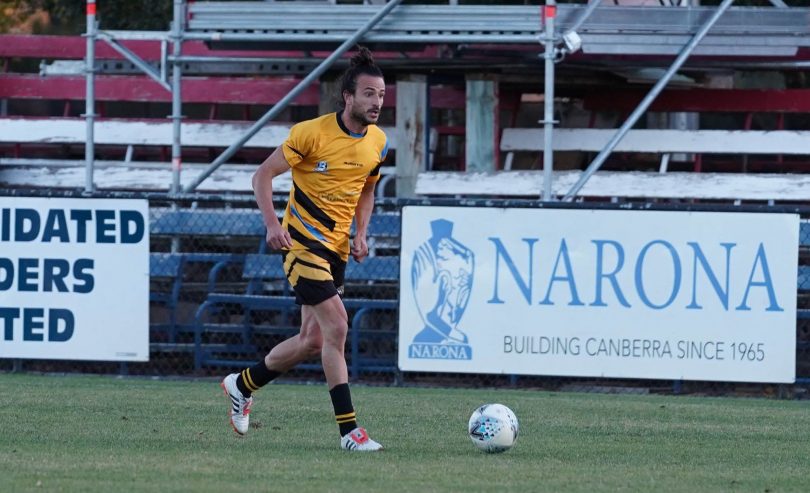 Nicolas Abot has been firing on all cylinders this season and his form up front could prove the difference as Tigers FC face Canberra FC today in the Federations Cup final.

Tigers go into Deakin Stadium on the back of a dominating 4-1 victory against Canberra Olympic to stand at the top of the NPL1 standings.

At stake is a possible maiden Fed Cup title for Tigers as well as entry into the FFA Cup Round of 32 for the first time.

While Canberra FC head into the matchup looking to claim back-to-back titles, the Deakin-based side have endured a mixed season so far, but head to the final on the back of an impressive 2-0 win against Olympic Wednesday night (12 June).

Though the potential of obtaining some early season silverware and progression into the FFA Cup seems a big deal, it has not entirely shifted the focus of Abot and the rest of his teammates.

“Every week, nothing changes for us,” Abot said. “It is an important day for us and maybe an important year. We will just continue to keep working hard like we have been every week.”

The opportunity to make club history and potentially play against Australia’s best clubs and players holds significance as Abot recognised Olympics’ success back in 2016. 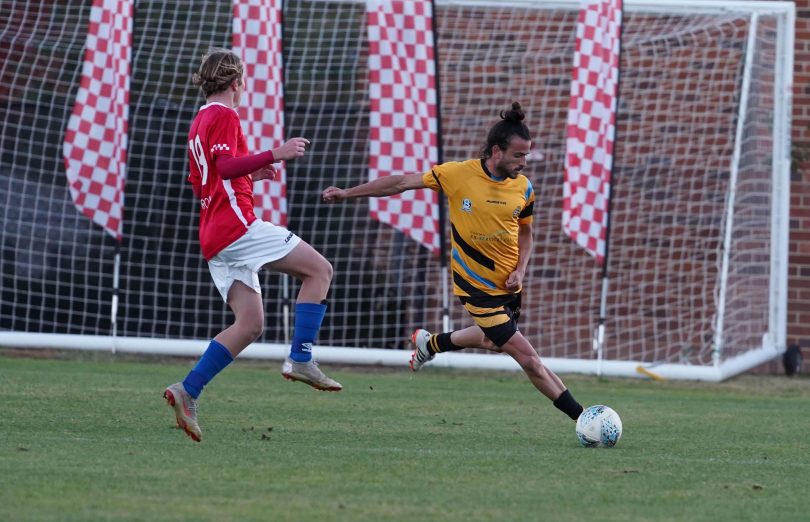 “For every player it is the chance to play against the A-League teams,” he said. “For the club, it is important because it can happen for the first time in their history,” he said. “My first year in Canberra we lost to Olympic, they won three of four games after and it was beautiful for the city and we hope the same can happen to us.”

The Argentinian striker has set the NPL1 alive this campaign by finding the back of the net 10 times in eight outings.

Given that this is his third experience playing in Canberra, scoring goals and continuing to get better are important motivators considering what the future could hold for him.

“Every championship, I have scored a few goals, this year I have started better,” he said. “I always work hard for it, every time and every year for my career because next year if I want to find a good team, I need to score a lot of goals.”

Abot is aware of the challenge their opponents will bring despite losing their star man Thomas James this year.

“They lost I think the best player in the league last year,” he said. “We played each other three weeks ago, it was a hard game for both teams. We drew 1-1 and this one will be a strong game because Tigers and Canberra FC are good teams.

“It is a final, it is one game and anything can happen.”

Julie Macklin - 15 hours ago
Julia Bocking Well according to statistics perpetrators are overwhelmingly likely to be male. “According to the annual Nati... View
May Mac - 1 day ago
Julia Bocking Why jump on my words when the whole subject of the article was youth? How are you supposed to talk about issues... View
Food & Wine 9

Nawaporn Posuwan - 19 hours ago
Merryn Orchard look very nice I should go there and try soon. View
Songchat Chatkeo - 22 hours ago
Awesome krub View
Merryn Orchard - 23 hours ago
Nawaporn I think you would be the best judge for me 😋 View
News 34

Liz Walker - 24 hours ago
Anthony its funny how u can “judge” these young people when most there are on remand and havent been given the opportunit... View
News 75

@The_RiotACT @The_RiotACT
@TimGavel shares heartwarming tales of generosity shown by the community in the wake of the South Coast bushfires https://t.co/FjPDwHDsvf (26 minutes ago)

@The_RiotACT @The_RiotACT
Civic Pool Chlorine leak update. Firefighters have contained the chlorine leak and are working with contractors to safely dispose the liquid. The exclusion zone has been downgraded; however, the pool remains closed. (39 minutes ago)

@The_RiotACT @The_RiotACT
John Barilaro will be the Minister responsible for leading disaster recovery efforts following the bushfires across NSW https://t.co/mIuKcJkgKl (1 hour ago)