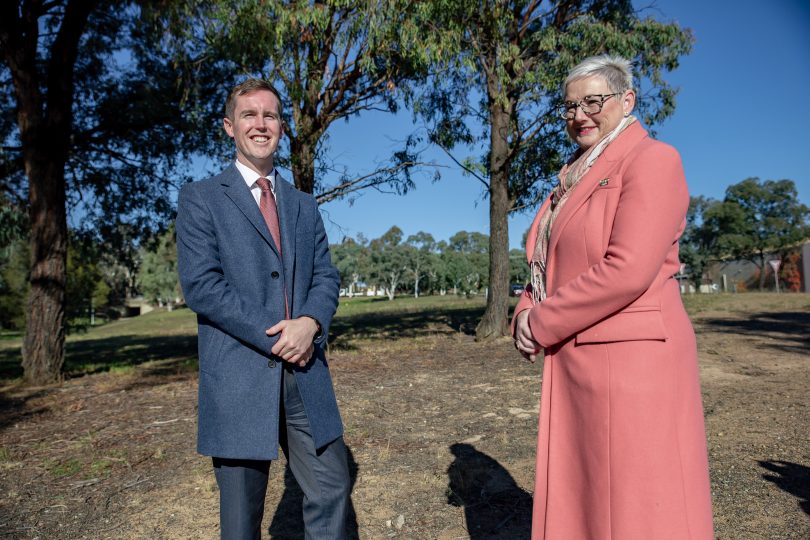 The common scene of frustrated drivers circling for a park at the Weston Creek Group Centre may soon be a thing of the past with a further 150 spaces planned as part of a $440,000 allocation in Tuesday Budget.

City Services Minister Chris Steel said the new surface car park on the corner of Brierly and Parkinson Streets should be open next year and ease pressure on that side of Cooleman Court shopping centre, where there is also the Weston Creek Community Centre, the soon to be built Nurse-led Walk-in Centre and the virtual bus interchange that has been established as part of the new network.

The centre has seen an influx of residents from the growing Molonglo Valley, while they await the development of the new district’s own group centre, placing extra pressure on the available parking.

The site is zoned for community use but is at present open space bordered by established trees with some within the site.

Mr Steel said some trees would have to go but the Government hoped to save as many as possible.

He said access was still to be determined but it could be from Brierly, Parkinson or Watling Place, and City Services was also looking at improved crossings to Cooleman Court and over Brierley Street.

Mr Steel said the Government was reviewing the timed parking arrangements for the centre to determine the nest mix of restrictions to free up spaces but ruled out paid parking. 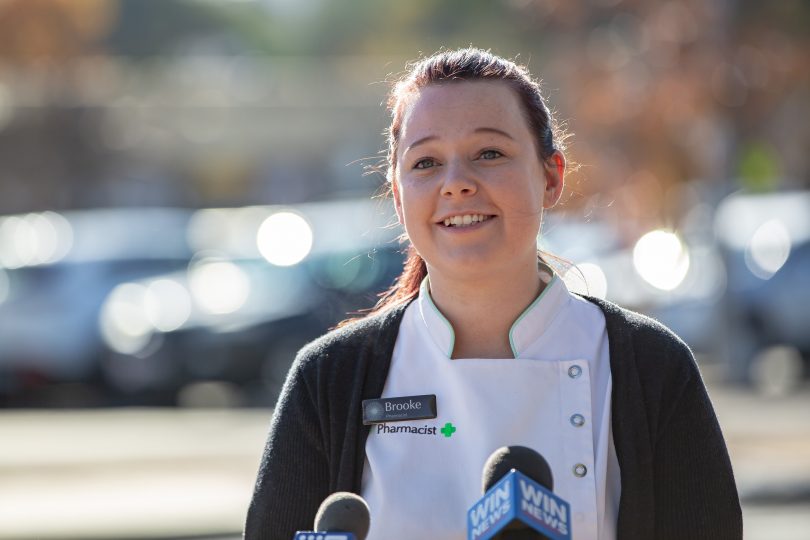 Cooleman Court pharmacist Brooke Veasey: parking is a huge issue for businesses and their customers.

“The Weston Creek community has been very clear to the Government that what they want to see is more parking here,” Mr steel said. “I conducted a survey of around 400 residents in WC last year, and 50 per cent of those residents said parking was their number one issue.

“As Molonglo continues to grow more and more people are using Cooleman Court as a group centre, and we want to make sure, particularly in one of the oldest areas of Canberra, people can get easy access to the shops,” he said.

Local labor MLA Bec Cody said the parking issue was affecting businesses at the centre, which were finding it difficult to service their customers.

Pharmacist Brooke Veasey, who has been at the centre for two years, said parking was a huge issue for not just her business but all the others in the group centre.

You’ve got the community centre over there, the cafes, families coming to meet, time restrictions, there are issues everywhere,” she said.

“There are people who come in quite frequently saying they’ve had issues getting a park, some have been to a doctor’s appointment and then there on a time limit and have to wait for prescription. So it’s a huge issue and it’s good to see the Government doing something about it.”

Mr Steel said the Government wanted to make sure everyone who visited Cooleman Court – employees, customers, business owners and commuters wanting to park and ride – could find a park.

The Government would also be providing 25 spaces at the Palmerston shops in Gungahlin, where there have been similar calls for better parking.

This is much needed. Cooleman Court and the Restaurant side of Erindale are definitely the worst parking areas in Canberra.

While it is a shame some trees will have to be removed, never to be replaced, there probably is a sound argument that we are so dependant on cars we need to induce some more demand.

Looking at the site, now that the new bus stop arrangement debacle is set in place, the best option is probably to access the proposed car park from the Brierly/Liardet St roundabout. Now that I have put that option out there, they will choose Parkinson St and have traffic crossing the path of buses.

Kate Reeve have you heard about this?

Taking away more green spaces from the people

Would love to see the same extended to the local public schools instead of the parking camera vans that go around at school pick up time when their is insufficient parking provided.

HiddenDragon - 8 hours ago
"The ACT needs home-grown solutions that fit with its culture and the aspirations of its people and origins, not imported min... View
Gabriel Spacca - 11 hours ago
Well I feel sorry for those who are coming here to escape the anthills of Sydney and Melbourne. The current government is try... View
Marc Edwards - 13 hours ago
Ian Bushbell is about 50+ years to late View
News 11

HiddenDragon - 9 hours ago
In light of this - https://the-riotact.com/act-government-systems-not-rated-to-receive-security-classified-information/430823... View
Acton - 13 hours ago
You hope. I admire your trust in the efficiency and perpetual good will of an indulgent government. However, you have forgott... View
Acton - 14 hours ago
“Those who would give up essential liberty to purchase a little temporary safety, deserve neither liberty nor safety.” Be... View
What's On 5