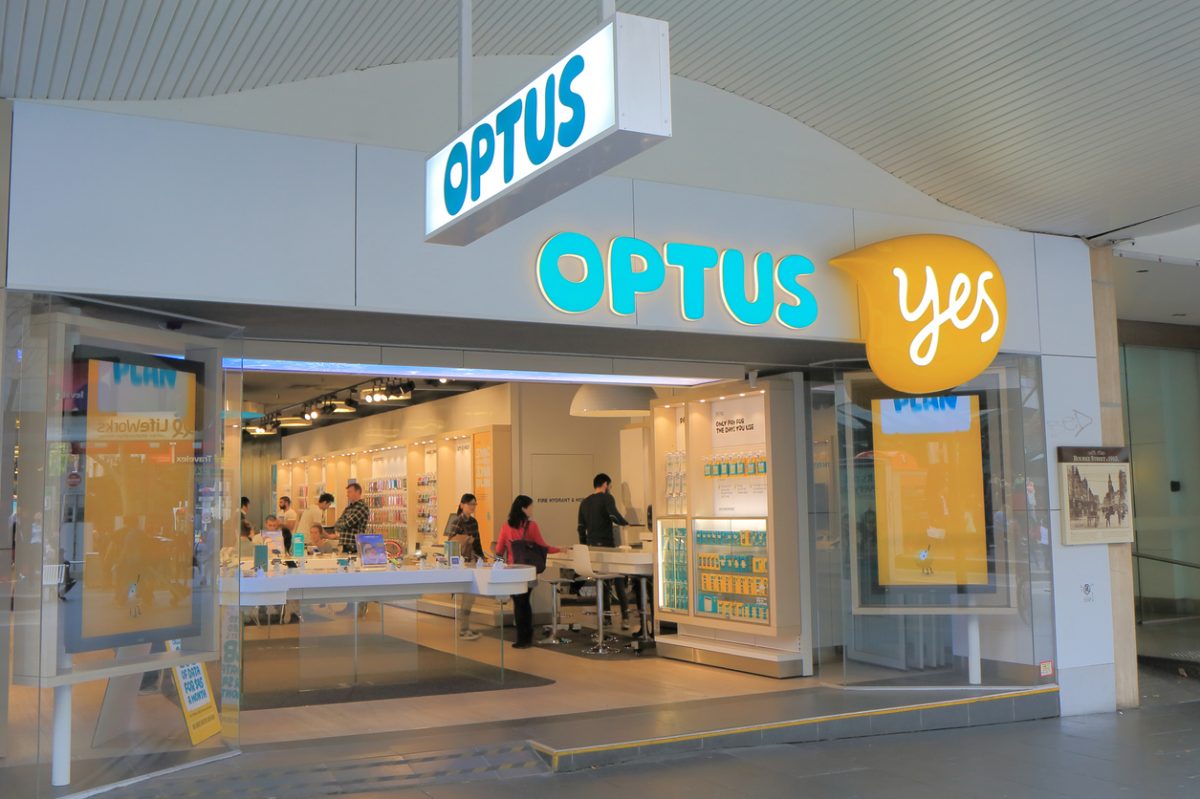 The ACT Government has yet to decide whether Canberrans impacted by the major Optus hack which occurred last Friday (23 September) will be able to change their drivers licence number.

It’s unclear how many Canberrans have been impacted by the issue at this stage, but Access Canberra has been inundated with requests to change licence numbers.

One man, who wished to remain unnamed, said he received an email from Optus advising he had been impacted by the event and confirming his licence details had been accessed.

“I’m not overly concerned as the expiry date of the licence has changed, and to my knowledge, a scan of the licence with my photo was not stored,” he said.

Licence numbers are designed to remain with a driver throughout their life, but the Opposition has called on the government to move quickly to encourage victims of the Optus hack to replace their licence number. 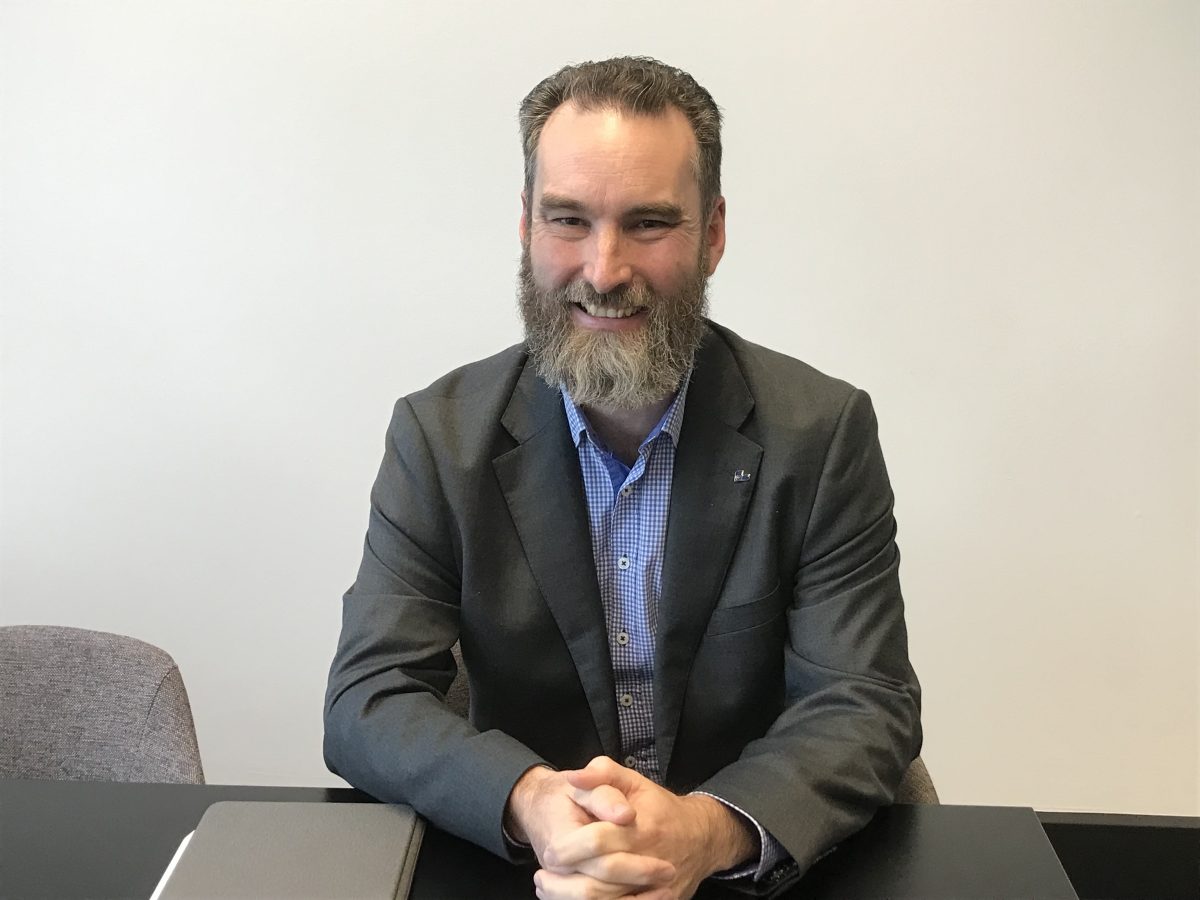 Opposition spokesperson for Regulatory Services Ed Cocks said the Territory government should follow the lead of NSW and encourage affected customers to get a replacement licence. Photo: Lottie Twyford.

Opposition spokesperson for Regulatory Services Ed Cocks said this is a time for speed and responsiveness.

“Without quick action from the government, Canberrans are vulnerable to identity theft,” Mr Cocks said.

“Inaction will only make already distressed victims even more [so].”

Yesterday, Region questioned Access Canberra about what was happening. The only response at that time was that it was working through the “evolving situation” with other states and territories and Optus.

A day later, and five days after Optus first confirmed the breach, the ACT Government still doesn’t have an answer as to whether it will move to allow customers to replace their licences.

AAP is reporting a Labor caucus meeting today was told the option to allow Australians to change their licence numbers was being considered with the privacy commissioner.

In contrast, the NSW Government has set up a helpline for those impacted by the breach and is actively advising customers to apply for a replacement licence.

“Behind the scenes, the NSW Department of Customer Service, Transport for NSW, Cyber Security NSW, ID Support and NSW Registry of Births Death and Marriages are working with Optus to make the process of re-issuing of NSW identity documents as seamless as possible,” Minister for Customer Service and Digital Government Victor Dominello said in a statement.

Attorney-General Shane Rattenbury acknowledged there was a lot of uncertainty in the community about what the data breach meant. Photo: Michelle Kroll.

This morning, Attorney-General Shane Rattenbury, who does not have ministerial responsibility for regulation, was questioned about the breach on ABC Radio.

Mr Rattenbury said he and his colleagues would be having discussions about the implications of the breach for the Territory, including the need for changing licence numbers.

Ministers’ phone accounts are held with Optus, Mr Rattenbury confirmed, but he did not have details about what information had been held.

He said there would likely be future cybersecurity lessons for the local government from the event, but it predominantly sat with the federal authorities and Optus for the time being.

“As the ACT Government, one of the key planks of our security is … cyber [because] we have a lot of people’s information for the various interactions they have with the government,” he said.

This morning, a person claiming to be the hacker said on an online forum they would begin releasing data every day – and had done so already – unless Optus paid a ransom.

They later appeared to walk back that threat and apologised, saying the records published this morning had been deleted.

It’s unclear whether that was legitimate.

The breach is under investigation by the Australian Federal Police in conjunction with overseas law enforcement as part of Operation Hurricane.

If you are concerned that your information may have been included in the recent Optus data breach, check the Optus website for information and contact Optus via the My Optus App or call 133 937.

Support is also available via IDCARE, Australia’s national identity and cyber support service. Contact IDCARE for free help on 1800 595 160 or visit idcare.org. They also have a fact sheet available here.

The ACT Government, Access Canberra and the office of Minister for Better Regulation Tara Cheyne have been contacted for comment.

A Data breach is not the only time someone can steal your identity. I know of a stolen wallet that led to identity theft, all that could be done was to issue a new licence the number stayed the same! I think the government needs to get with the times and issue new licence number in the case of identity theft.

It’s really disappointing that the ACT Government which considers itself so progressive could not have responded as quickly and proactively as other state jurisdictions. Face palm!

The longer the ACT delays the more inept it looks. Surely it can quickly direct Access Canberra to allow all ACT residents whose details were compromised by the Optus hack to change their licence number. To refuse that means it doesn’t care about stopping identity fraud.

Unsurprisingly the government announces today they will essentially do nothing in helping change numbers for those affected. And if you do want to change anyway you will have to pay of course. No arrangement for Optus to pay as Victoria/NSW. When is the election again?

The non action by this Labor Greens Government on this issue is disgraceful.

If it were digital, things would be easy though!

As per usual the ACT are behind and lack using technology. Replacement would easy if we had digital licenses.

NSW Queensland SA and WA have all today announced plans to permit replacement of the affected licenses. Nothing from Andrew, Shane and Co. I hope the hackers are also having a rest tonight and not creating false Canberra identities.

Wait the government isn’t prepared to handle a last minute crisis? I AM SHOCKED.

if many organisations are doing the right thing. The driver’s licence shouldn’t matter. you need a lot of IDs to fake an identity.

Yes, and they have them all. Have you seen any news?!?!

Surely this is a joke!

The Optus catastrophe should trigger a broader debate (and a vigorous one at that) about the rampant growth in demands for production of and storage of photographic proof of ID in this country.

It is one thing to require such ID to be provided to entities whose services could be utilised for the purposes of committing serious crimes, but it is another thing to allow such demands to be made by businesses engaged in much less risky activities – e.g. clubs which apparently think that chaos and mayhem will ensue unless they capture photo ID from every punter who wants to partake of a lasagne and salad.

If it is within the power of state/territory governments to do so, the ACT government could take a lead by legislating to provide that unless required by federal or Territory law, driver licence data can only be requested and stored by an ACT entity with the express permission of the ACT government – with storage subject to strict conditions.

Related to your comment, HiddenDragon, I wonder why primary ID documents need to be held by any commercial entity at all?

My understanding of some discussion just a few years ago was that the Federal government was setting up a system in which an applicant to a commercial organisation could pass documentation securely to a Federal portal which returned to the commercial entity an authoritative validating credential. Thus, you are identified securely without the commercial entity needing even to see let alone store your primary ID.

Given a driving licence has similar status to a passport, why do not or could not the States avail themselves of the same system for validating licences? Why have State-issued rather than Federal driving licences at all, now that we have uniform road rules? The current State testing, authorisaton and rescission structures for licences would remain, just accessing a Federal database.

Maybe just do 240 in a 100 zone a few times, at least the licence will be cancelled and identity protected 😉

Surely the ACT Gov will see reason, and especially if other states offer this already why wouldn’t they allow it. I’m heading on in to front them this week and demand a new licence number.

We should be able to get a new license number. Don’t see what they issue is

Mel Mengelkamp at a guess it opens up a new avenue for potential identity theft they will have to manage.

Guy Manton so how will you prove you don’t owe money if someone takes a loan or credit cards out in your name?

Sash Sikk doing that anyway, still doesn’t explain why this government is so behind the times

Liz Hampton i agree and in the ACT their government doesn’t even allow the changing of drivers licence numbers regardless of a person’s personal details being stolen.

To be fair, it is very hard to even fathom that a data breach like this could take place. As such, they would never have the opportunity to think of contingencies. Give them a break.

It was hard to think that they would waste billions on a not needed light rail – but they did it anyhow. They don’t deserve a break.

Allowed to?!?!? In the age of cyber attacks it should be a default service. How hard is it.

Access Canberra have been exposed to this for years, they simply don’t care. My identity was stolen as my renewal notice was stolen from my letter box, the notice contains the date of expiry and the number. 2 credit card applications in my name later, and the response from Access Canberra, too bad no legislative basis in which the identifier can be changed.

Doesn’t make any sense, the legislation gives them the authority to manage a register, definitely doesn’t go into detail about specifics – such as whether licence numbers can be changed!

NSW Government is allowing NSW residents to change their license numbers…we live in a backwater 🤡🤡🤡🤡.

Angela Rundle it was announced last night during the national news. 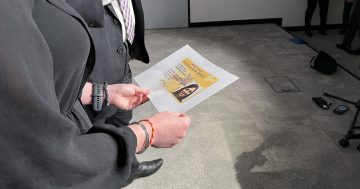