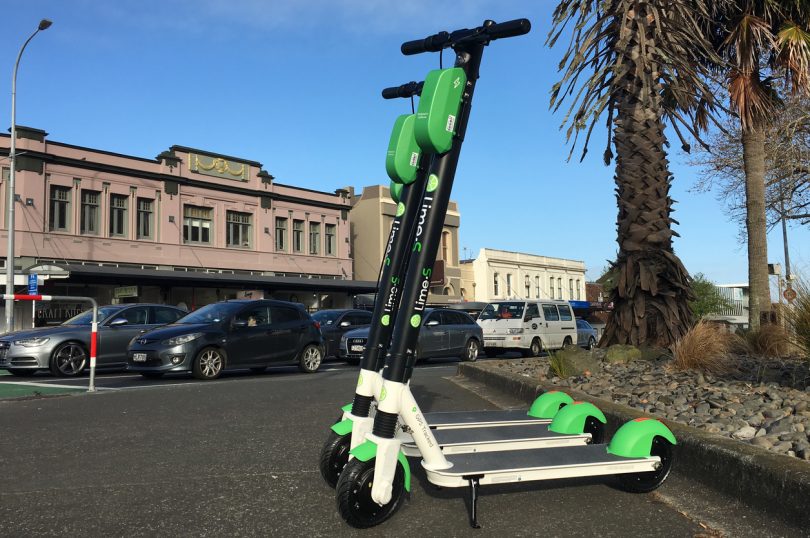 The ACT Government aims to ensure e-scooter regulation is in place before it’s too late.

The ACT Government is trying to keep pace with the increasing popularity of e-scooters in the nation’s capital and will begin to frame new rules and regulations around the new electric mode of transport.

Running on battery power, e-scooters – both personally owned and rented via scooter-share companies – are becoming a popular mode of transport in Australia’s capitals cities. While the current Canberra e-scooter community is quite small, ACT Road Safety Minister Shane Rattenbury said the local government wanted to address the issue of regulation before it arose.

Mr Ratternbury said ACT Government regulations have been left in the dust of new technologies and has tasked his staff to look at ways to facilitate the use of e-scooters in Canberra.

“We want people to be able to use e-scooters but we need to make sure they are using them safely. Safety will be the key thing that we try to think through as we work on new rules and regulations around this,” Mr Rattenbury said.

“In the last 12 months, there have been more e-scooters and e-skateboards on the road. There is no doubt they are becoming a more available and more affordable transport option for people.

“The sooner we get into this the better, so we can provide both safety and clarity for people who want to use these devices.”

According to the ACT’s Road Transport (Road Rules) Regulation 2017, motorised scooters are not allowed to travel faster than 10 kilometres an hour, with a maximum power output motor of 200 watts. Electric scooters are also banned from travelling on roads under the regulations.

Creating regulations around the electric devices, which are considered motor vehicles in some states, is proving difficult but Mr Rattenbury hopes to have the ACT framework in place towards the end of this year.

Mr Rattenbury said the government’s framework will regulate the power and speed of E-scooters to ensure the vehicles travel safely and legally in the nation’s capital.

Questions the government will seek to answer is the age required to drive an e-scooter, mandatory use of helmets, alcohol and mobile phone use and whether they can be ridden on footpaths and roads.

“There are discussions going on nationally and all the jurisdictions around Australia are having to think about these questions,” he said. “No one is quite certain about what the framework is going to be.

“We need to ensure that other road users know they are around. Some people are surprised by the speed of the e-scooters. It’s a surprise to both motorists and pedestrians.”

” eScooters are lighter and slower than eBikes.”

The NanRobot L57 has a 100km range and top speed of 90kph. The “framework” for regulation will not work as the police haven’t got the resources to enforce it.

Why wouldn’t they be treated the same as eBikes? eScooters are lighter and slower than eBikes.

“Nanny state bring in some more rules . We obviously don’t have enough yet.”

These things are not toys.

Last year there was an idiot in Tuggeranong who was riding an illegal, high powered electric bike. Several people wrote about it on this blog. He then hit a child on a shared path, seriously injuring her. Police seized the bike and charges were been laid but for some reason nothing more has been made public about it possibly because the police may have failed to act before the accident happened.

There are more idiots driving cars.

There is more news about the illegal e-bike incident in Tuggeranong last year in which a young school child was seriously and permanently injured on a shared path when hit by the large and fast bike. The culprit left the scene of the accident and hid the bike.

The sequel was last week in a Canberra Court when the man in his 40s was sentenced to 20 months detention in AMC.

Amazing that nothing has been published about this in the MSM.

This wouldn't have been necessary if people who use e-scooters had been more responsible themselves.

Does this bloke just spend all his time looking for things to make rules and regulations for?

Glad they're bringing in regulations.... Just for a moment, I thought I had to think for myself and take responsibility..... Glad that's not the case now :p

Max Kwiatkowski haha, that could be the APS motto too.

Can you ride it on the tram track? 🤣😆

Skaters are going to have fun destroying them

For goodness sake, ACT Govt, regulate the use of these scooters as soon as possible, so parents don’t have to be responsible! 😉🙄

The rules and regulations are going to be interesting..

Someone will get cleaned up by a tram for sure

You mean, teams will be towed around by the scooters!

I have seen a few of these operating in Canberra in the past 12 months. If they are going to be made legal in Canberra they should be registered for road use and riders should carry their own accident insurance as well as having a current drivers license.

They definitely should not be allowed to mix with pedestrians.

At speeds of up to 10 kph they will be faster that the Gungahlin-City rattler.

Samuel Gordon-Stewart - 41 minutes ago
John Hawkins I’m all for optional seatbelts (and optional helmets, for that matter). A spike in the steering wheel, while i... View
Stuart Brogan - 6 hours ago
James Hutchison of only there was a cycle network. View
Stuart Brogan - 6 hours ago
Carole Ford you are close, except cycling is actually not that dangerous, it is sold that way. The life expectancy of a cycli... View
News 19

Colin Ball - 8 hours ago
Why do they get game consoles?it's meant to be a place for punishment not reward, what about the people who have worked hard,... View
Steve Whan - 9 hours ago
Just curious, do instigators of damage have their terms effected due to vandalism caused? I dont know. Just curious. View
Inca Serrated - 10 hours ago
Not a single mention of the conditions that prisoners are living in... Lockdowns, no family contact for over a year, no meani... View
Lifestyle 14

Police issue a blunt warning to e-scooter users: don’t be an idiot