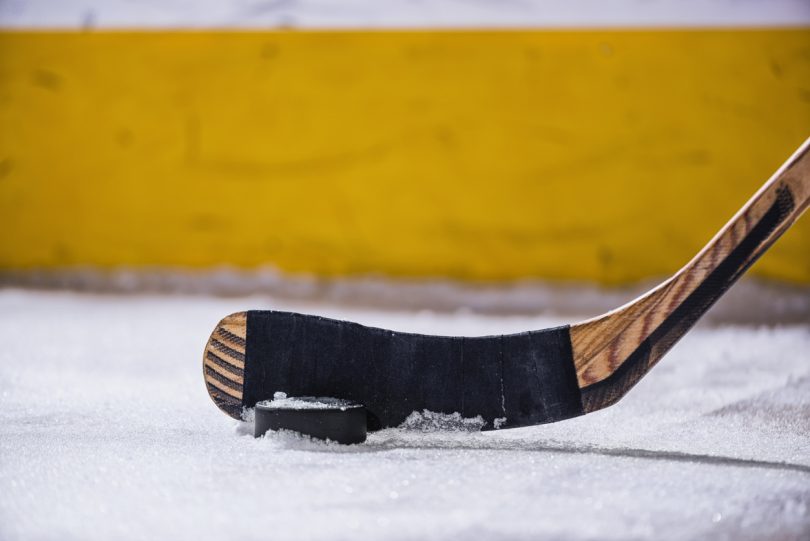 And in an attempt to quicken the process of bringing the “most overdue sporting infrastructure in the territory”, the Ice Sports Federation have called on two ACT MLAs to build awareness and advocate the need for the new facility.

During his election campaign in August 2016, the Chief Minister announced the ACT government’s commitment to partner with the federation to achieve a new ice sports facility, starting with the government’s funding of an options process.

Mr Barr said that the construction of the facility in Canberra’s south would commence within the four-year parliamentary term.

ACTISF has been working with a range of stakeholders, including representatives from all sides of ACT politics, community and sports groups, and Active Canberra to make the ice sports centre a reality.

The Federation has set the “optimistic but achievable” timeline of an operational new national ice sports centre in 2019-2020, which requires full community consultation, planning, and design.

The deputy Speaker and shadow minister for health and the arts, Vicki Dunne, said that she was looking forward to working with the ACTISF on the future of ice sports in the ACT.

“Canberra has been in need of a new ice sports centre for quite some time, and it’s important we develop a venue that allows local ice sports to grow while providing opportunities for all Canberrans,” Ms Dunne said.

The first-term Labor MLA for Murrumbidgee Bec Cody said she enjoyed the ice sports as a teen.

“I loved playing ice hockey as a teenager, and I would encourage Canberrans to take up the ice sports or recreational ice skating,” she said.

“I look forward to working with the ACT Ice Sports Federation on the future of ice sports in the ACT.”

Mr Prescott said the commitment the Federation shares with the MLAs is to community sport and building the National Ice Sports Centre will enable the ice sports to continue to develop and become more sustainable long-term.

“Our vision is for Canberra to become the national capital of ice sports, particularly as we are the gateway to the snow and have the Australian Institute of Sport right here,” Mr Prescott said.

“While developing elite programs will be part of our approach, we want to create new opportunities for our local kids including speed skating, curling and various disabled ice sports activities.”

“For the federation, it’s about utilising a new facility to give back to the community and growing our sports in the process.”

Not before time! Phillip Ice Rink has not changed in 30+ years

The WVCC is advocating to keep a new National Ice Sports Centre in Woden. We are centrally located on public transport routes so accessible to everyone.

Would the old home hardware wearhouse in gungahlin be big enough? There has been alot of talk of retail development vs community sporting centers. Close to other sporting facilities, accommodation, future light rail and its a bit of an eye saw at the moment...

Can anyone confirm who owns the land/lease?

That date has now closed but im not sure what other suggestions were provided by the public.

A twin sheet ice sports stadium would be very expensive to build and shouldn't the sole cost of the ACT Government . The are federal grants to be sort also partnering with a major shopping centre company could make the facility more viable.The ACT Ice Sports Federation said that they don't care where the location of the facility is but it needs to be i a location with adequate accommodation for teams ,/ competitors to stay in. Somewhere with established hotels like a town centre. Not somewhere like Stromlo Forrest park!

Some say partnering with a club so a new rink has access to poker machine access would be a winner. Some don't. The ACT government has spent $7.15 million on the Lyneham Tennis Centre (one sport only) and $15 million on the upgrades of Manuka Oval (two sports only). Considering Manuka Oval is used maybe 20 times a year and, apart from the indoor courts, the Tennis Centre is dry weather only, a new twin sheet rink should be a no brainer. Use the latest insulation, solar energy generation and freezing technologies to keep the greens happy then sit back and watch the ice sports communities book up all the available icetime every year.

So many pools in Canberra whereas we only have one ice rink ! Canberra is the only rink in the entire country that is not full Olympic size. 🙂 we have waited thirty years for a new rink so let’s hope it happens soon

That statement is not true as there are many ice rinks in Australia that are not standard size . International standard 60m x 30m . Phillip Ice rink 55m x 25m. http://www.ozskater.com/node/24

Martin Miller obviously I didn’t fact find. We are from a family of ice skaters in Canberra and my brother was an ice hockey player in Canberra for many years and it certainly is a disadvantage having the smaller rink. Many a trip we travelled to Sydney for practice. Also to factor in is the fact our rink here is so rundown and substandard compared to the rest of Australia and we certainly have been to them all here in oz. Canberra has some top sporting facilities and having this rink is absolutely essential 🙂

Agree, you have to wonder why Glencora Pty Ltd have let it run down and have not upgraded the facility at all.They have owned the whole facility outright since 2008.Yet nothing but excuses . Sell it to someone who can upgrade it!

Jan Moon unfortunately the rink was built after the pool. :(

Kasra Mn - 2 hours ago
At what $$ point is someone wealthy? View
Anita Patel - 3 hours ago
An excellent article. View
Sher Young - 10 hours ago
Wealth is alway about $$$ View
Community 10

Anne O'Hara - 5 hours ago
Hannah Zurcher I have no problem with workers going for what they think they are entitled to, I do have a problem with them p... View
Nathan Lofthouse - 6 hours ago
Sorry who else is pulling 4% p.a ? View
Keran Niquet - 17 hours ago
As usual Pinkas has got his head up his backside. Community support for his selfish actions is non existent! View
Community 1

jwinston - 16 hours ago
It would if it was rainbow coloured and all the legless lizards - oops, I mean handi-capable lizards - were all accounted for... View
Capital Retro - 17 hours ago
Amazing progress being made on this project. It couldn't happen like this in Canberra. View
Community 3

ACT garbage truck drivers voted this morning (25 November) to reject an 8.3 per cent pay rise over three years,...
*Results are based on activity within last 7 days

@The_RiotACT @The_RiotACT
Here are our top ten picks for your week ahead, including plenty of music and a fascinating talk from Sir Peter Cosgrove https://t.co/9liIXAVWGu (6 hours ago)

@The_RiotACT @The_RiotACT
The DA for the Fyshwick waste plant is going ahead after the government refused requests to talk to the proponent https://t.co/5dJmVGXVLj (8 hours ago)