ACT judo star of the future takes out another championship 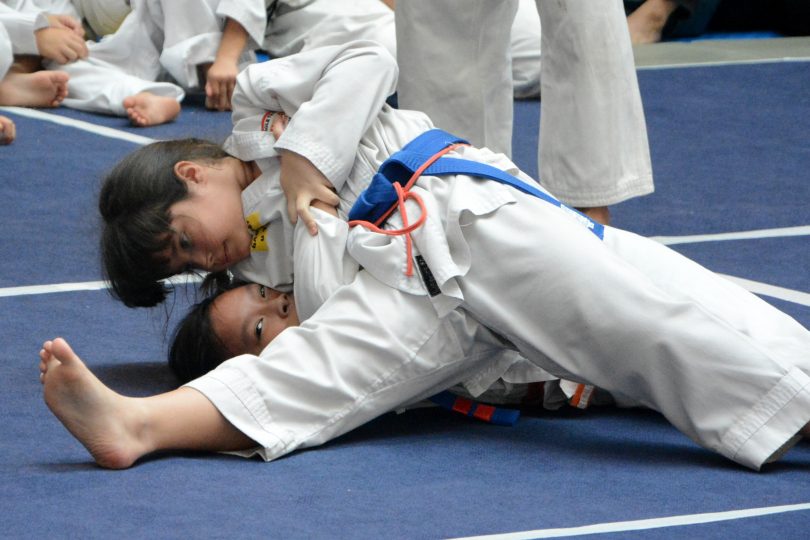 Gabi Cleary during a fight in Malaysia in 2015. Photo: Supplied

Judo might seem like a physical, bruising martial art where bodies fly through the air and people are pinned to the ground or put in a headlock with the sole aim to immobilize and subdue an opponent, but judo actually means “gentle way” in Japanese, where physical prowess isn’t the most important skill; rather it is mental discipline and technique that are the key skills to master.

And that is where the current ACT Junior Girls Champion is at her best.

Gabi Cleary is only 10-years-old and she is already showing girls and boys heavier and taller than her that her diminutive body is a force to be reckoned with. Fighting in the girls’ junior category in the under 44-kilo category, Gabi is the 2017 Judo ACT Junior Girls Champion across all weight categories, having a fantastic year which saw her walk away from her 3 major tournaments with 2 golds and 1 bronze medal.

The prominent award is based on accumulated points from competitions throughout the year, and given Gabi’s stellar year, the award was well deserved. According to the Judo Federation Australia rules, junior girls are aged 9-11, which means Gabi will move up to senior girls next year as she’ll turn 12 in June 2019.

Judo runs in the family, with both of Gabi’s parents being judokas when they were younger. They encouraged Gabi to take up judo for its discipline and for her to learn how to protect herself.

Gabi started judo when she was five years old and a year later she was already winning medals. By December 2017, she was crowned 2017 Judo ACT Junior Girls Champion across all weight categories.

Though she was fighting in a category she had never fought before, the young, feisty Canberran made it all the way to the gold medal match. All that was ahead of here was a girl five kilos heavier than her and a head taller. Gabi defeated her in under two minutes.

Despite Gabi’s small stature, she uses her height as a strength – enticing her opponents to grab her around the neck so she can use her favourite move. 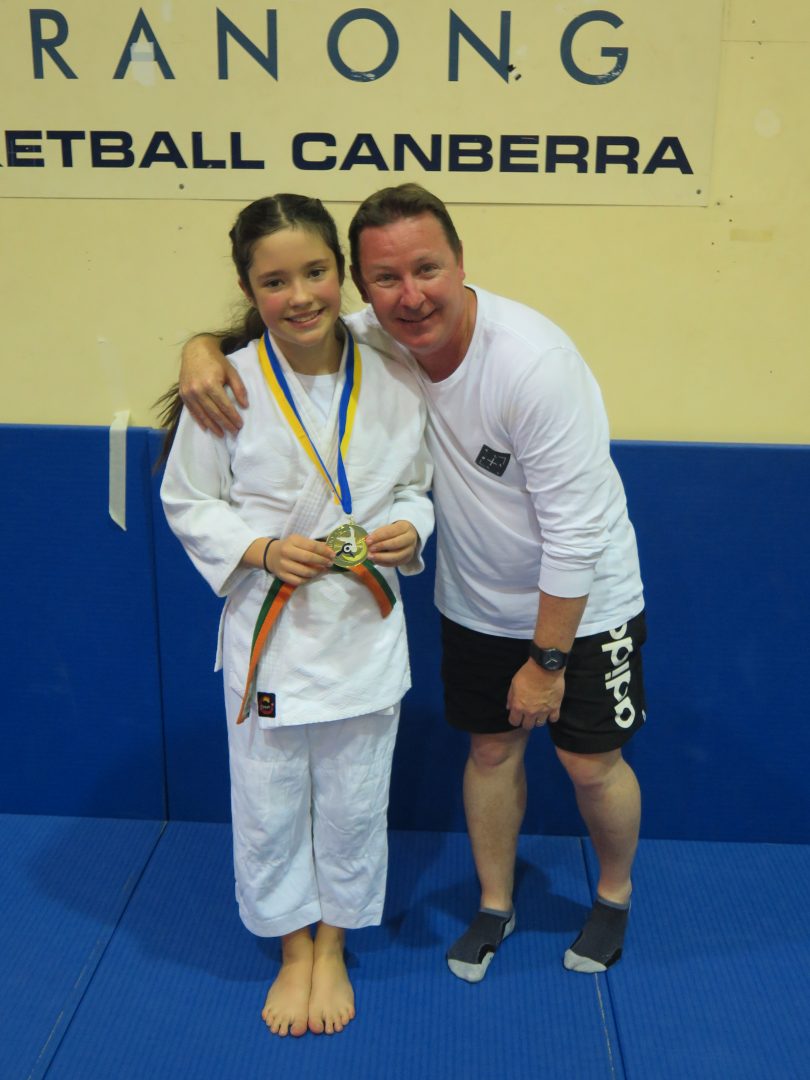 Gabi’s coach Andrew Fairhall said that his young pupil is a star of the future.

“Last year in the ACT International, she went in very nervous and with Gabi a lot of it is confidence, so if you get her up, she is good, so you just got to get her in the right mindset. Skillwise, technique-wise, she is brilliant.”

“I try to calm her down which is the biggest thing, because she does get very nervous and then during warm-ups I’ll just run her through the same things that we have been practising through the week, just refreshing her memory.”

According to her coach, what separates her from the competition is the effort she takes to understand her rivals.

“Gabi will sit beside me during the competition and look at the way her competitors fight. She can see what they are doing and can point out to me their weaknesses and tendencies, which is different from the other girls. The best judokas do the same thing and they will study to know each others strength and weaknesses.”

Gabi trains at Ni Bonchi Club, located at the Lanyon Rugby Club, which is the home to some of the ACT’s finest junior girls judokas. Her club mate Charlotte was the 2016 ACT Junior Girls Champion but has now moved up to senior girls this year. Mr Fairhall said that the sense of competition at the Ni Bonchi Club helped his pupils improve.

“The four young girls at the club are all top level in the girl’s divisions, so it helps them to train at a very high level. They are even better than some of the boys, which makes them [the boys] feel quite intimidated and scared of being beaten up by the girls.”

Of the four girls from Ni Bonchi, two won gold (Gabi and Charlotte), and another won silver (Jessica) in their divisions at the Championship last weekend.

At just 10-years old, Gabi has got the technique and the mentality to take on anyone, and maybe push on to become a future champion for Australia.

consumeradvocatecanberra - 8 hours ago
The elephant in the room is of course that we are used to taking the car. Have yoursay and other window dressing engagements... View
show more show less
*Results are based on activity within last 7 days

@The_RiotACT @The_RiotACT
As the winter chill descends, Canberrans are donning their traditional winter garb. But our weekly poll asks if it's a flannie, a flanno - or a booner doona? https://t.co/JemNWfUBre (5 hours ago)