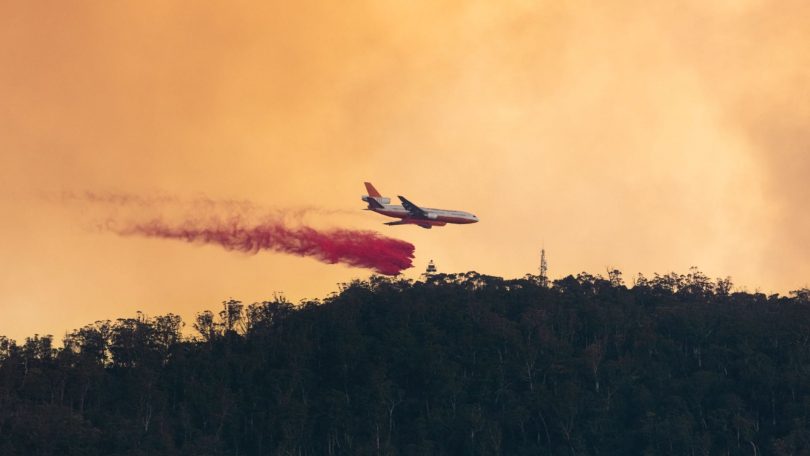 The ACT was almost overlooked for an aerial firefighting asset despite upgrades to the airbase, Commissioner Whelan said. Photo: Thomas Lucraft.

However, she said a fight over resources is more likely in the future as bushfire seasons overlap and resource sharing becomes critical.

“In the past, we have been very fortunate that our [bushfire] seasons start very early in the north then work their way – almost in a clockwise direction – around our country. We have been able to almost leapfrog our resources from one state to another,” Commissioner Whelan said.

“[But] there may come a time where we are not able to flex those resources as successfully as we have.”

Whereas it was normal for two states to fight bushfires concurrently, this jumped to five jurisdictions battling blazes during the black summer bushfires forcing states like NSW to call in help from New Zealand, Canada and the United States.

When a jurisdiction’s resources become stretched, or additional help is required, the state or territory’s fire commissioner would usually make a request through the Commissioners and Chief Officers Strategic Committee (CCOSC) which comprises of Chief Officers and Commissioners from Australia and New Zealand fire and emergency services agencies.

However, while CCOSC would provide “a collaborative framework for learning and sharing”, it has now moved to try to fill the “void across the emergency services to be able to come together and get situational awareness of what the national resource picture was”, Commissioner Whelan said.

In layman’s terms, CCOSC is not set up to direct or prioritise assets nationally or consider what is in the national interest, as Chief Officers and Commissioners would offer spare resources to other jurisdictions that require them instead of deciding where they go.

“In a time of time of crisis where a decision may have to be made to prioritise – I am not sure CCOSC is authorised,” Commissioner Whelan said.

“Ultimately I am not authorised to make decisions on whether one jurisdiction is more worthy of a resource than another.” 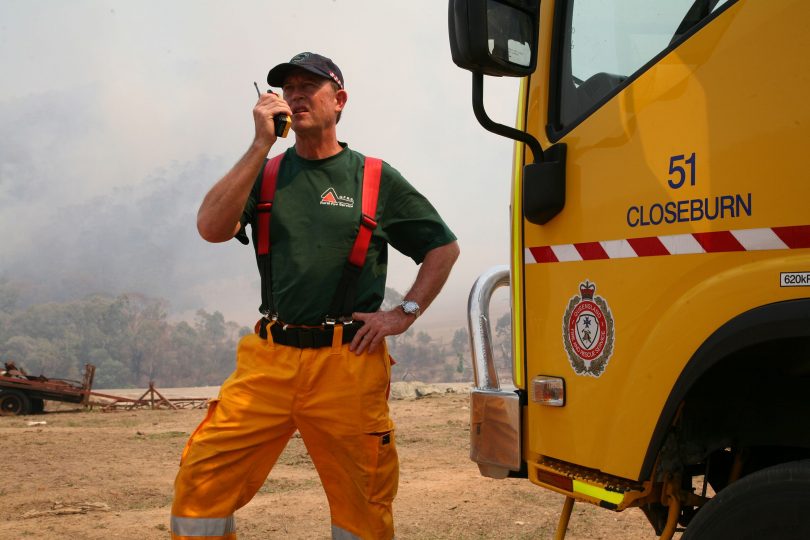 While the ACT was not outbid this season (as no bidding war took place), it came close, Commissioner Whelan said.

“Where it does become tricky is in the aerial firefighting capability – there was significant correspondence in relation to where additional aircraft should be located over summer,” Commissioner Whelan said.

“We put a very strong bid forward for an aircraft here in the ACT – we invested heavily in an airbase – but it was the view of others that that aircraft would be better served in another state.

RELATED: ‘No closure’: local RFS brigades look for answers from the Royal Commission

“Ultimately, we were allocated that aircraft, but I think it would have been a very interesting conversation if another decision had been made at the time. We have never got to that point [of a bidding war], but certainly, there is the potential for that to occur.”

Commissioner Whelan said she was not critical of how the Committee had worked in the past – and it remains an excellent forum to provide information – but it may not be equipped to handle future challenges.

The royal commission will continue to hold hearings this week focusing on national co-ordination of assets, decision making, situational awareness and COVID-19 responses.

All hearings are live-streamed on the royal commission’s website at www.naturaldisaster.royalcommission.gov.au.

Denise Bourke - 6 hours ago
insurance'll cover that Shirley View
John Killeen - 7 hours ago
At least the new electric fire trucks will always be first on-scene to a battery fire! View
Colin Mitchell - 7 hours ago
Nick Anderson and they don't have service to... View
Opinion 2

@the_riotact @The_RiotACT
Pilot. restaurant has been applauded for "playful, confident and polished" food by @GourmetTweets, who gave the Ainslie local their gong for #Canberra's best #restaurant https://t.co/KU7VsT8YEG (9 hours ago)