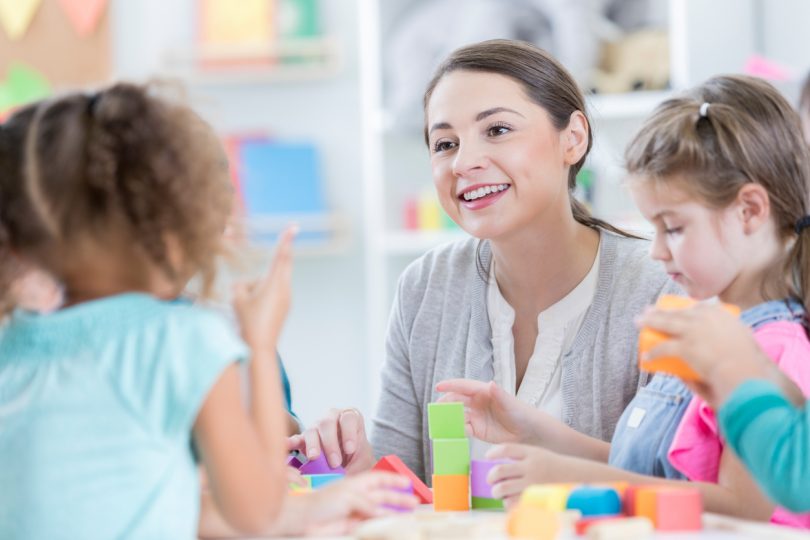 Child care is a pocket-draining experience for many Canberra parents. Photo: File.

ACT parents are forking out more of their incomes for child care than other families in the nation, whether that be for long day care or family day care.

The latest Report on Government Services data from the Productivity Commission shows the cost of child care is the highest in the nation.

The report says the median cost of weekly long day care in the national capital, based on 50 hours of care, is $560, $70 above that paid by NSW and Victorian parents, and $100 more than the national figure.

For family day care, the gap between what ACT parents pay and the national median cost is even greater. In the ACT it is $510 a week, $110 more than the national figure.

The next most expensive family day care is in the Northern Territory at $475 a week, but the cost in NSW (380) and Victoria (400) is much lower.

The data also shows that Canberra parents are spending much more of their incomes on child care than those in other jurisdictions, based on what families with $75,000 gross annual income will spend on one child for 30 hours of long day care and family day care after child subsidies.

Family day is also consuming more of ACT parents weekly incomes than anywhere else, at 7.1 per cent. The national average is 5 per cent, with the NT at 6.8 per cent. Before subsidies, it is 23.7 per cent.

The ROGS data also poses some questions about the quality of care, with the ACT recording the highest rate of serious incidents in the country at 171.8 per 100 approved services for long day care.

The report says 42.7 per cent of ACT children attended Australian Government Child Care Benefit approved child care services in 2018, while 99.4 per cent were enrolled in a preschool program.

Minister for Education and Early Childhood Development Yvette Berry said in a statement that the ACT Government was committed to giving every child the best start in life and the ROGS report showed it was making a difference for children and their families.

She said the ACT Government had over time taken steps to ensure there was a good supply of services available across the Territory and competition between service providers.

“This year the ACT is taking the first step towards universal access by providing access to 15 hours per week, 600 hours per year of education for a targeted group of up to 300 three-year-olds in Early Childhood Education Care services and 100 places in Koori preschool.”

She said that for the second year in a row more children aged five years and under in the ACT are attending an Australian Government approved early childhood service than any other jurisdiction.

Liam Hambridge - mum read this & is putting her rates up! 🤣🤣

Of course, they're the ones who chose to procreate. Maybe they can pay their own way?

Tim Cole that's one perspective, but those who don't procreate rely on other people's children as the workers and taxpayers to deliver the goods and services they expect throughout their lives

It makes sense since Canberrans earn on average the highest wages in the country. They think we all have cushy public service jobs and are made of money lol

Veronika Sain to hire an Australian would cost far more than child care, in childcare how much you pay (partially) reflects the 1 to 3 ratio, you'd be looking at a daily rate of $200 if an Australian was paid the minimim wage and insured

An overseas au pair with live in accomodation costs $200-$250 per week. So you can see the advantage of doing that instead.

But a good au pair or child care worker does more than just baby sit.

And they have actual qualifications.

If you assume a baby or toddler needs a formal education before entering preschool. A warm caring person who plays with them and reads to them is really all that’s necessary. After all stay at home parents or grandparents don’t have childcare certificates.

Au pairs are different. They exchange services for food and accomodation and this is deducted from the wage they might receive.

“Au pairs receive pocket money from the host family for their work. Au pairs are entitled to receive the national minimum wage, which amounts to $18.29 per hour (gross). The average cost of "room and board" (AUD $350) is to be deducted from the total. On this basis, we can recommend an amount of 200-250 AUD for 30 hours/week.”

It’s a system set up to allow young people to travel overseas and live cheaply as they don’t pay for accommodation or food.

I still think there’s a niche market here to allow poorer students or young people to do this.

Jerome Boland what if there were more than one?

Ian McLeod - 18 minutes ago
Charles Godworth yes I do and I also upgraded to three phase and will install a Zappi charger, but most won't need it. The po... View
Ian McLeod - 34 minutes ago
Ben Garden which is what I'm doing and around town 2KW home charging is fine View
News 27

Robert Taylor - 22 minutes ago
I suppose it was unsafe and could not be kept for pedestrians & bikes. Sad View
Stephen Murray - 3 hours ago
I remember the punt that the bridge replaced. View
Christopher Cuba Rabanal - 5 hours ago
I’ve heard the best fish and chips in the bay is closing due to the lockdowns. That’s pretty sad 😢 View
News 27

The benefits of family day care

Tips for transitioning children and families to child care